Want to know which cars you should avoid? Then step this way. Our latest car tests have revealed two new models you should steer clear of, plus find out the latest news on which car manufacturers are going electric.

You’ve spent days wandering showrooms and scouring manufacturer websites trying to find your next car. You’re finally ready to make your choice and drop thousands of pounds on what seems like your ideal car. But when you get it, something’s not right.

The seats aren’t comfy on a long journey, the boot is a bit too small, and the engine is a bit too thirsty. Maybe it doesn’t handle well on the motorway, or your passengers complain about the space in the back.

It’s not always easy for you to get a full picture about a car from a test drive, which is why we do more than 100 tests on each model we review. Not only can we help guide you to your ideal car, but we can also warn you off the ones you should avoid – like the two Don’t Buys uncovered in our latest lab test.

Cut to the quick and take a look at all the cars we’ve rated highest – see our best cars.

Two estate cars are going head to head, competing for more than £30,000 of your money. The Volvo V90 joins the XC90 SUV and S90 saloon at the top of Volvo’s range and it shares both of those cars’ stunning looks.

The VW Passat GTE Estate is a plug-in hybrid version of the standard Passat Estate. While it isn’t as handsome as the V90, it could be cheaper to run – depending on where you drive and whether you can charge it regularly.

In round two of our motoring battle royale, we have two city cars – the Ford Ka+ and the Suzuki Ignis. Small they may be, but both have four doors, and the Ignis even has a four-wheel-drive option.

Finally we have the 124 Spider, Fiat’s convertible roadster. Will it be a better option than the Mazda MX-5 – which it’s based on – for pure driving fun? 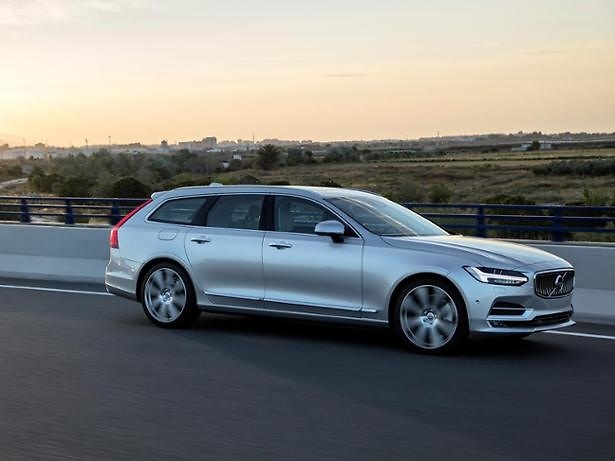 Classy is the word that springs to mind when you see the V90. Its understated aesthetic shows that Volvo really has ditched the boxy look that was synonymous with its cars.

The good looks continue inside the car. Full of leather and (as an option) pale wood, the interior is luxurious, comfy and a lovely place to be. There’s a mighty nine-inch touchscreen nestled into the cabin, too, just to remind you that this is a modern car and not a Swedish chalet.

It’s also massive. The interior, boot and sheer dimensions of the car could make this an unwieldy beast if Volvo hasn’t nailed the handling. The size and weight could affect fuel consumption, too. Our full review has our tested mpg figures, so you know how much the V90 will cost you in the long run.

We tested the D5 diesel model that can independently switch between four and two-wheel-drive when needed. For this car to be truly luxurious it will need to be smooth on the road, and Volvo hopes its adaptive damping system will negate any bumps and ruts in the tarmac.

Find out whether this car is as good to drive as it is to look at. Read our full verdict of this beautiful estate in our Volvo V90 review. 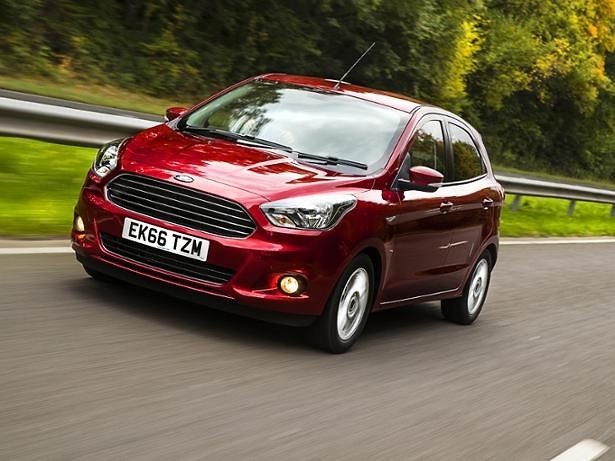 The original Ka was a stylish city car favoured by newly qualified drivers. The Ka+ is a little larger than its forebears, but it’s still a low-cost car that’s designed to be nippy and easy to drive.

Despite being a city car, the Ka+ is only slightly smaller than the Ford Fiesta. In fact, it’s a little bit taller than Ford’s superstar small car. It’s available for under £10,000, though, so don’t expect all the bells and whistles you get on a Fiesta. You’re limited to a 1.2-litre petrol model, which is available with 70hp or 85hp.

If you want to keep the cost below five figures, you’ll have no choice but to opt for the lower-powered engine in entry-level trim. But you will still get a five-door car since there’s no option for three.

A pared-back cabin is another sacrifice you’ll need to make, but we found the Ka+ to be comfy for anyone riding in the front.

Is the Ka+ cheap and cheerful, or have too many sacrifices been made to keep costs down.

Read our full Ford Ka+ review to find out about its fuel economy, reliability and the all-important final verdict. 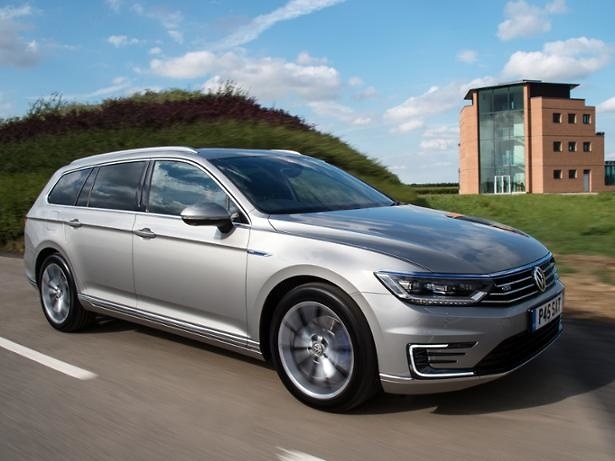 For all intents and purposes, the Passat GTE estate is a top-of-the-line Passat Estate with boatloads of kit. But it has one key difference – it’s a plug-in hybrid.

It has a hefty battery pack helping out the petrol engine with the aim of increasing fuel economy. You can charge it from the mains and take advantage of the government’s plug-in grant to save yourself £2,500.

The GTE Advance is where you’ll see the fanciest extras, such as a panoramic roof and a 360-degree camera that gives you a view right around the car, which is useful when you’re parking because this car’s footprint isn’t small.

It’s big outside and in, although you will need to concede some boot space to the battery – it has to go somewhere.

The big question is whether the extra you pay for the GTE version is worth it over getting a conventionally powered Passat Estate, particularly now that petrol engines are back on the menu following the brand’s well-publicised dieselgate scandal. We’ve done our own mpg tests on the hybrid to see just how big an improvement the new engine makes on fuel economy.

Find out whether the difference is significant in our VW Passat GTE Estate review. 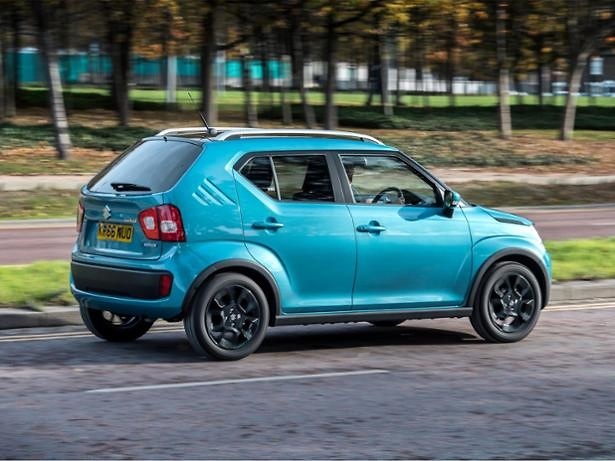 The Ignis is styled like an SUV, but it looks like a toy compared with the likes of a Range Rover. It’s a good thing, too, since it’s designed for navigating narrow city streets.

It’s a small car by design, but it’s still bigger than many other cars in its class, and you can even buy a 4×4 version if you need the security of additional traction in slippery conditions.

The power may go to all four wheels, but that won’t count for much if the engine can’t handle it. Depending which trim level you go for, you’ll get the option of a 1.2-litre dualjet petrol engine or the SHVS hybrid engine. The latter is a mild hybrid, which means it doesn’t offer any form of battery-only propulsion, and it helps the petrol engine out at low speeds.

A 1.2-litre engine may be enough to keep the Ignis motoring around town, but off-road and on a motorway could be a different story.

Head to our Suzuki Ignis review to see whether this city car with 4×4 aspirations is a refined gem or a trundling dud. 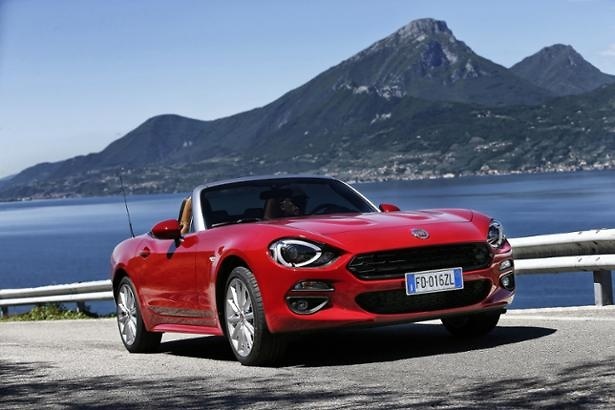 Fiat’s aggressive-looking sports car wants to steal some of the limelight from the Mazda MX-5. With its classically proportioned roadster styling, it’s an attractive car that should appeal to anyone in the market for a compact, nippy convertible.

Practicality isn’t its strong suit, of course, and you shouldn’t buy one of these if you’re looking for legroom or boot space. It’s the drive that matters most, and we pay extra attention to how sports cars handle and how enjoyable they are to drive, whether you’re cruising down a coastal road, weaving through mountain passes or heading down to Asda.

It’s built in the same factory as the Mazda MX-5, but Fiat put in its own engine, so the two cars do feel different to drive. But which is more agile, quick and fun? Read our full verdict on the Fiat 124 Spider and see whether the Mazda MX-5 has cause for concern.

We’ve seen a spate of announcements from big manufacturers about their plans for electric vehicles. Most recently, it was Jaguar Land Rover that revealed it would make only hybrid and electric cars from 2020.

The deadline is sooner than we expected, given that it has been less than a year since the company unveiled its first electric concept car, the I-Pace. 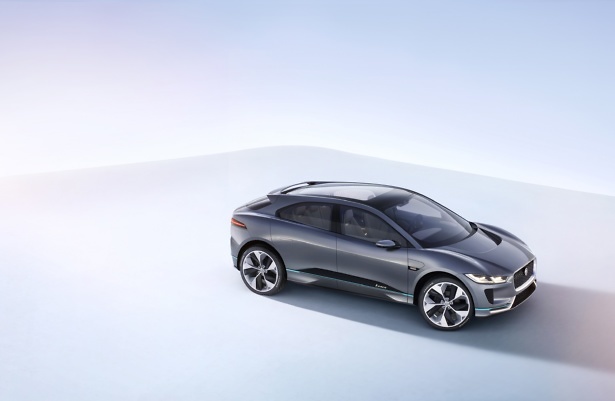 Still, it’s not as quick a turnaround as Volvo, which pledged to only manufacture electric cars from 2019. The Swedish brand will make some hybrid cars, but the focus will be on electric models.

Other manufacturers have shown their support for electric cars, although not as emphatically as Volvo or Jaguar Land Rover. BMW said it will have 25 electric cars on sale by 2025, although only 12 or so will be fully electric.

Nissan also announced the new Leaf earlier this month. This all-electric car, which is significantly better looking than its predecessor, also has improved range. Nissan claims you’ll be able to travel 50% further on a full charge.

More intriguing is the new one-pedal system. The ‘e-Pedal’ starts the car and controls braking and acceleration. There is a standard brake pedal, too, if you’re a traditionalist, but Nissan says the new pedal will improve efficiency. 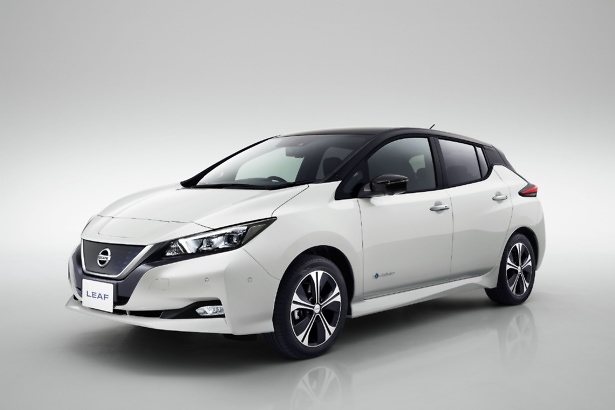 It remains to be seen how long it will take other manufacturers to follow Volvo’s lead. But with China (where more cars are sold than anywhere else in the world) and France joining the UK in banning diesel and petrol cars by 2040, and Norway phasing out traditional-fuel cars by 2025, they will all need to act sooner rather than later.

Ready to make the switch? See the best electric cars on sale today.