The Chancellor has announced that new diesel car owners will face higher car tax rates as of April 2018, while fuel duty has remained frozen.

In the quest for cleaner air in our towns and cities, the government will also be investing £400m in the electric charging points infrastructure, and £100m in the plug-in car grant.

The government wants to see fully self-driving cars, without a human operator, on UK roads by 2021.

Everything you need to know about the Autumn Budget 2017.

The Chancellor announced today that owners of new diesel cars registered on or after 1 April 2018 that do not meet the latest emission standards will have to pay a higher rate of VED (better known as car tax) in the first year of ownership, increasing the payment by one band.

The Chancellor made it clear that this only affects diesel car owners – it does not affect diesel van owners.

Currently, for cars registered as new on or after 1 April 2017, owners have to pay a first-year rate based on CO2 emissions, then a standard rate of £140, or £130 for hybrids and other alternative-fuel cars. Only electric cars are exempt.

The levy on diesels will fund a new £220 million clean-air fund to support the implementation of local air-quality plans.

For more information on the existing rates, see our guide to car tax.

While it was rumoured there would be an increase in fuel duty on diesel cars to further crack down on pollution, the Chancellor has instead continued to freeze fuel duty.

The UK already has the highest tax on diesel (and petrol) in Europe. Below is a chart showing the current diesel fuel duty across Europe: 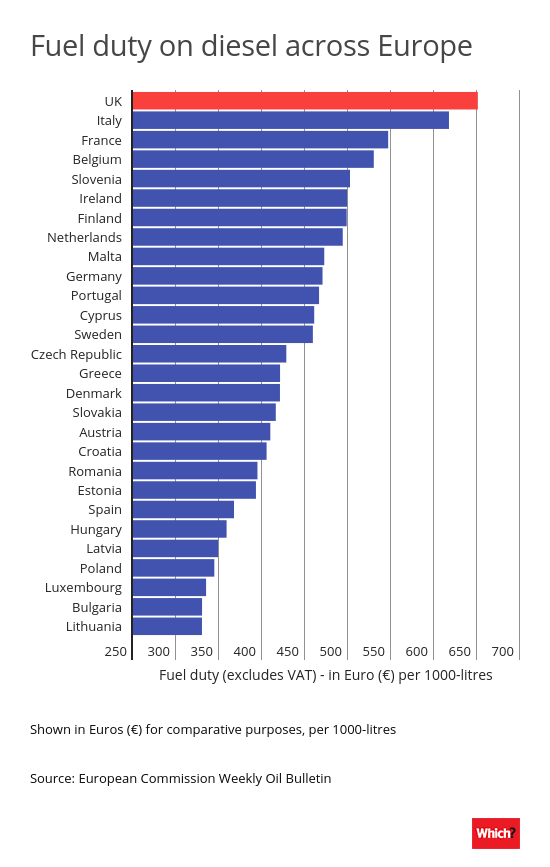 Is it fair to penalise diesel cars?

Air pollution is a very real problem in the UK. It only took five days for Brixton Road in London to break its NO2 (nitrogen dioxide) limit for the whole of 2017.

NO2 is one of the NOx gasses (oxides of nitrogen). While all cars with a combustion engine will produce some NOx, Which? tests reveal diesel cars produce about 16.5 times more NOx than petrol cars.

While the precise number of fatalities from air pollution is a very difficult figure to pin down (estimates range up to 40,000 deaths per year in the UK), we do know that high-pollution days coincide with a higher rate of hospital admissions and premature death.

All cars sold in the UK and Europe have to adhere to emission limits. We have been measuring emissions from the cars we test and have found that while cars of all shapes and sizes have to adhere to the exact same limits, the amount of NOx that diesel cars produce varies significantly by brand.

Here is a chart showing brand averages of NOx emissions from diesel cars, as revealed by Which? tests between 2012 and 2016: 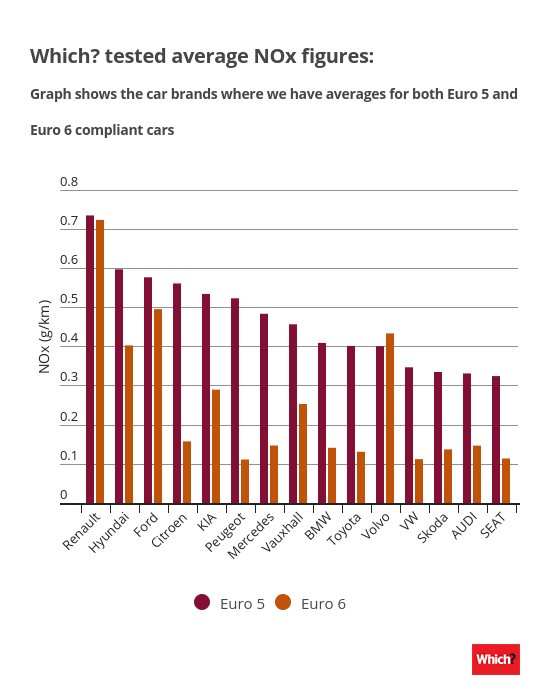 Modern emission limits as we know them first came into force for all cars in January 1993. This was called Euro 1. It specified maximum limits for several pollutants that cars could emit during official testing.

Car emissions matter. That’s why we measure the pollutants of every car we put through our realistic tests. Find out more in our guide to the dirtiest and cleanest car makers revealed. 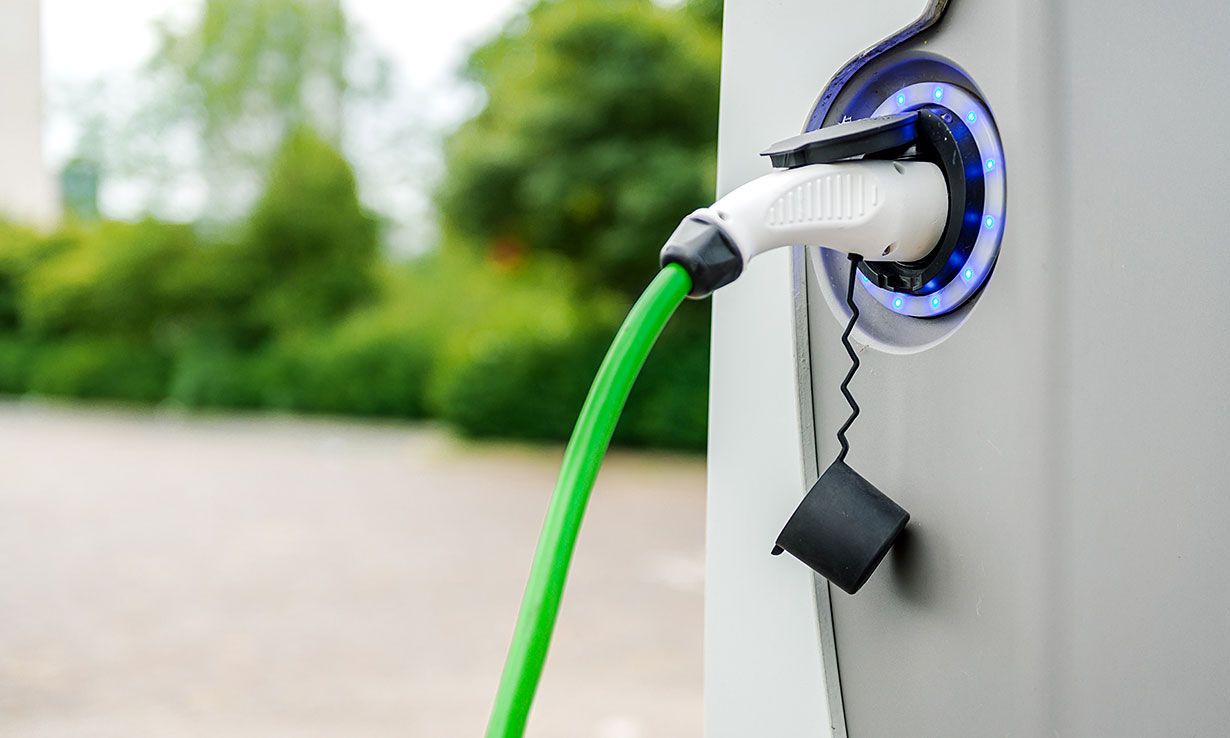 Key announcements in the Autumn Budget 2017 were:

Following on from the Air Quality Plan earlier this year, which banned the sale of new non-hybrid petrol and diesel cars from 2040, the Chancellor announced investment in the charging network for electric cars.

So far this year, electric car sales are close to 12,000, according to data published by the Society of Motoring Manufacturers and Traders. That’s a 38.8% rise on the number of sales compared to this time last year – but it still only makes up 0.5% of all car sales.

Those considering going electric should also note that you can get a 75% government grant on getting a charging point installed at your home. For more information, see our guide to buying an electric car. 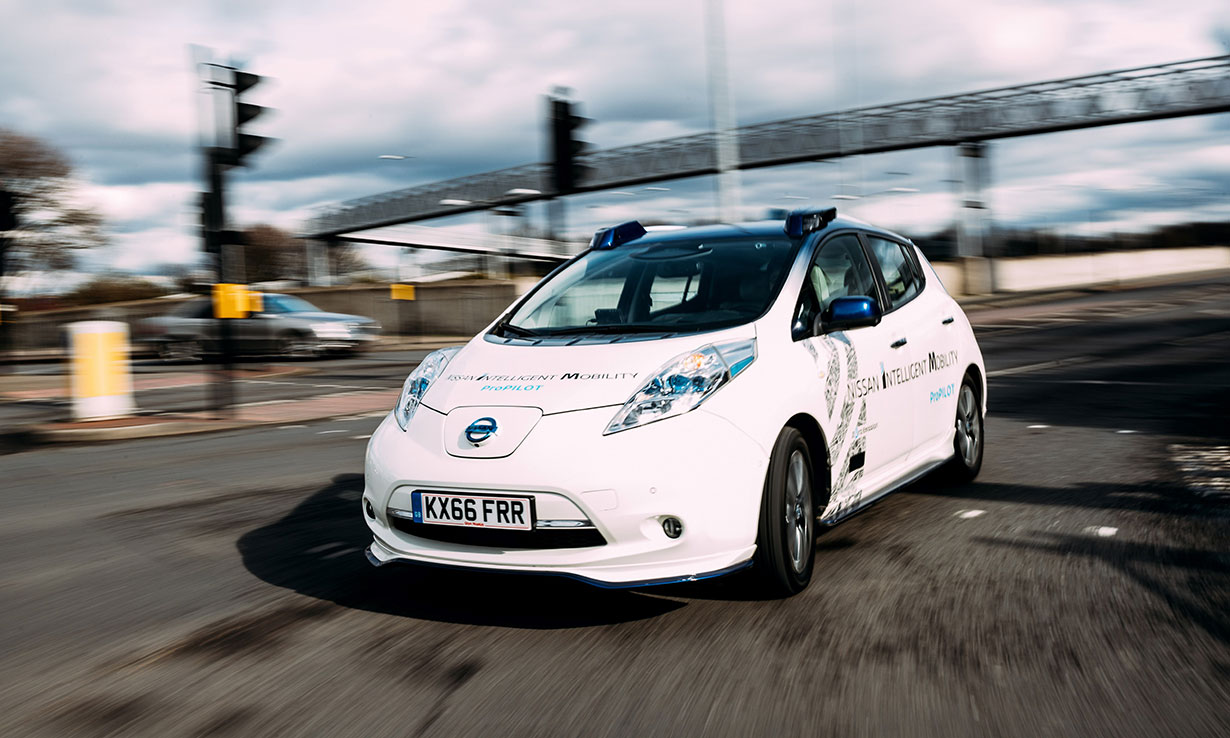 ‘We are on the brink of a technology revolution’, said the Chancellor in his speech today. It seems the future of the car industry is not just electric (and possibly hydrogen), it’s autonomous.

While the emphasis of the speech was on investment in electric cars, the budget does set out that the government will make ‘world-leading changes’ to the regulatory framework.

The National Infrastructure Commission (NIC) will also launch a new innovation prize to determine how future roadbuilding should adapt to support self-driving cars.

Correction: Amended on 22 November 15:14 and 24 November 16:55 to clarify rules around the diesel car-tax rate change.