Bose’s latest Bluetooth speaker, the SoundLink Micro, can fit in the palm of your hand – but it will still set you back £100. Is Bose’s audio prowess enough to give you stellar sound from such a small speaker, and is it worth the money?

If £100 sounds too steep for a speaker no bigger than a crumpet, the Jam Blaze may be more up your street. It’s £40 and has built-in lights, so you can throw your own miniature disco.

Elsewhere, JVC has expanded its portable range with the SP-AD80. It’s clearly designed with festivals in mind, as it includes a torch to illuminate your way through dingy fields and poorly erected tents.

Some of the greatest guitarists of all time have played on Fenders – and now you can play your music through a Fender speaker. Has the brand’s knack for tremendous-sounding guitars translated into its Bluetooth speaker?

Wireless and Bluetooth speaker reviews – get great sound at home or on the go. 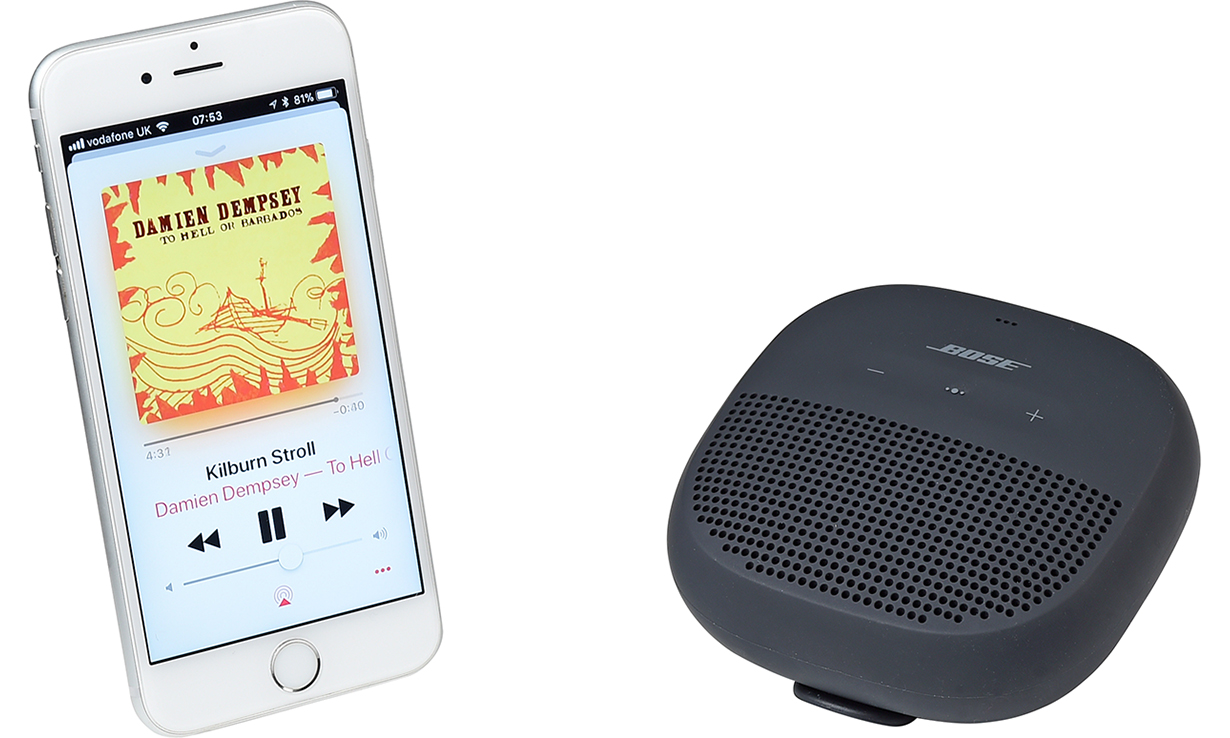 This hockey-puck-sized speaker is the smallest Bose has ever produced and it’s absolutely designed for the outdoors. A clip means you can fasten it to a bag strap or a bike, plus it’s made of silicone rubber, which will do a better job of surviving a fall unscathed than hard plastic. It’s waterproof too, with an IPX7 rating, so it can be submerged in water up to a metre deep for half an hour. It doesn’t float, though, so don’t drop it in any lakes.

The built-in microphone means you can use it for calls without disconnecting your phone. But that’s not all it can do. Bose has worked with Google and Apple to bring Siri and Google Assistant to the device. The voice commands don’t control the speaker, but control your phone instead. You could ask your speaker to put a call into one of your friends and it will trigger your phone to do so.

Bose is renowned for getting great sound from small packages, but is the SoundLink Micro a step too far? Our expert listening panel has listened to an array of genres to see how well the Micro copes with a variety of styles. You can see the results of our in-depth tests in our Bose SoundLink Micro review. 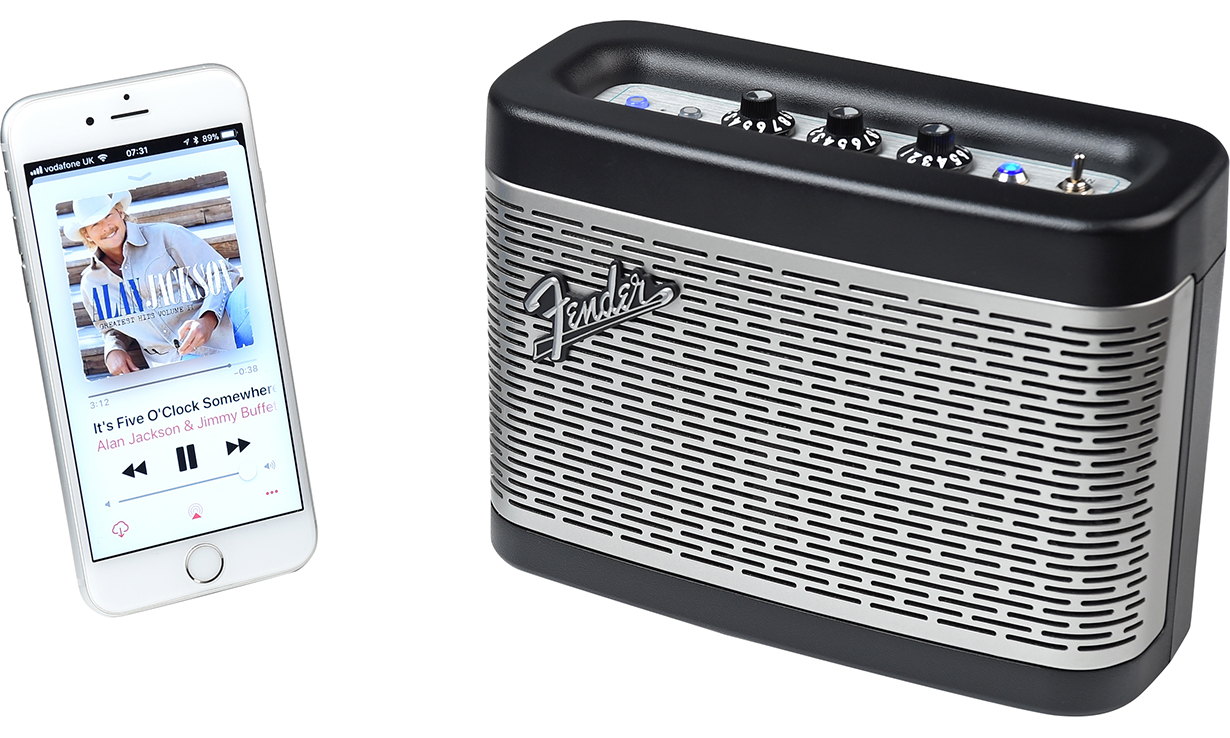 It looks like an amp, but you shouldn’t plug a Stratocaster into it. It’s a Bluetooth speaker, so you shouldn’t really need to plug anything into it. It looks terrific, with authentic dials and a metal grill, but the tech inside is much more modern than the retro exterior would suggest.

You can alter the bass and treble with the dials on top and charge your phone using the speaker’s battery, and it can be linked with other speakers to create a multi-room system. There’s no need to disconnect if a call comes through either, as you can use the built-in microphone as a mouthpiece.

It’s heftier than most Bluetooth speakers, tipping the scales at 1.5kg, but the claimed 12-hour battery life should last you the whole day. Still, it could become an unwelcome bulk in your backpack and might be better suited if you’re driving to your destination rather than walking.

Can Fender tune its guitar audio excellence to the portable speaker market? Head to our Fender Newport review for our expert verdict. 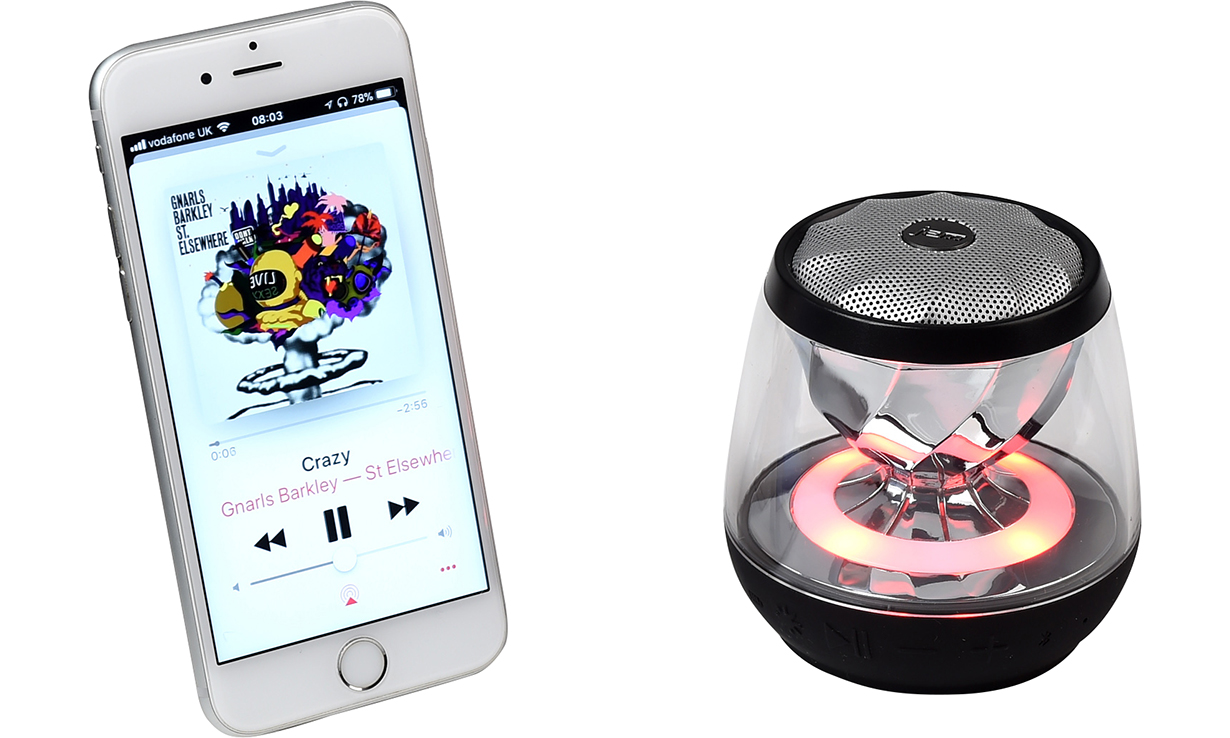 The Blaze is a tiny speaker that grabs attention by putting on a mini light show. The ring of lights inside the clear plastic case pulses in time with the music and reflects off the mirrored interior. It’s a pleasant effect that makes the Blaze stand out.

At 220g, the Blaze is certainly portable and the five-hour battery life claimed by Jam should be enough to see you through an evening of listening. It automatically searches for phones to connect with when you turn it on, and you can use the aux input to connect a device that doesn’t use Bluetooth.

Is the addition of lights a gimmick to hide poor sound, or is the Blaze a fun little speaker that sounds as good as it looks? Visit our Jam Blaze HX-P265 review to find out. 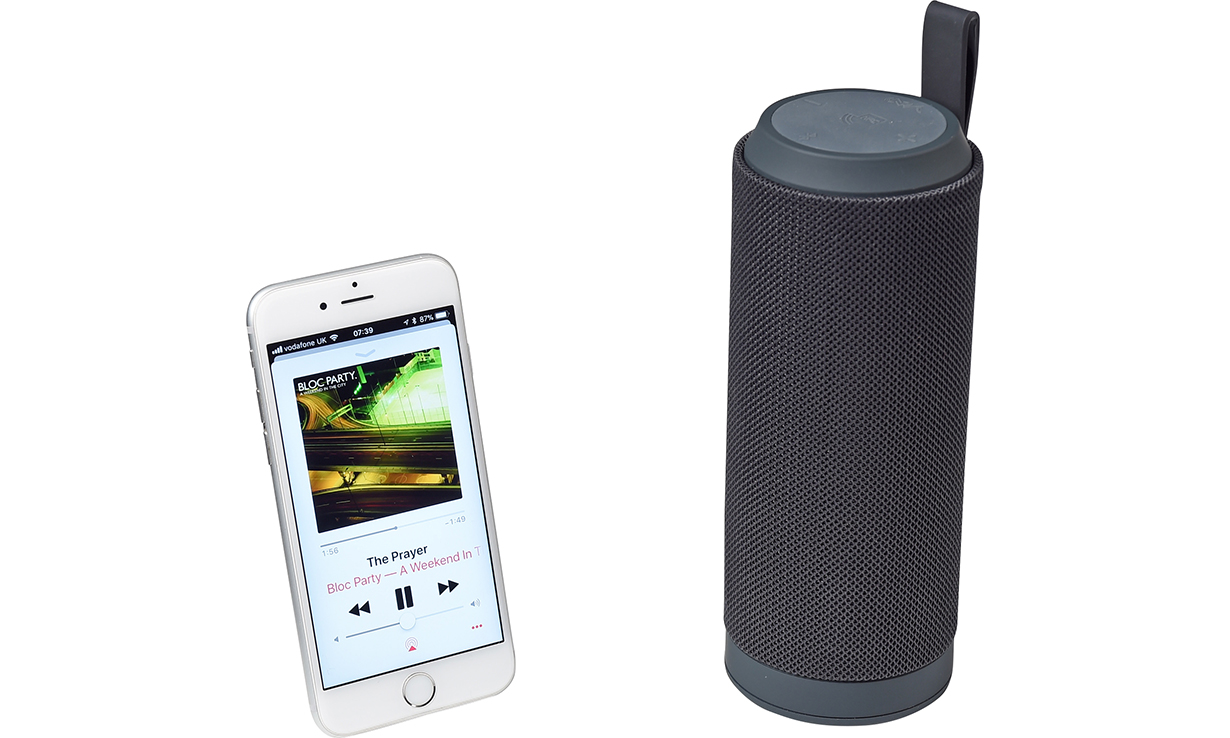 The light show on the SP-AD80 isn’t as exciting as the Blaze, but the torch on this speaker could be handy if you’re camping, or at a festival. The water-resistant case and light-up buttons only add to this speaker’s usefulness outdoors. If you do most of your listening inside instead, you can add more speakers to create a multi-room system or get stereo sound.

Connection is a breeze thanks to NFC (near-field communication), which means you only need to hold your smartphone close to the speaker to connect it. If you don’t have NFC, or even Bluetooth, you can use a 3.5mm cable to wire up anything from an MP3 player to a laptop.

The £60 price is a lot for a torch, so it’s imperative that the speaker sounds good and is easy to use. See what we thought of this portable speaker in our JVC SP-AD80 review.