If it seems like everything is having voice control added to it nowadays, that’s because it is. From watching TV to playing music, hands-free control is changing up all of our old technological conventions – and dash cams are the next in line.

The Garmin Speak Plus (pictured above) is the latest dash cam creation from the American tech giant, and it’s also the first on the market to feature Amazon Alexa integration. If you haven’t come across Alexa before, it’s Amazon’s own voice assistant. It allows you to control a huge number of devices, from thermostats to lighting to internet-TV boxes, using nothing but spoken commands. Functionality is often less than total, with only certain features or operations being permitted, but it’s still undeniably useful. That convenience could be greater than ever when paired with a dash cam, given the need for hands-free access while driving.

How the Garmin Speak Plus works

To smartly bypass the need for any Alexa-enabled device to be connected to the internet in order to work fully, the Speak Plus connects to the internet via your smartphone. Download the companion app and it connects with the Speak Plus, using your smartphone data as a means to get online. From there there’s a huge number of commands you can ask it. There’s too many to list, in fact, but here’s some choice selections:

If that list didn’t make it clear, the Speak Plus isn’t just a dash cam but a sat nav, too. What’s more, the list of commands it accepts and features it provides are being constantly updated by Garmin and updated automatically whenever the Speak Plus and your smartphone connect.

It’s currently only up for pre-order in the US, but we spoke to Garmin who confirmed that it was considering a UK release. A spokesperson told us, “We are closely monitoring the Amazon Alexa roll out in other regions and hope to launch Garmin Speak in most of those regions as well.”

As for how it actually performs as a dash cam, that’s something we couldn’t possibly say until we get the chance to run it through our full lab test.

Dash cam reviews – Just want to see all the tested models on the market right now? Click the link to get started.

Do any dash cams available right now have voice control?

The short answer is yes. The long answer is yes, but don’t expect too much of them. Alexa is one of the most advanced voice recognition and personal assistant programs on the market right now, and there isn’t any dash cam available in the UK that uses, or even rivals, it. You do have some options, though – read on to find out more about them. 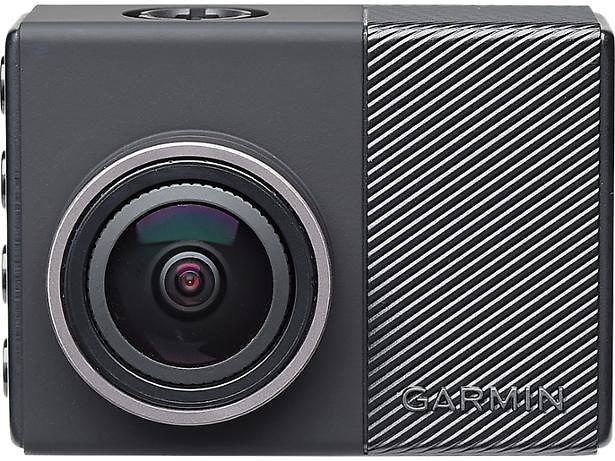 If you can’t wait for the Garmin Speak Plus, one of your best alternatives is actually another Garmin model. The company’s latest model is its most expensive and one of its most advanced. In addition to a super-wide 180-degree lens and 1080p Full-HD recording, you also get a host of features that don’t affect the recording quality – including voice control, of course.

The selection of commands is limited, though. You can ask it to save recently recorded footage, take a snapshot of the road ahead, start recording audio and take a ‘Travelapse’ – a sped-up video that takes a recording of your entire journey and compresses it into one fast-moving montage.

There’s also a forward-collision and lane-departure warning to help keep you safer on the road, plus warnings for red lights and speed cameras to help ensure you don’t end up with any extra points on your licence. 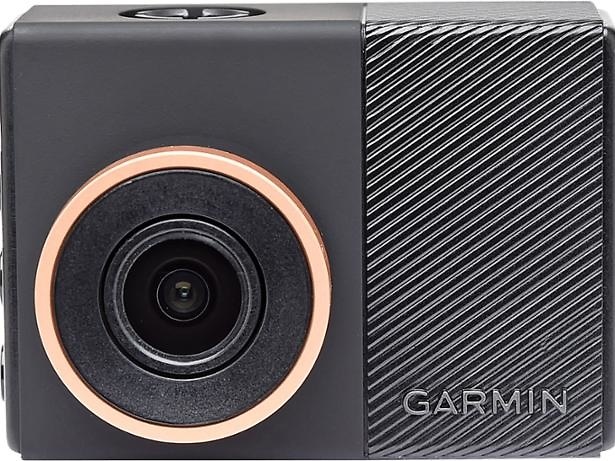 Your other main option is another Garmin model, the Dash Cam 55. It’s almost identical to the Dash Cam 65W, but with a couple of key differences. The downside is that it doesn’t have the same wide-angle lens as its newer brother, with that 180-degree field of view shrinking down to a less impressive 120 degrees. The upside is the sizeable increase in resolution.

The Dash Cam 55 films in 1440p Quad HD, which should mean much sharper footage with finer detail. Its recognised voice control commands are exactly the same as the 65W, and it also has all the same sensors and warnings.

One more thing you should watch out for – don’t mistake either of these models for the Garmin Dash Cam 45. Aside from being obviously similarly named, it also looks near-identical to the Dash Cam 55. However, it’s the only one of the three which doesn’t have voice control.

Read Garmin Dash Cam 55 review to see how it fares

If you’re interested in something a little different, then the Xiaomi 70Mai is a dash cam to pique your interest. You may recognise the brand name from the world of smartphones, where it’s China’s largest manufacturer. A start-up founded eight years ago, it’s gone back to its roots with a crowdfunded project for a new voice-controlled dash cam – and at the time of writing it’s received over $150,000 in support from more than 2,700 backers.

We don’t know just what voice commands the 70Mai will accept yet, but expect a range closer to the Garmin Dash Cam 65W than the Speak Plus. Voice prompts aside it looks to have a fairly standard list of features, with 1080p recording, a 130-degree viewing angle and a G-force sensor, but it’s the price tag that’s clearly the main draw here. If you act quickly it’s still available for $38 on Indiegogo, the crowdfunding platform it’s chosen to launch through (an American website, hence the US dollars pricing). There are 1,000 models available at this price, after which it will escalate to $69 (about £50) – still a perfectly reasonable price for a dash cam. It’ll be shipped from China, and should arrive next month. Don’t let that put you off though, it should still function just fine over here.

Will voice control become the next dash cam norm?

As you can tell, voice control in the dash cam market is still in its infancy. There aren’t many models that feature it right now, and Garmin seems to be the only brand really pursuing it. We reached out to UK market leader Nextbase to find out if it had any plans to match Garmin, but it stated that its focus for the year ahead is on maintaining the quality of captured footage and updating the current range – specifically to introduce touchscreens and other extra add-ons. It also told us that the Nextbase app is a top priority, as it works on streamlining the method by which you upload and send footage to the police in particular. A spokesperson from Nextbase stated that it “sees [voice control] as an unnecessary feature due to its full range of products automatically saving footage in the event of an accident”, and that, regarding in-car Alexa, it “needs to see more evidence of the benefits of this to the UK consumer before it considers integration”.

It doesn’t seem like it’s a first concern for manufacturers, particularly when so many still struggle to consistently create models that capture high-quality footage, but when it comes to auxiliary features it’s certainly something we like, and expect, to see more of. With Alexa integration taking over just about every gadget in your household, don’t be surprised if it makes its way into your car sooner rather than later – the dash cam is just the start.

Want to know more? Read our guide on how to buy the best dash cam.