You know it’s barbecue season again when you smell that first whiff of smoke in the air. If your barbecue has seen better days, or you don’t have one, check out our reviews of the latest barbecue models

We’ve just tested 11 new barbecues of all shapes, sizes and prices. Three of the barbecues we look at did so well that we’ve made them Best Buys.

We also had two more unusual entries in our line-up this year – the Big Green Egg Kamado barbecue and the Weber Pulse 100 electric grill.

Whatever you’re looking for, we’ve probably got a grill to suit, so head over to our barbecue reviews or read on to find out more about the barbecues we’ve tested this year.

Why buy a gas barbecue? 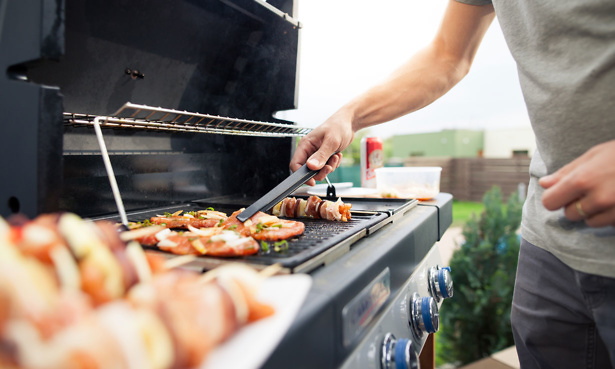 Gas barbecues are typically much more expensive than charcoal barbecues (although there are certainly exceptions, such as the Big Green Egg which can cost more than £1,000 depending on the model you buy). While gas barbecues often do a great job of grilling, they don’t excel at giving food that characteristic smoky flavour you’d get with a charcoal-fuelled barbecue. So what are you paying for?

Well, to start, the amount of metal and engineering that goes into constructing a gas barbecue means that they will inherently be more expensive than their charcoal counterparts.

Many gas grills have complex mechanisms inside to handle the heat and flame as well as extra metal parts, such as Weber’s ‘flavorizer bars’, which protect food from getting brushed by the gas flames and to help distribute heat evenly.

A high-end barbecue, from brands such as Napoleon or Weber, will also have very high-quality builds; paying close attention to details such as the hood, the grill grate, the knobs and handles.

The end result of all the work that goes into designing a gas grill means that you (ideally) get a grill that is easy to use, quick to heat up and easy to cook on. If you opt for a high-end barbecue, you’ll also get a grill that looks great. You don’t need a degree in grilling to get an excellent result while cooking on a decent gas grill, as the barbecue should take all the guess work out of the cooking process.

Read our advice on how to buy the best barbecue to get more tips on what to consider when buying a new grill.

This year, we’ve tested six gas grills from big brands such as Char-Broil, Outback and Weber.

Char-Broil 210B convective and Outback Omega 250

Both of these barbecues have two burners, which will cook for up to four people at once. These grills are smaller and less expensive than the other grills we’ve tested this year, but they still pack in a range of good features.

Both grills have handy storage and folding side tables. The Outback Omega features a side burner in addition to the two burners. And the Omega uses lava rocks, which are supposed to keep flame flare-up to a minimum.

One of these grilled wowed us in our test and one left us turning up our nose at the food cooked on it.

These barbecues all have three burners, although each of the manufacturers have larger versions of these models available. You should be able to cook for about five to seven people on a grill of this size.

A three-burner grill looks big and impressive, so if you’re on the hunt for a showstopping barbecue, then you might consider one of these grills.

The John Lewis and the Landmann cost significantly less than the Weber Genesis, but does the difference in cost mean a better food?

This four-burner gas barbecue can cook for eight to ten people – great for grilling up delicious feasts for family and friends.

This grill is packed full of features – it has a side burner, hooks for hanging tools, a foldaway shelf and convenient storage area under the grill. It’s significantly cheaper than similar four-burner grills from brands such as Napoleon and Weber, but does it cook to the same standard?

Find out how all these grill fared when we put them to the test, by checking out our gas barbecue reviews. 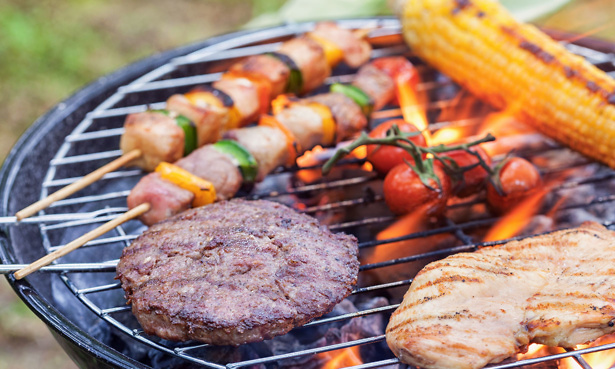 If you’re confident with your cooking skills and you want to impress your guests, then a charcoal barbecue can’t be beaten in terms of flavour.

The slower cooking time and the smoke of the charcoal gives food that distinctive smoky flavour.

These grills tend to be more time consuming to start. You have to build the fire and then wait for coals to get white hot before you start cooking and they also typically take longer to cook your food. But for those of you that want that true barbecue experience, then a charcoal grill can’t be beaten.

Get even more information on charcoal grills with out guide on buying a charcoal barbecue.

Which is the best new charcoal barbecue?

The Napoleon, for example, has handy features such as hinges on each edge of the grill grate. These make it possible to access the charcoal under the grate without having to take the grill grate off the barbecue.

Did we find that these subtle differences made a big difference to how well they cooked food in our tests?

This big charcoal barbecue is designed for a true American-style barbecue experience. The huge grill and lever make it possible to cook a large amount of food (or just one large piece of food, such as a whole chicken or turkey) using both quick grilling techniques or for slow cooking.

We put the Landmann Broiler to the test and found it to be a very unique barbecue, but were we impressed with the food grilled on it?

Read our charcoal barbecue reviews to see how these three grills stacked up. 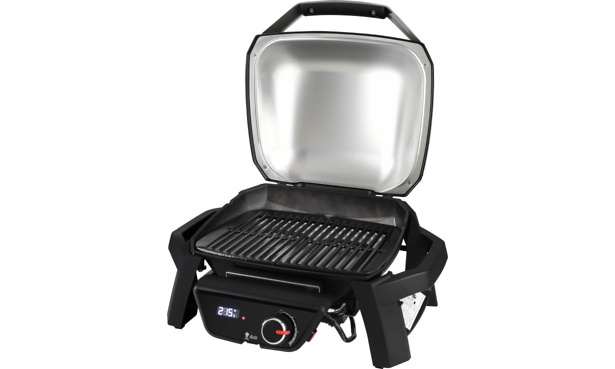 You’d be hard-pressed to call this a barbecue as the Weber Pulse looks more like a George Foreman-style grill.

It’s uncharacteristically small for a barbecue and it plugs in to the mains. It doesn’t use flames to cook and basically lacks in any defining barbecue characteristics, aside from the Weber badge and the high price tag.

But, for many city dwellers a traditional barbecue may just be out of the question. They are too big for small balconies, they are too cumbersome to have delivered and carting around bags of charcoal or gas canisters may not be an option.

We put it to the test to see how it stacked up against more traditional barbecues. 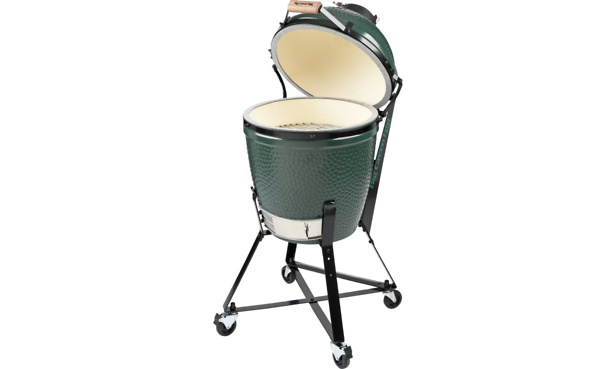 The Big Green Egg does use charcoal, but it’s very different than your typical charcoal barbecue.

The body of the Egg is made up of ceramic, which not only will last you a lifetime, but also does an excellent job of retaining heat. This ceramic construction is modelled after a Japanese-style grill, called a kamado. These grills are growing in popularity, with Aldi even releasing its own version this year.

If you just want to cook hamburgers and hot dogs, then forking out for this expensive piece of kit (and filling it with the pricey lumpwood charcoal you’re meant to use with it) might be a waste of money. However, if you want to perfect slow-roasted briskets and pulled pork, or use your kamado to bake or roast, then it might be worth the investment.

All our barbecues tested and reviewed in 2018

Here’s the line-up of all 11 grills we tested and reviewed:

Are you planning to go peat-free in your garden?

Five tips for storing your barbecue this winter