Speculation was rife as to whether the BBC would stream any of the World Cup in 4K and now, 14 days before Russia face Saudi Arabia in the opening match, the BBC has announced that it will.

The BBC is airing 29 of the the World Cup matches, alongside ITV, which will air the remainder. All 29 of the BBC matches will be available to stream on iPlayer in 4K ultra HD and HDR, as part of a trial. But it won’t be open to everyone as spaces are limited.

Watching the matches like this should mean that they appear more vivid and detailed, plus with more accurate colours and contrast. The BBC says this trial will help it to optimise this technology in the future.

The trial will be open to tens of thousands of people, but on a first-come, first-served basis. So even if you have a 4K TV, you could still miss out if you aren’t quick enough.

View our pick of the best 4K TVs you can buy today.

When will it be available and what World Cup matches will be streamed?

The stream will be available on iPlayer as soon as the pre-match coverage begins, and you won’t be able to access it once the spaces are full.

ITV is airing the first game of the tournament, while the BBC will show game number two, Egypt vs Uruguay, the following day with kick off at 1pm.

The BBC will also show two of England’s group games, so you’ll be able to see England triumph or fail in two thirds of the group stage matches in ultra-high definition. The best way to do it is with one of our Top TVs for 2018 – any one of which can help you watch the World Cup in style. 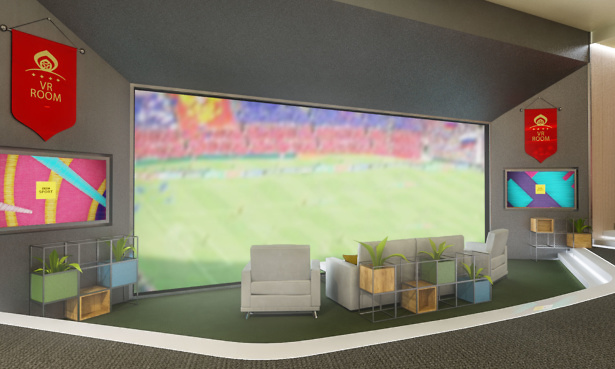 What do you need to take part in the trial?

Unsurprisingly, you’ll need a 4K TV to watch the matches in this resolution. You can see which models are compatible on the BBC website.

You’ll need a good internet connection, too. The BBC recommends a minimum speed of 40Mbps to stream full 4K content, which is almost double what Netflix recommends for streaming in 4K.

As a result, it’s best to connect your TV to your router with an ethernet cable rather than over wi-fi. This should give you better speeds and a more reliable connection, avoiding the buffer wheel showing up just as Harry Kane gets through on goal.

Not happy with your internet connection? Discover the best and worst broadband providers for 2018.

Watch the World Cup in VR

4K will make the World Cup look more life like than ever before, but it won’t match the immersion of virtual reality.

Through the ‘BBC Sport VR – FIFA™ World Cup Russia 2018’ app you can watch 33 World Cup matches. The app will be available for free on Apple (with iOS 10 and above) or Android (running 5.0 and above) smartphones, and Gear VR, PlayStation VR (you’ll need a PlayStation 4) and Oculus Go virtual reality headsets.

The headset puts you inside a private box in the stadium and you can see stats on your display, too. If you want to get closer then you can swap seats to sit behind one of the goals.

If there’s no match on, you can watch highlights on the app. The BBC recommends a 10Mbps connection to get a reliable stream.

Find out the settings you need to get your TV ready for the World Cup and see our expert advice on buying a new TV.