BMW has been criticised for waiting to recall BMW cars in the UK with an electrical fault, and the delay contributed to the death of a 66-year-old Gurka veteran.

The coroner in the BMW inquest concluded that the manufacturer was aware of the safety defect ten months prior to the death of Narayan Gurung, but a recall was only put in motion after the tragedy had occurred.

The Driver and Vehicle Standards Agency (DVSA) were also criticised at the inquest for failing to ensure these dangerous cars were taken off the road in a timely manner.

‘It’s clear the car recall system doesn’t work effectively. The DVSA and car manufacturers should be making the safety of road users a priority and there should be no delays in getting vehicles that have safety issues taken off the road and repaired immediately.

‘The Government must ensure that the DVSA has the powers that it needs to hold manufacturers to account and protect people from the dangers of unsafe vehicles.’ 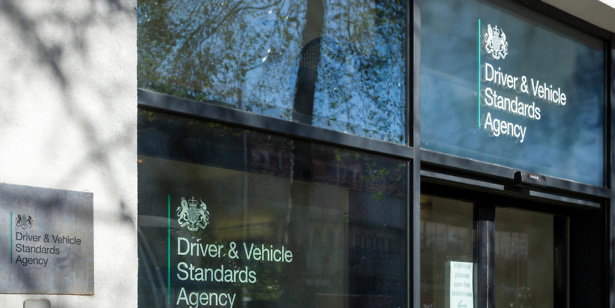 BMW confirmed at the inquest that it had received reports of sudden total power failure as early as 2011. This was being caused by a break in the electrical connection between the battery and the fuse box.

But BMW did not act until after Mr Gurung’s death.

Narayan Gurung died and his wife was seriously injured when his Ford Fiesta crashed into a tree, after he swerved to avoid a stalled BMW on an unlit road on Christmas Day 2016.

Our timeline sets out the series of events related to the BMW recall and tragic fatality. If you own a BMW, you can find out if your car’s affected in our previous BMW recall news story. 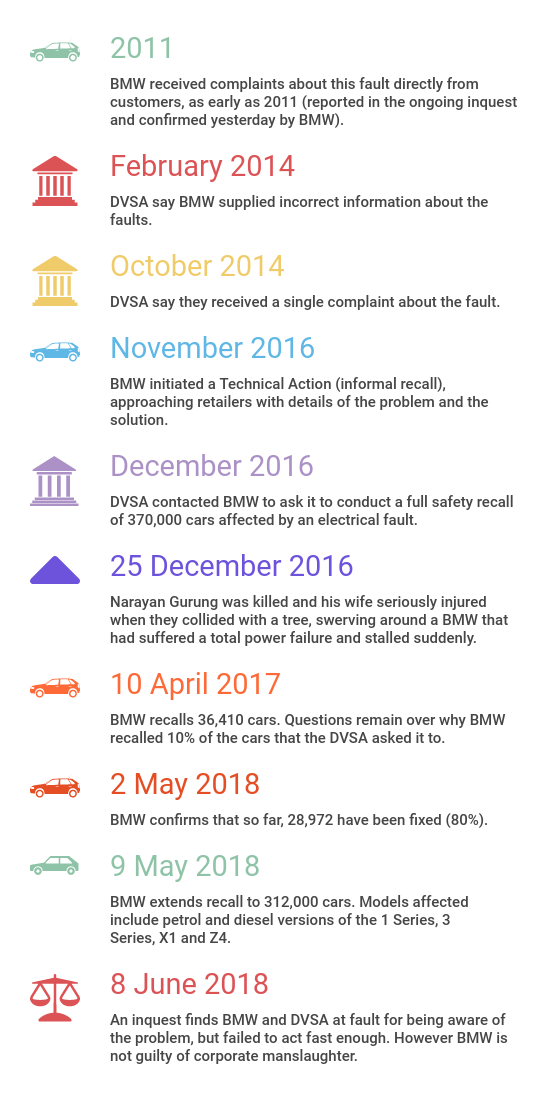 Although BMW’s negligent actions contributed to the driver’s death, there’s insufficient evidence to conclude the death was corporate manslaughter, according to the inquest.

In response to the coroner’s findings, BMW said: ‘This was a tragic accident and we again express our sincere condolences to Mr Gurung’s family.

‘Safety is of paramount importance to BMW – nothing comes before this. We need to reflect on what the coroner has said this morning, including her observations about the code of practice.

‘Whilst BMW considers that it has followed all the processes required by the relevant regulations, we recognise the need for the automotive industry to review relevant processes and procedures.’