Apple’s WWDC 2018 is just around the corner, wherein it will reveal its new range of iPhones and all of the exciting features it’s looking to bring to them. However, this year’s event may well be as much about what’s being taken away from the handset as what’s being added to it, as rumours swirl that its patented ‘3D Touch’ technology may be removed – just three years after it was introduced.

First appearing on the Apple Watch in 2014, 3D Touch was the headline addition to the iPhone 6S upon its revelation in 2015. The key premise behind it was to introduce a right-click-style function to smartphones. On an iPhone 6S (or later models) you can press down harder than you usually would on icons, links, images, or any number of things to pop up a secondary menu – much as a right-click would reveal additional options on a computer or laptop.

While undeniably practical in theory, the feature simply hasn’t really taken off. True iPhone power-users likely have no real must-have use for it, while casual owners may not even be aware that 3D Touch exists. Clearly aware of this, plus how expensive the technology is to include on every handset, it’s rumoured by industry analysts that Apple may actually remove 3D Touch from the next set of iPhones altogether. 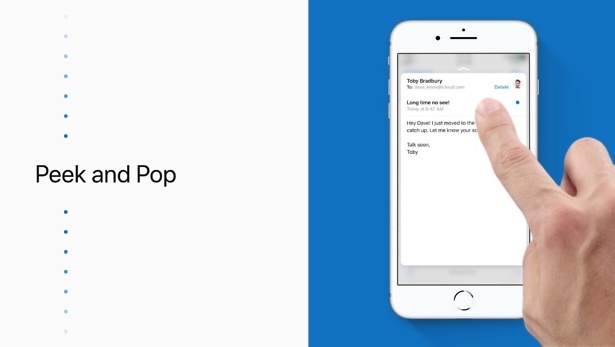 In 2015 Phil Schiller, Senior Vice President of Worldwide Marketing at Apple, somewhat prophetically announced: ‘Engineering-wise, the hardware to build a display that does what [3D Touch] does is unbelievably hard.

“And we’re going to waste a whole year of engineering—really, two—at a tremendous amount of cost and investment in manufacturing if it doesn’t do something that [people] are going to use. If it’s just a demo feature and a month later nobody is really using it, this is a huge waste of engineering talent.”

The good news for Apple is that it lasted more than a month. The bad news is that it may only last 36 of them. Apple is far from the only company to take a technological misstep or two – read on for a list of other phone features that probably seemed like a really good idea around the boardroom table, but never really took off with consumers. 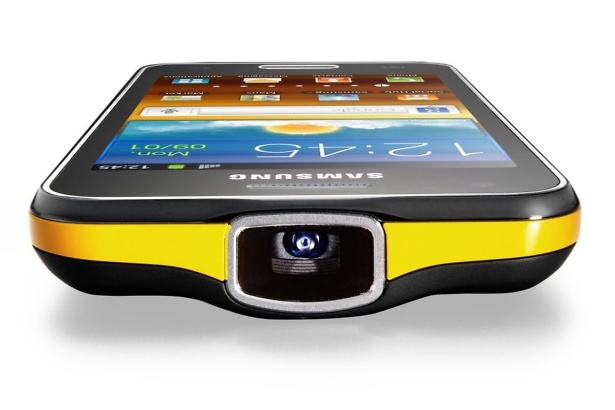 People love watching videos on their smartphone, but the display is often too small to fully enjoy them – so what do you do? If your answer is ‘make a phone with a bigger screen’ then, congratulations, you’d have been one of the saner minds at Samsung circa 2012. Unfortunately the bright idea that sprung to mind for the company at the time was ‘install a projector’.

Not a terrible idea in principle, it turns out it was a terrible idea in almost every practical aspect. The Galaxy Beam’s projector pumped out a pathetic 15 lumens, akin to a 1 (one) watt incandescent tungsten lightbulb. That meant that whatever surface you were projecting the Galaxy Beam onto had to be no more than about six feet away in a pitch black room for you to be able to make out footage properly. Also you couldn’t stretch the image to any larger than 50 inches or quality would fall off a cliff. Oh, and you obviously need a perfectly flat, stable surface to rest it on.

If you could meet all of those criteria then the Galaxy Beam worked just fine (fine enough to receive an updated sequel two years later), but it’s easy to understand why we never saw anything like it again. You don’t have to be a smartphone historian to take a guess at why 2011’s LG Optimus 3D and its titular USP faded into obscurity. 3D televisions are dead (with Samsung actually swinging the executioners axe at it all the way back in 2016), the BBC and Sky suspended 3D broadcasts in 2013 and 2015 respectively, and 3D Blu-ray DVD players are exhaling their dying breath as you read this. A 3D smartphone, with hindsight, never stood a chance.

The Optimus 3D wasn’t as terrible as you perhaps may imagine. Thankfully you didn’t have to strap on a pair of 3D glasses every time you wanted to use it – it instead used a lensless 3D technology based around the ‘parallax effect’. Anyone who’s used a Nintendo 3DS will be familiar with the concept, as it utilises layered displays to simulate 3D, with the image moving and changing as you shifted your perspective around the device.

The near total lack of support for the feature within the LG app store is what ultimately killed it, though, combined with a collective sigh of indifference from hordes of smartphone buyers who were simply looking for a handset with a big battery and speedy processor.

Mobile phones with the best battery life – Looking for a handset that will last you all day, and then some? Click the link to see the best we’ve tested 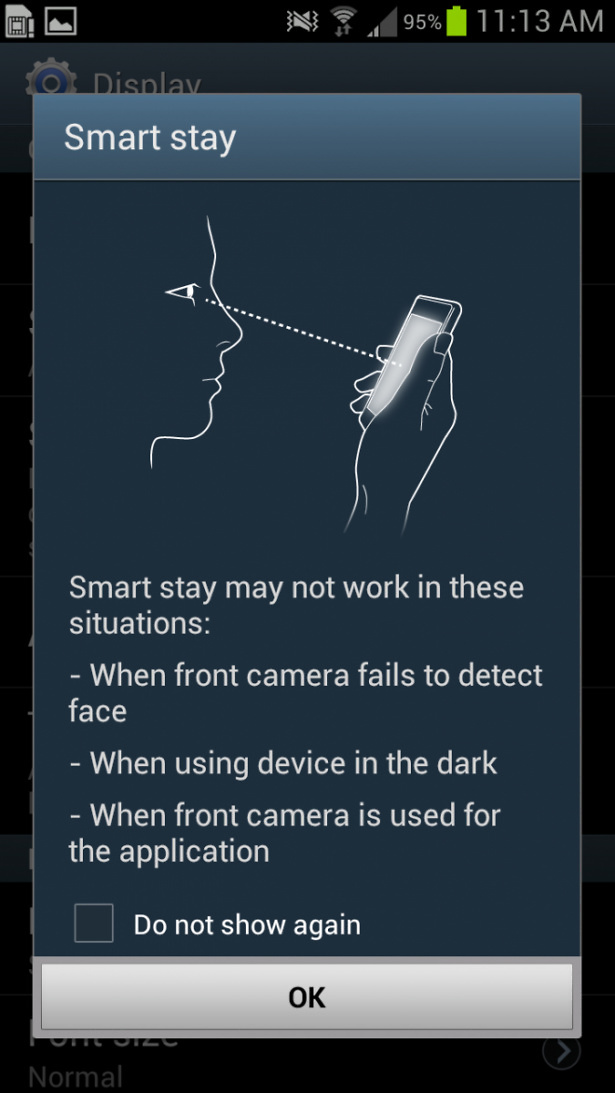 You’re always tempting fate as a tech company when putting the term ‘smart’ in a new feature, opening yourself up to a million obviously jabs about how it’s anything but should the feature flop. And, as you can guess from its presence on this list, Samsung’s Smart Scroll did just that.

Different to the other features mentioned so far in that it first appeared on one of the best smartphones of the era, the Galaxy S4 thankfully didn’t live or die depending on the success of Smart Scroll – but that doesn’t mean it wasn’t a stupid idea, either.

The concept was simple: when browsing a web page or reading an article, the front-facing camera on the Galaxy S4 would scroll the page up or down to match the tilting of the users head. A fine idea in theory, yes, and it even worked fairly well in practice. Samsung’s greatest oversight here, though, was that absolutely no one in the history of smartphones has ever complained that using your thumb was too much effort to scroll a page. In fact, having to consciously tilt your head while reading was a far more unnatural thing to do. 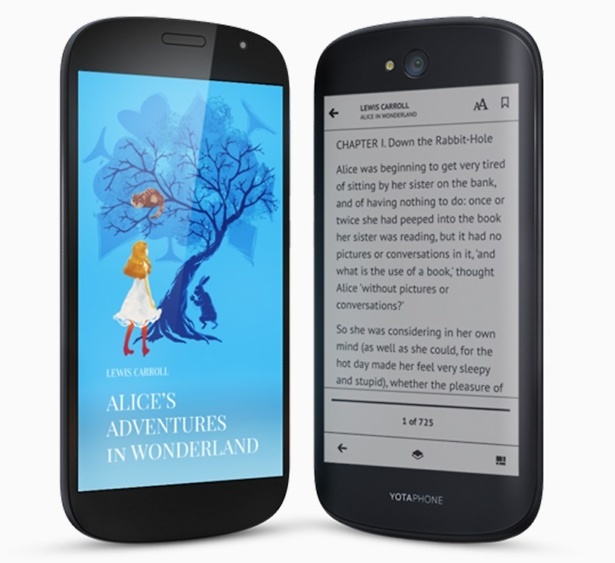 In 2012 Android smartphones were really beginning to hit their stride, and ebook readers were at the height of their popularity. What could be better, then, than a handset that combines both? The YotaPhone had a smartphone display on the front and an e-reader display on the rear. This smartphone Janus aimed to provide the best of both worlds – a smartphone for when you need it and an e-reader for when you want to relax your eyes or save on battery. The result was, as is so often the way, a combination of two excellent things that managed to be worse than both.

The YotaPhone wasn’t necessarily awful, as it accomplished its goals surprisingly well – it certainly did what it said on the tin. The issue was that as a smartphone it was under-powered and unimpressive, and as an ebook reader it was too small and uncomfortable. It had some useful features, like the ability to swipe a web page from the smartphone screen through to a black-and-white PDF-style page on the e-reader side. Its lack of compatibility with Amazon Kindle and Google Books was crippling, though.

Like the Samsung Galaxy Beam it managed to secure a couple of sequels for itself, but this is one hardback we’d recommend you leave shelved.

Ebook reader reviews – They may not take phone calls, but we’ve tested the very best dedicated ebook readers on the market 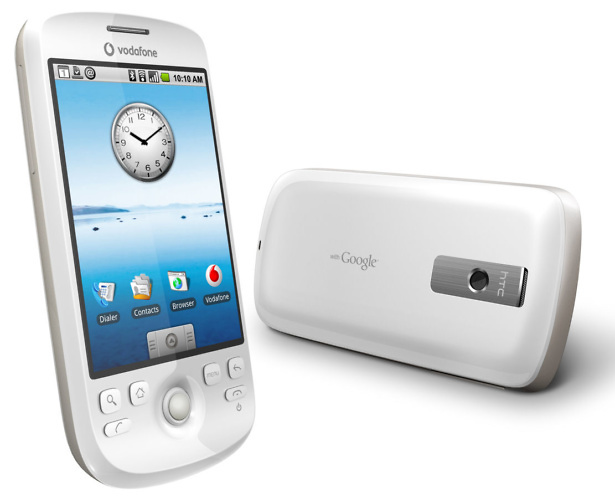 Perhaps the greatest change smartphones offered us over the ‘dumbphones’ that came before them, more so than the apps and the internet connectivity, is the touchscreen. Navigation has been made infinitely quicker and easier – to have to go back to a set of four-directional arrows and a ‘select’ key is practically unthinkable at this point. HTC obviously disagreed, though, sticking an Apple Mighty Mouse-style trackball on a series of its earliest Android smartphones.

Now anyone who ever had to use an Apple Mighty Mouse will likely already know why this was a horrible idea. Aside from all of the points on usability and intuition made above, 360-degree trackballs simply never work well for long. They clog up with dirt and debris, they grow jerky and unresponsive, and they’re generally more trouble than they’re worth. You wouldn’t use one if it was placed above the trackpad on your laptop, so HTC’s decision to stick one on its handsets was a baffling call.

And it wasn’t as if it provided any sort of unique functionality, either. At the best of times it would act as a scroll wheel, allowing you to navigate your email inbox. At the worst of times it was something of a virtual finger, sliding a highlighted frame around the display, allowing you to then select an app or option by clicking the ball inwards. Either way, it was never as useful as just using the touchscreen.

Thankfully there are plenty of phone innovations that do tick the right boxes – you’ll find many of them on models that make our list of Best Buy smartphones.