Whether you rely on your car to get to work every morning, or you need it to ferry the kids to school, it plays a big part in your day-to-day life – so you want to be able to depend on it. This is just one of the reasons why reliability is such a crucial factor when choosing a new model.

Yes, you probably want it to look nice, and yes, you wouldn’t say no to a few fancy features. But none of this matters if your car spends a lot of time in the garage being repaired.

The problem is, you won’t find out your car is prone to problems until after you’ve paid for it and driven off the garage forecourt. But you can be more confident in your choice by checking out our research.

We’ve discovered that 47% of cars aged 0-3 from the least reliable brand encountered a fault. Keep reading to find out which car brand this is, and why our lab has also discovered that it excels at car security.

Every year we survey thousands of drivers to find out if they’ve had any issues with their car. These can range from minor issues to catastrophic failures. We then use the results to identify which brands make the most (and least) reliable cars.

Use our most reliable car brands tool to help you choose a car brand that won’t let you down.

Looking for a car brand you can really rely on? Our survey would suggest avoiding Land Rover, the only manufacturer to score a meagre two stars out of five for reliability for cars aged 0-3 years. 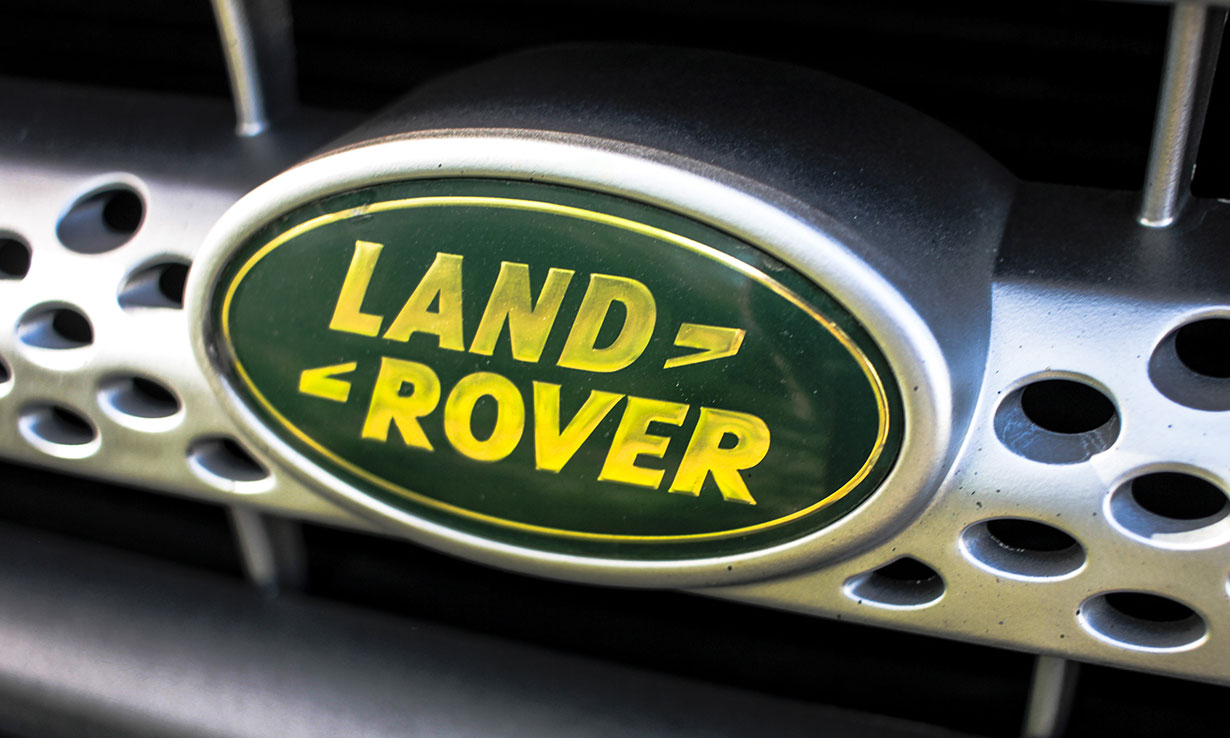 This worryingly low rating comes after nearly half (47%) of all owners of new models in our survey had to take their car to the garage to be repaired in the 12 months before our survey. This is a shocking statistic for cars that are so new.

By contrast, only 11% of cars from the most reliable brand had to be repaired.

In addition, 3% of 0-3-year-old Land Rover cars covered by our survey actually broke down. For the most reliable brand, only 0.4% broke down.

Issues with non-engine electrics were the most prevalent – with one in ten owners spending time taking their car to the garage to have the on-board computer software fixed.

And if it wasn’t the electrics that were playing up, you could probably blame the emission or exhaust system. A further 10% of drivers of cars less than three years old reported this as a fault.

Keep reading to find out what our survey uncovered about the latest Land Rover Discovery 4, Range Rover and Range Rover Evoque.

Our survey also heard from drivers of older cars – we reveal the reliability results for models aged 3-8 years in Land Rover’s brand review.

Which car brand is the most reliable?

Our most reliable carmaker of 2018 totally aced our survey. 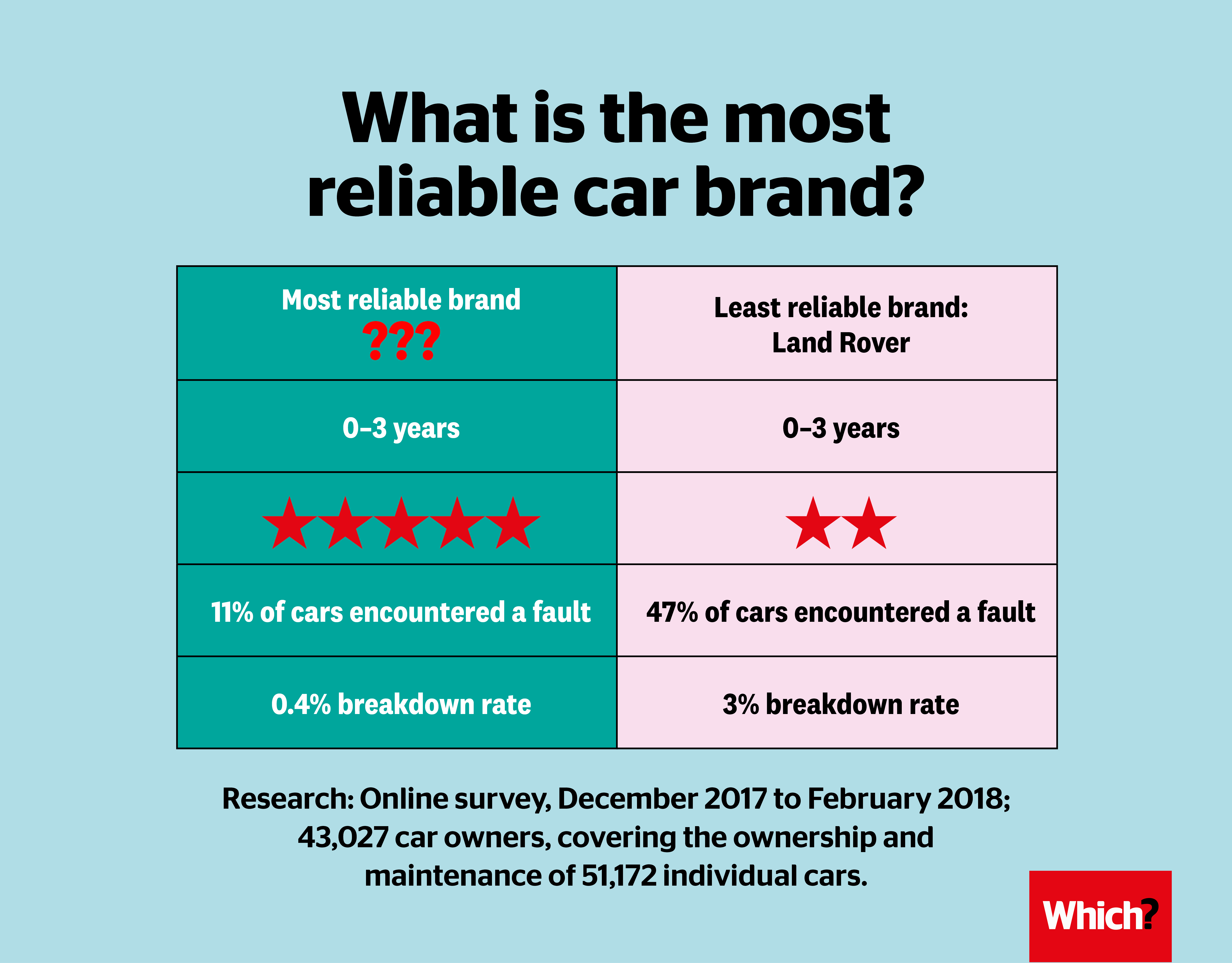 An incredible 89% of young cars from this brand remained completely fault-free during the last 12 months. And even better, hardly anyone we heard from experienced a breakdown. Even for new cars, this is impressive.

Don’t spend all your time and money fixing your new car. Find out whether the brand you have your eye on is rated highly for reliability – see our car brand reviews.

We also know which models are the most and least reliable

We also asked drivers which models they owned to find out the issues that plagued specific cars. This means that we’re able to provide robust reliability ratings for hundreds of cars, as well as a brand-level reliability rating for everything else.

You can use our research to make sure you don’t throw your money away on a car that will let you down. 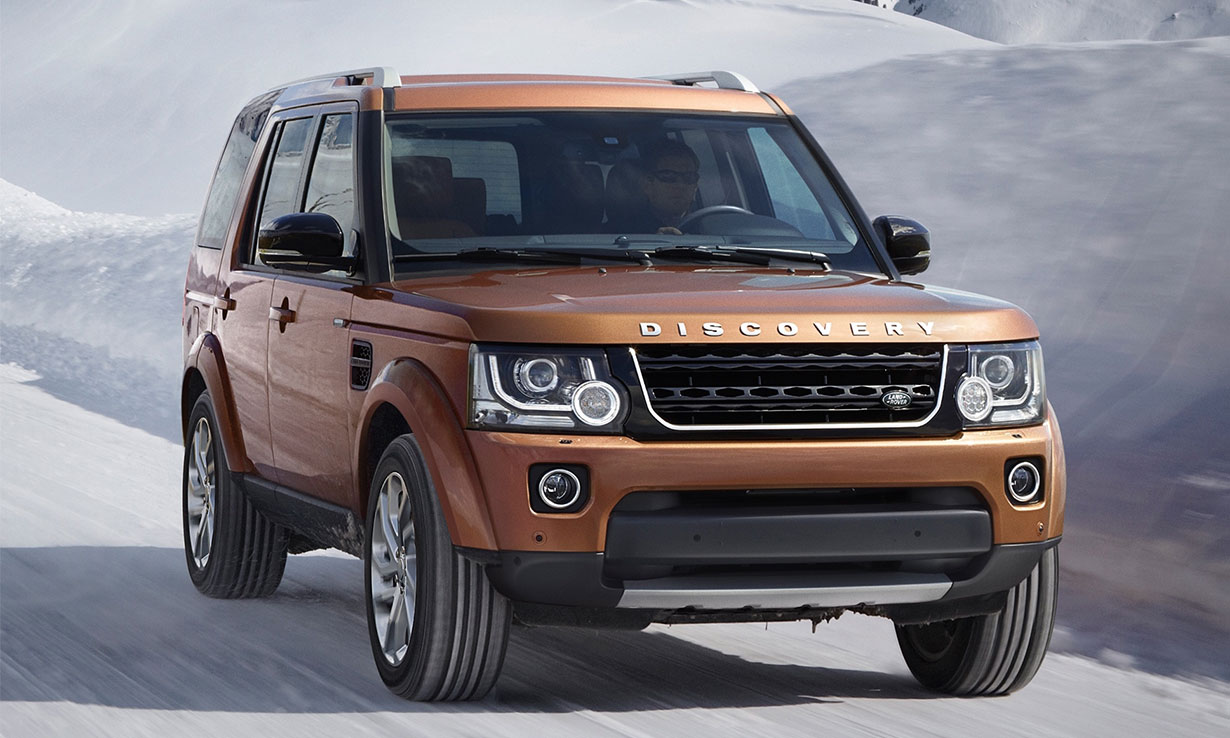 Even with a reliability rating of just two stars out of five for cars aged 0-3 years, the Discovery 4 is technically one of the most dependable Land Rovers we had results for. This should not fill you with confidence, though.

Around 35% of owners spent time taking their car to the mechanic to be fixed in the 12 months before the survey, while a further 3% of cars actually broke down – this is more than double the average for this age of car.

But if your heart is still set on the Discovery, we would advise making sure you’re eligible for a courtesy car. Owners we heard from were left without their car for an average of five days while repairs took place.

Does its reliability improve with age, and what’s the Discovery like to drive? See our expert Land Rover Discovery 4 review. 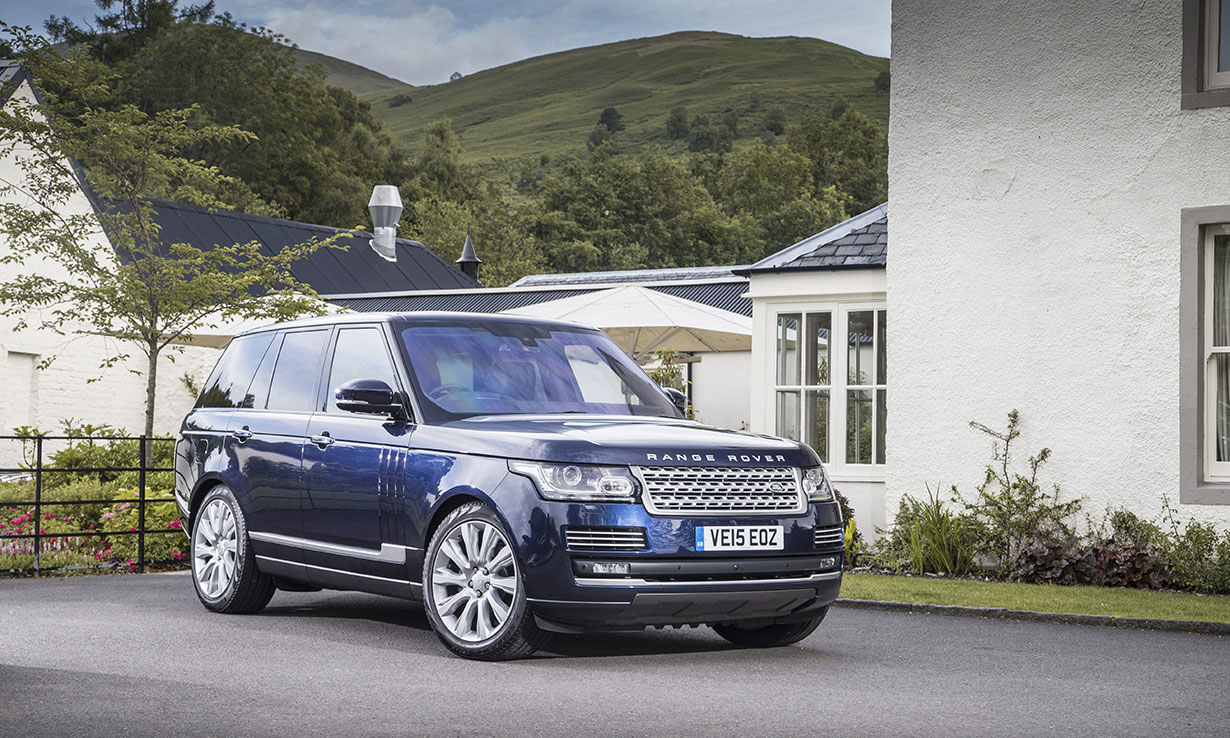 Before buying this Range Rover, double-check that your local garage offers some sort of loyalty scheme – we’re pretty sure you’re going to being spending a lot of time there.

Nearly half of all owners with a car aged less than three years old had to spend money having faults fixed on their vehicle over a period of 12 months. And they were also left without their Range Rover for an average of two days while the problems were sorted.

One in ten cars had to have the suspension repaired. But it was the staggering 93% of cars that encountered a fault with non-engine electrics that really stood out.

But does this car’s practicality and handling mean it’s worth buying, if you can put up with its reliability? Find out in our Land Rover Range Rover review. 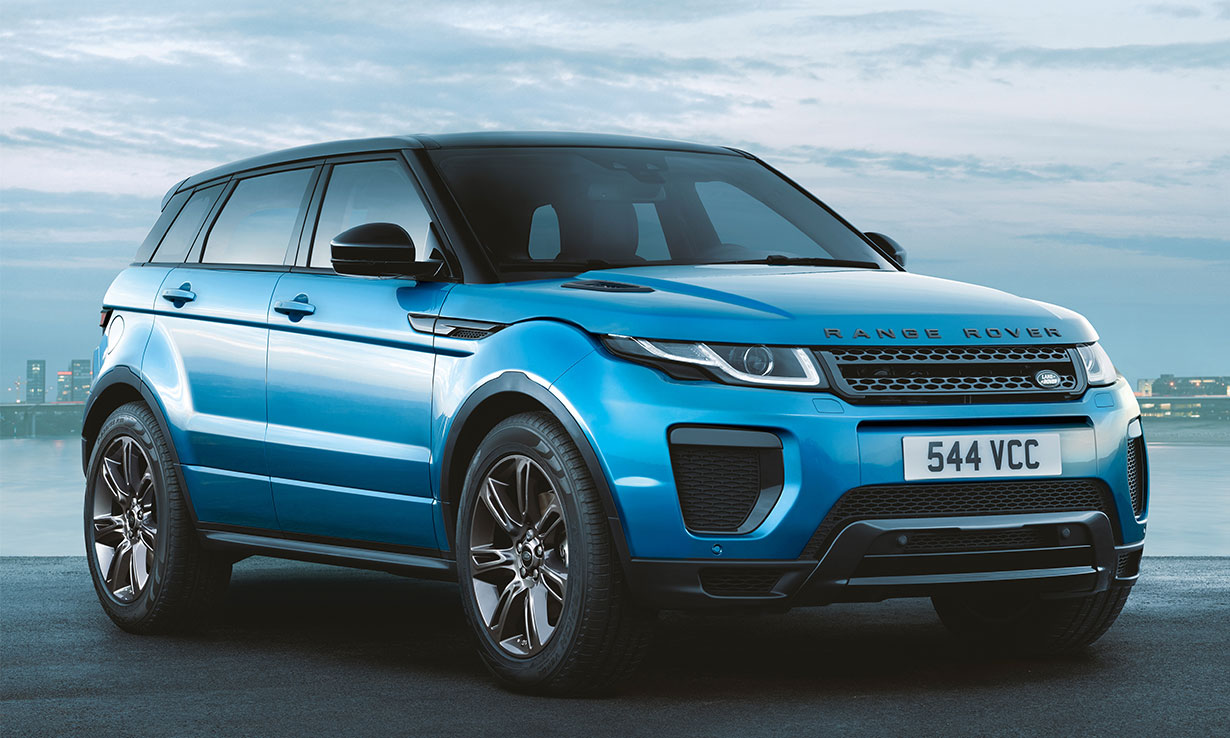 The Range Rover Evoque might look high quality, but its reliability definitely isn’t. With a rating of just one star out of five for models less than three years old, a shocking 45% of its owners had to take their car to be repaired during the past year.

As with other vehicles from Land Rover, the common problems cited include the on-board computer software and the exhaust or emission-control system.

But the unwelcome cherry on top of the cake has to be the breakdown rate – it’s more than twice the average for cars of this age.

Is your heart still set on the Evoque? If so, you’d better get prepared – here are the six best car breakdown providers for 2018.

On a brighter note, Land Rover does well when it comes to keeping your car safe and secure.

The increase in keyless technology has coincided with an increase in car thefts in certain areas of the country. Thieves are able to use devices such as ‘relay boxes’ or the car’s On Board Diagnostics (OBD) port to steal cars straight off people’s driveways.

Relay boxes are able to find the signal of the car key when it’s in a home, and transmit it to unlock, start and then steal a vehicle. Meanwhile OBD ports, which are typically used by mechanics to access a car’s computer, can be used to stop the alarm, unlock the door and create a copy of the key.

However, tests undertaken by our lab in 2018 have shown that the latest versions of two Land Rover models, the Discovery and the Range Rover, could not be broken into and the engine could not be started illegally.

This is because of investment in better UWB technology. Ultra-wide bandwidth (UWB) is a type of short-range wireless connection that can be used in vehicles. Because it uses narrow pulses, it is highly immune to interference and multi-path (multi-path is when a key signal can be reached by two separate paths, eg the owner and a thief).

UWB is also capable of determining extremely accurate signal zones. Therefore manufacturers that use UWB can define the exact distance a driver must be from the car before the lock mechanism can be released.

By investing in this type of technology, Land Rover has been able to better secure the connection on the Discovery and the Range Rover. This should result in fewer attacks and less vulnerability.