Update: 16 April 2019. Read our most recent investigation into fake reviews as we found thousands of ‘fake’ customer reviews on popular tech categories on Amazon.

‘Fake news’ isn’t the only type of misinformation we need to be wary of in 2018 – fake reviews are also a growing problem for online shoppers according to a Which investigation.

As the UK gears up for the festive shopping season, we went undercover to find out whether shoppers are right to be putting their trust in customer reviews on sites such as Amazon.

In the course of the investigation we found:

What are fake reviews?

Fake reviews are reviews that aren’t a person’s honest and impartial opinion, or that don’t reflect their genuine experience of a product.

Companies might have paid people to write the reviews, or they might be incentivised – when someone is given an item free of charge in exchange for a review.

Why are fake reviews a problem?

Customer reviews can be invaluable in helping us to choose what to buy. In our survey of more than 2,000 UK adults, 97% told us they use online customer reviews when researching a product.

Fake reviews can artificially inflate ratings and rankings (where products appear in searches), and can result in customers being misled into buying poor-quality products based on customer review scores.

The Competition and Markets Authority (CMA) estimates that a huge £23bn a year of UK consumer spending is influenced by online customer reviews. But our research shows that fake reviews can have a detrimental effect on consumers.

31% of people told us they had bought a product because of excellent customer scores and had been disappointed by it. However, while 90% of people have heard of fake reviews, only 61% were concerned by them.

Where do fake reviews come from?

To understand the true scale of incentivised reviews, we went undercover and set up a dedicated account on Amazon, Facebook and PayPal.

Within minutes we found several groups on Facebook with names such as Amazon Deals Group and Amazon UK Reviewers. Collectively, just seven of these groups had more than 87,000 members, and advertise hundreds of products each day.

On these groups, sellers offer their products ‘free’ or at discounted rates, in exchange for Amazon reviews. In some cases they also offer financial incentives for reviews.

When we responded by private message, interested sellers requested our Amazon profile, which, being newly created, put some of them off working with us.

Five were willing to send us products, which we were told to order through Amazon by manually finding the product using a search term. Sometimes we were asked to browse a few other items in the category before buying, possibly so the search looks more natural.

Because we ‘bought’ the item through Amazon, it registered as a verified purchase, although we were told that we would receive a refund separately via PayPal.

We were then instructed to write a review and, once it was published, to send a link to the review to the sellers. All this correspondence was carried out on Facebook Messenger. 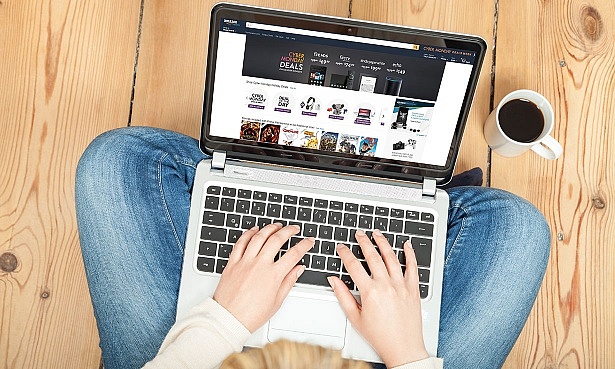 Were the products any good?

We ‘bought’ the following items from Amazon, and our investigator reviewed them fairly based on their honest, individual opinion.

In the case of the Bluetooth headphones, we were told it was important after receiving them to ‘wait five or six days or more, before you place your five-star review’. We gave the Bluetooth headphones three stars and sent the review to the seller to request a refund. The seller replied asking for a five-star review, and said they had made it clear from the beginning that this was what they wanted.

We weren’t impressed with the smartwatch, giving it two stars. The seller also asked us to change our review to five stars, saying that because the product was free, ‘it is the default to give five-star evaluation’. When we replied to say that we thought the review was fair, we were asked to delete the review.

Neither seller refunded us. We also weren’t refunded for the blood-pressure monitor, as the seller didn’t respond to our messages after we posted our review. 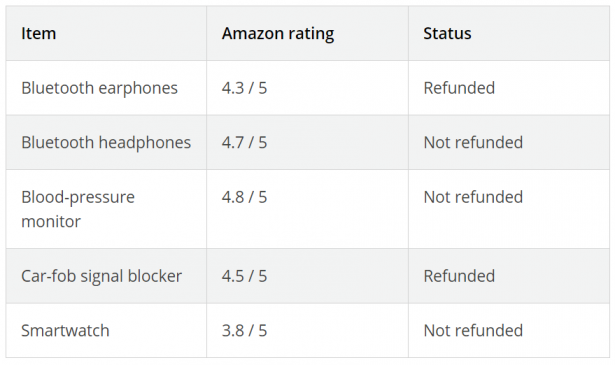 We approached Amazon and Facebook with our findings. Amazon told us: ‘Our goal is to make reviews as useful as possible for customers. We do not permit reviews in exchange for compensation of any kind, including payment. Customers and sellers must follow our review guidelines, and those that don’t will be subject to action including potential termination of their account’.

Facebook said ‘Facilitating or encouraging the trade of fake user reviews is not permitted on Facebook . We urge people to use our reporting tools to flag content they suspect may violate our standards so that we can take swift action’.

How to spot a fake review

To avoid falling for a fake review and making a purchase you’ll regret, use our top tips below:

Get more tips on how to spot fake reviews with our in-depth guide.