Holidaymakers who book Ryanair flights from abroad are still being stung by terrible exchange rates, Which? Travel has found.

The budget airline continues to automatically switch currencies at the time of payment, leading UK flyers to unwittingly pay more.

Like other airlines, Ryanair displays the price of your flight in the currency of your departure airport. So you will be quoted a fare in euros if you’re flying back to the UK from Spain or Italy.

But when you enter your card details at the end of the booking journey, this automatically switches to pounds.

A spot check of 10 popular airlines revealed that only Ryanair and fellow Irish carrier Aer Lingus automatically switch currencies at the check-out. But while Ryanair’s poor exchange rates inflate fares by around 6%, Aer Lingus customers pay a more modest 3.5% extra.

Furthermore, Aer Lingus clearly states that flyers are being charged in their home currency before they can complete the payment.

From failures at airline security to travel insurance loopholes, find out more about Which? Travel and our award-winning investigative team 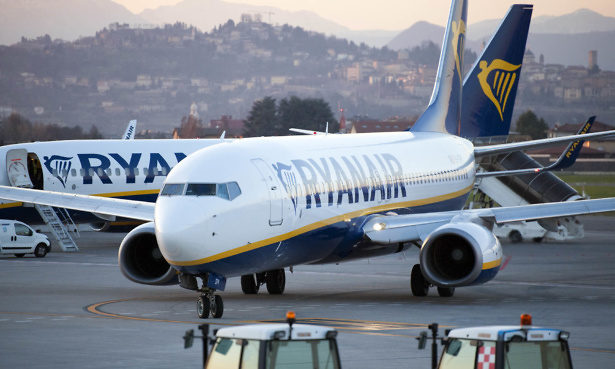 In all 10 flights we looked at, Ryanair inflicts a shocking exchange rate on its customers. For a family of four flying from Alicante to London, this amounted to an extra £30.

Passengers would be better off sticking to a payment in euros and letting their card provider do the currency exchange.

However, because the switch is automatic, it’s likely that holidaymakers don’t notice their fare being bumped up.

The invitation to opt out of Ryanair’s exchange rate is hidden under a box titled ‘more information’.

But even if you do spot this, a pop-up warns that letting your bank do the conversion could result in a ‘significantly higher cost to you’.

It continues: ‘We recommend you do not untick the checkbox so you receive our guaranteed exchange rate.’

We have raised our concerns with the Civil Aviation Authority (CAA) because of the manner in which Ryanair presents the rate to customers. It could be misleading and in breach of consumer protection legislation. Neither BA, Easyjet or Jet2 encourage customers to choose an almost certainly worse rate in this way.

Ryanair reviewed: find out how 7,000-plus passengers rated the airline

How much is Ryanair’s auto conversion costing you?

It’s been over a year since we first reported on this rip-off, but we still found Ryanair duping customers when we checked last month.

Flyers are most likely to be affected when buying a single return fare, so when splitting their outbound and return journeys with different airlines.

We found flights from Alicante to London Stansted for a family of four advertised as €565.81. But at the point of paying, Ryanair switched the currency to pounds. The total fare was now £526.97, an exchange rate of 93p per euro.

On the same day, Visa had a euro/pound exchange rate of 88p for each euro. So if we had opted out we would have paid just £496.72 for the same flight – £30 less than with Ryanair’s currency exchange.

Similarly, a single adult fare from Berlin to London would have cost £235.29 with Ryanair’s exchange rates – compared to £221.78 with Visa. That’s a difference of more than £13.

When we approached the airline, a spokesperson told us: ‘Ryanair’s currency conversion presentation is fully transparent and complies with all applicable EU and national laws on consumer protection.

‘Customers have the option of paying in the currency of their payment card which gives absolute certainty of the final payment amount.’

Is it safe to book a holiday in 2021? Q&A on traffic lights and Covid tests

Green list countries revealed – where can I go on holiday without quarantine?