‘What a burglar looks for is the weakness in your security,’ ex-burglar Michael Fraser told us in May 2019. Burglar alarms are a valuable way to strengthen the security of your home, and could even put a potential burglar off altogether. But which brand should you buy?

The brands that topped our burglar alarm tables were awarded an impressive 73% customer score, while those in the bottom spot received 59%. We’ve got results for big-name brands – including ADT, Banham, Honeywell and Yale – and for both monitored and unmonitored alarm brands.

We’ve also spoken to reformed burglar Michael Fraser, who has shared his insider tips for thinking like a burglar to ensure your home is as safe and secure as it can be.

For the full survey results and to find out more about the brands in our survey, see our guide to the best burglar alarm brands. 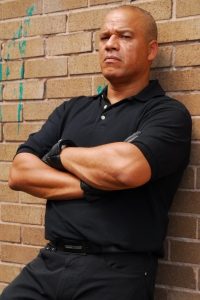 Installing a burglar alarm isn’t the only step you can take to protect your home. When we spoke to reformed burglar-turned-security-consultant Michael, he told us that the first step when assessing the security of your home is to think like a burglar.

Stand outside your property and consider how you would get in if you had lost your keys – if you can spot a way in, then a burglar certainly can.

The front of the house is key. If a criminal spots holes in your security there, then it will give them the confidence to investigate further.

Top tips for securing your home

There are several types of burglar alarm and each type has different options – which one you pick will depend on the sort of response you want to trigger. 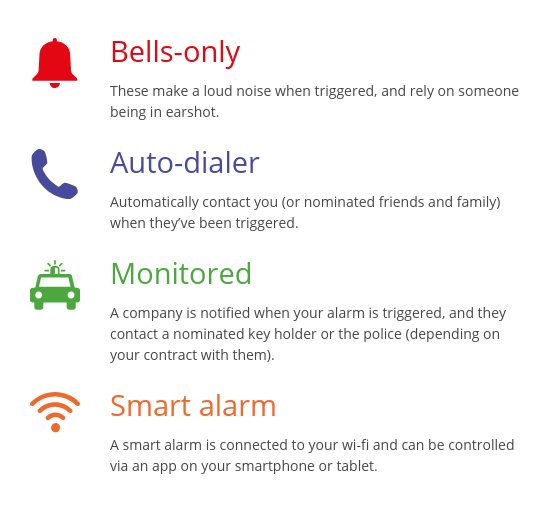 If you’re unsure what type of alarm you want, or how they are installed, then read our full guide to burglar alarms.

We know that when it comes to your home, security is important. But adding multiple security measures can be costly, so is it worth investing in a burglar alarm?

When we surveyed reformed burglars in 2016, we found that the presence of a burglar alarm would put 71% off a property. The Metropolitan Police also recommend installing a burglar alarm to deter thieves.

Michael told us that burglar alarms are a good deterrent, but that they must be serviced regularly to be the most effective.

A service will check the battery, fuses and circuits, as well as looking for weather damage. A burglar can tell if an alarm hasn’t been maintained, as the box on the outside of the house may be dirty or have greenery growing out of it.

Should you buy a smart burglar alarm? 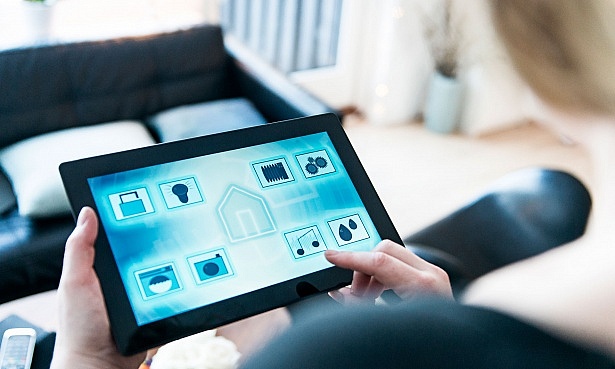 A smart burglar alarm connects to your home wi-fi and can be controlled using an app on your smartphone or tablet, meaning you can monitor your home even when you’re out.

Some can connect to other smart security products, such as indoor or outdoor cameras, window or door sensors and smart lightbulbs to scare off potential thieves.

When we asked people that had a smart security system installed to tell us about the products they had connected, 50% told us that they had a hi-resolution smart camera outside the property.

This may be a smart move. Michael says that smart security cameras in particular are a great addition to a property – he thinks they are ‘even better than having an alarm on your house’.

Head to our guide on smart home security and monitoring to find out more. We’ve also reviewed a range of wireless security cameras.

How we rate burglar alarms

In January 2019, we surveyed 2,083 members of the public who own a burglar alarm about their system, including how easy it is to set and value for money. We also asked them to give an overall rating for their alarm, and if they would recommend it if asked.