Wondering if cheap dash cams are any good? We’ve rounded up what they have to offer compared with expensive models, so you can decide whether it’s worth setting aside some extra cash for a pricier one.

For the bargain hunters among us, the first thing that comes to mind when looking for a new tech gadget is ‘how much is it going to cost?’.

It can be hard to resist the temptation of a budget-friendly dash cam floating around sites like Amazon – but if you were to spend your hard-earned cash on a cheap model, what can you expect to get?

We’ve put more than 20 cheap dash cams to the test and explain difference between a cheap dash cam and an expensive one to tell you exactly what you’ll get on either end of the price spectrum.

Seen a dash cam you like on Amazon? We’ve reviewed some of the top-selling models to tell you how well they perform. See dash cams from Amazon.

What do you get with a cheap dash cam? 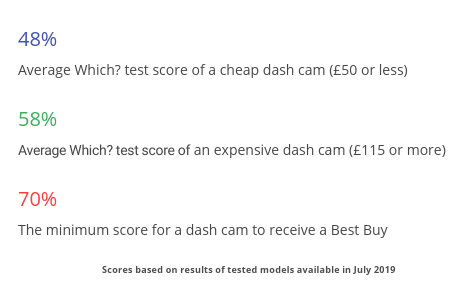 Our tests have found that, on average, cheap dash cams don’t perform as well as the more expensive models. However, our tough tests have revealed some cheaper models that are still great value.

At first glance, it’s  impressive that an inexpensive dash cam records in Full HD. But if you spend a little extra, you can get a higher resolution dash cam that records in Quad HD or higher.

Dash cam features to look out for

There are a few features that you can expect to find on even the most affordable dash cams.

What do you get if you pay more?

Our top-scoring dash cam will set you back over a hundred pounds, whereas our lowest-scoring model costs only £22. 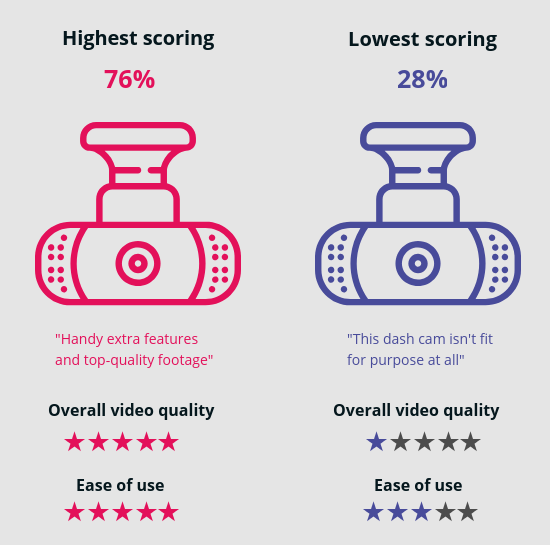 But this doesn’t mean you have to pay over the odds to get a decent model. We’ve found dash cams over £200 with terrible night time footage that are a pain to set up. Our tests have also discovered cheaper, easy-to-use models with fantastic footage.

Use our dash cam reviews to help you select a great dash cam at the right price.

The higher the resolution, the more pixels that are used to capture the image, resulting in a more detailed image.

But this luxury comes at a price – the cheapest front and rear dash cam we’ve tested is £100. See our Motorola MDC500GW review to find out if it’s worth your money.

Many manufacturers, such as Nextbase and Thinkware, sell rear camera attachments separately. This allows you to transform a forward-facing dash cam into a front and rear one – but the attachments themselves will cost you £50 or more.

We’ve rounded up the best picks in our guide on should you buy a front and rear dash cam?

A premium dash cam will come with the standard functions, like a G-force sensor, as well as some fancier extras. 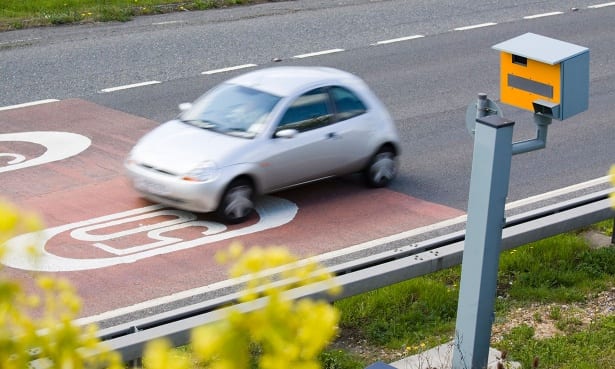 As if GPS and wi-fi isn’t enough, some premium dash cams are loaded with extra features that you didn’t know you needed. 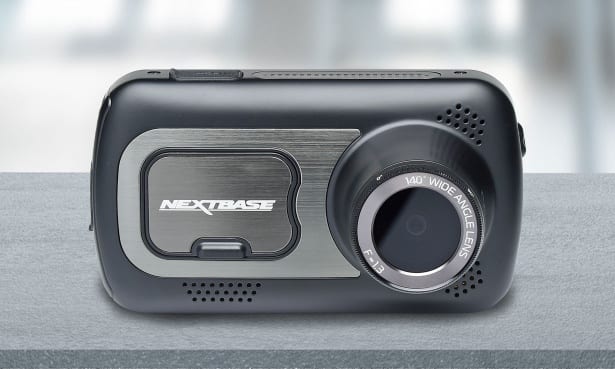 More than two years after the launch of its last UK dash cams, Nextbase has re-entered the speedily growing market with its ‘Series 2’ range of dash cams.

The new Nextbase dash cams come with market-leading features, such as Bluetooth for transferring footage and Emergency SOS to contact the emergency services if your dash cam detects you are involved in an accident.

Some come with voice control with Alexa. Using the ‘Nextbase Dash Cam Skill’ function, you can communicate with your dash cam by giving it instructions like ‘start recording’, ‘stop recording’ and telling it to send footage to your smartphone.