Flying with British Airways can increase CO2 emissions by up to 45% per passenger, an investigation by Which? Travel has found.

The snapshot research found that one passenger flying from Heathrow to Miami with BA was responsible for 1.13 tonnes of carbon – almost a third more than the same journey with Virgin Atlantic (860.9kg).

That’s a difference of 544 kilos of CO2 for a return journey – the equivalent of more than two months of electricity in the average UK home.

To uncovering hundreds of fake reviews on TripAdvisor to revealing the airlines putting profit before passenger safety , find out more about Which? Travel

The UK’s flag carrier had the highest emissions for the airlines we checked on four out of six routes.

Even differences on short-haul journeys were significant. Fly with BA from London Stansted to Palma de Mallorca and the CO2 per passenger is almost 160kg. Switch to Ryanair, Jet2 or Tui and it drops by nearly 50% (109.3kg).

That’s a saving of 100kg on a return trip – or the same as leaving a 60W light bulb switched on for 161 days straight.

A spokesperson for BA told us: ‘We are tackling climate change by developing sustainable aviation fuels and opting for greener aircraft. We are currently operating more than 40 new and fuel-efficient aircraft and have a further 73 on order. These are 25% to 40% more fuel efficient than those they replace.’ However, with more than 280 planes, BA still has a way to go.

Deciding who to fly with? See the results of our best and worst airlines. 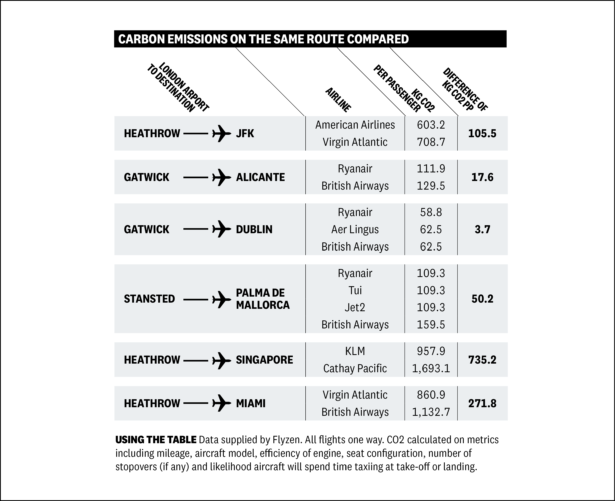 Flag carriers, like BA, tend to have older fleets of wide-bodied aircraft that use more fuel.

They also carry more business and first-class passengers, who have a larger carbon footprint because they take up more space in the cabin.

For long-haul travellers, this impact is estimated to be around three times more than economy flyers. For first class, it’s four times more.

The biggest carbon footprint difference we found was for flights from London Heathrow to Singapore. Passengers who choose KLM over Cathay Pacific can reduce their carbon emissions by up to 1.5 tonnes – the same amount of CO2 expelled by 100 full tanks of diesel in an average-sized car.

Both flights are indirect, stopping in Amsterdam and Hong Kong respectively. It proves that choosing a shorter route, with less hours in the air, is also crucial in reducing our carbon footprint.

How to reduce your carbon footprint 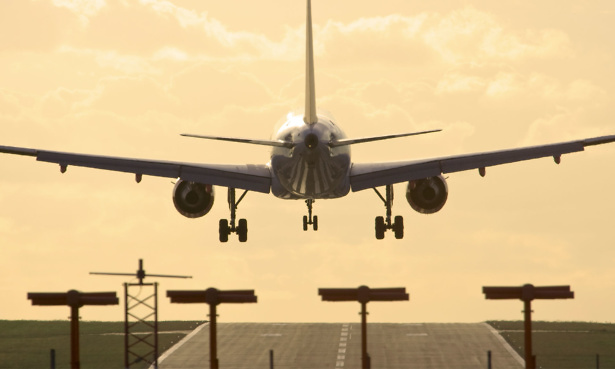 Direct flights are usually better for the planet because taking off is more carbon intensive than cruising. Passengers should also consider flying economy and packing light, as a heavier plane guzzles more fuel.

Consider taking the train for short-haul journeys. The Eurostar emits up to 90% less carbon.

Finally, Skyscanner’s search tool will highlight the greenest flights for your journey. Look for the leaf motif and a green banner with the potential CO2 saving.