Smaller energy suppliers Electric Ireland and Budget Energy take the top spots, while one big electricity firm is in last place in our latest energy companies satisfaction survey rankings for Northern Ireland. Read on to find out how to choose the best energy company for you.

Although there was little difference between companies’ overall scores this year, getting value for money is top of the agenda for customers. Budget Energy and Electric Ireland were the only two firms to receive a good rating of the six scored in our energy survey.

Keep reading for results for six of the seven gas and electricity firms in Northern Ireland. Our results reveal what customers really think of their energy providers, including on value for money, customer service and digital tools.

Don’t live in Northern Ireland? See the best and worst energy firms for England, Scotland and Wales instead.

Their value for money sets them apart from other electricity firms – customers rated both good value for money, while other companies achieved a fair rating.

Otherwise, there’s little to choose between them and bigger firms. All the firms included in our survey (which received enough responses to get a rating) had good accurate bills that are reasonably easy to understand and have reasonable (though not good) customer service.

None of Northern Ireland’s electricity or gas firms achieved five-star ratings on any aspect this year. 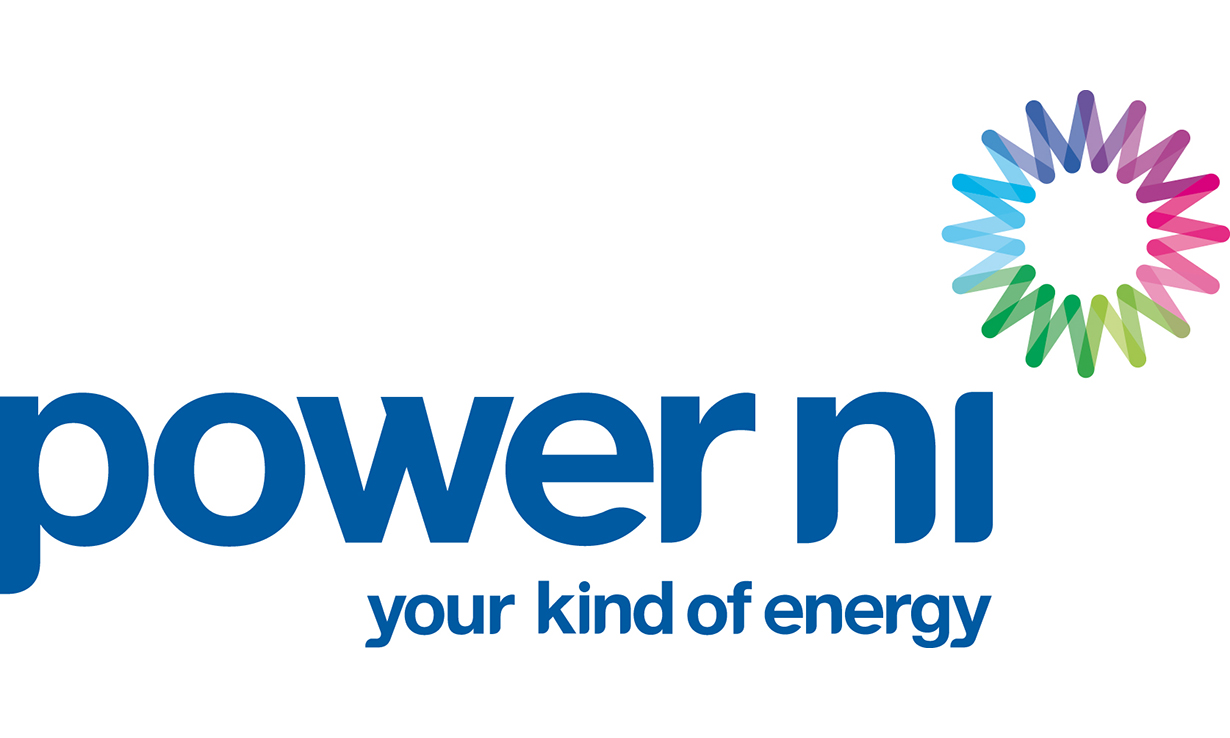 SSE Airtricity Electricity occupies the lowest spot in this year’s energy satisfaction survey, though the overall ratings reveal there’s little to differentiate between energy firms in Northern Ireland this year, according to their customers.

There’s little to separate Power NI and SSE Airtricity Electricity on the specifics of their service either – the two gained identical star ratings, from billing to customer service.

Customer service is fair, though not good or great, according to customers. As is how they handle complaints.

Power NI’s market share has been shrinking in recent years as more customers move to smaller suppliers. Should you do the same? Check the prices offered by Electric Ireland and Budget Energy to see if you’d be better off switching. 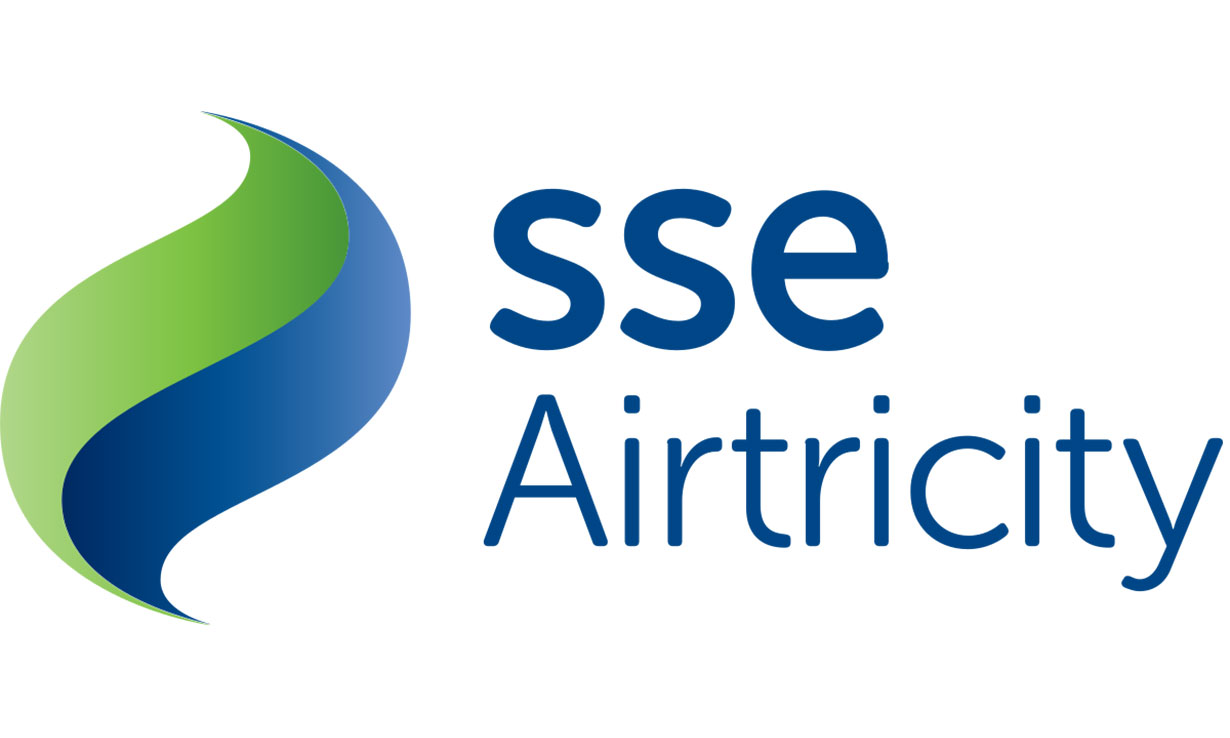 Firmus Energy was the only firm to score two stars for the digital tools it provides for customers (such as the area where you can manage your account online), indicating that they consider it to be poor. All other firms (for which we received enough responses to calculate a rating) achieved a fair rating for their digital tools.

You can choose between the two firms if your home has gas and you live in Greater Belfast. Otherwise, Firmus Energy is your supplier if you live in the Ten Towns area.

In the West area, around 500 households have been connected so far, but there are plans to expand this. 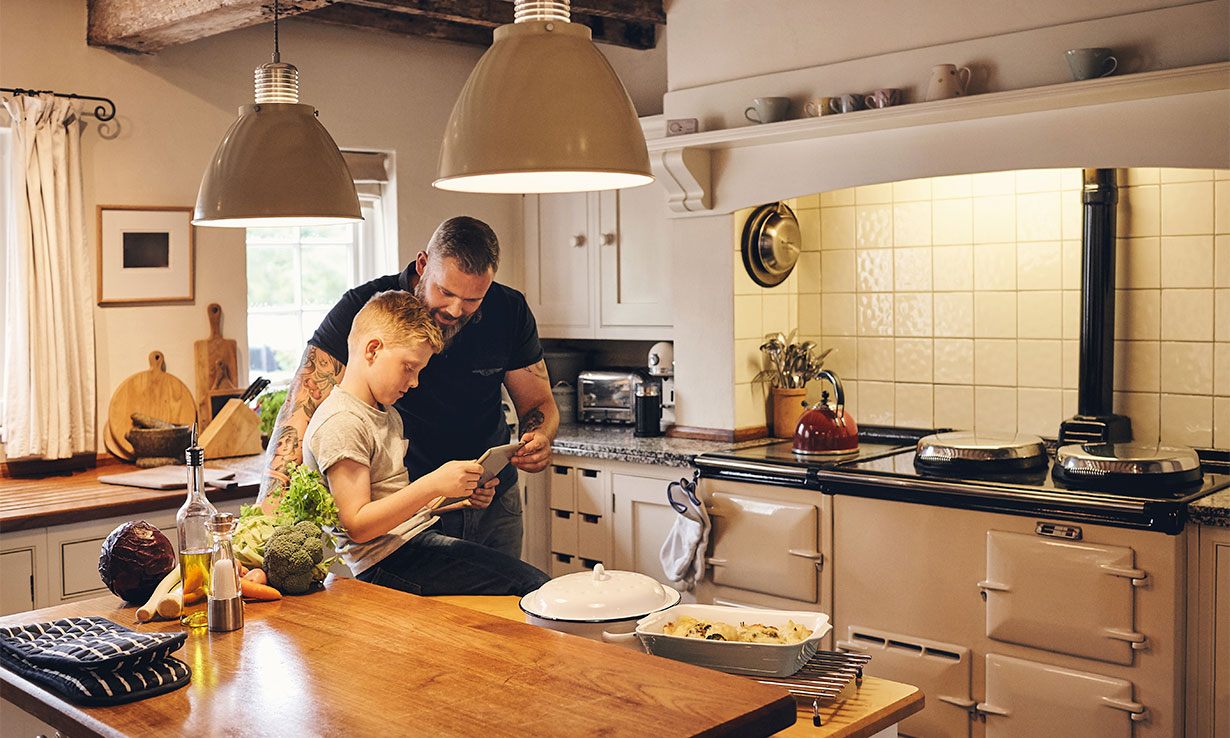 Full results from our 2020 survey 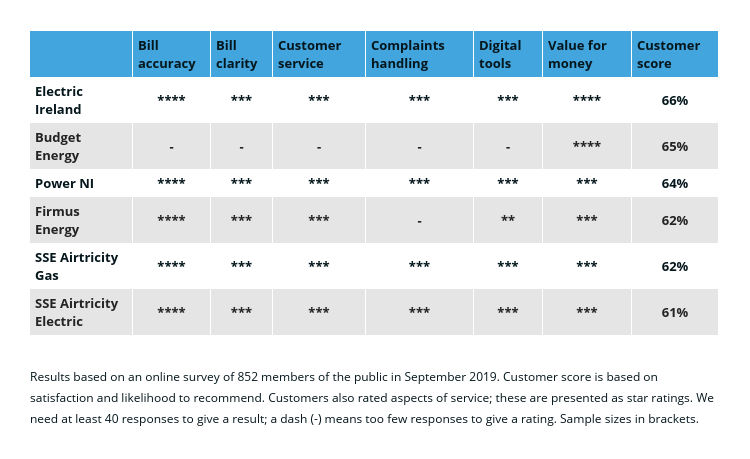 See more detailed information about the results on our Northern Ireland electricity and gas page.

We conducted an online survey in September 2019 with 852 members of the public in Northern Ireland.

Respondents were asked to rate their energy company, including how satisfied they are with it, and whether they would recommend it to family or a friend. Customer scores are calculated from these two responses.

We also asked customer to rate other aspects of their gas or electricity supplier’s service:

These are used to calculate the star ratings but not directly related to the customer score.

Click Energy isn’t included in our ratings this year as we didn’t receive enough responses from its customers.