You’ve no doubt seen the empty shelves and heard the pleas to shop responsibly during the coronavirus outbreak. But are people really stockpiling mountains of dry pasta, loo roll and hand sanitiser – or is everyone simply buying a bit more each time they shop?

After all, with children off school, most people working from home, and restaurants and cafés shut, we’re bound to need more from the supermarket.

Here, we look at what the market data shows, reveal exclusive Which? research and examine whether shoppers really are panic-buying as much as many believe.

How widespread are grocery shortages?

Reports of widespread stockpiling – as well as empty shelves and difficulty getting products – have inevitably fuelled concerns about the availability of groceries.

We quizzed 2,003 members of the public between Friday 20 March and Tuesday 24 March to find out just how worried they were, plus how their shopping habits are being affected by coronavirus.

Some 69% of people told us they were concerned about the availability of food.

While 76% said they had experienced shortages of products – and we know online delivery slots are booked up three weeks in advance in most cases, with slots being snapped up almost as soon as they’re released.

Which are the hardest groceries to find?

Most supermarkets initially responded by limiting the numbers of certain types of item people can buy, although as demand has eased over the past week some retailers have begun to lift restrictions again.

In a bid to prioritise elderly and vulnerable shoppers, many supermarkets have introduced special opening hours.

Most shoppers are not intentionally buying in bulk due to the coronavirus outbreak, but they are making more trips to supermarkets, according to industry data.

Market analyst Kantar found only a minority of people were actually stockpiling in the strictest sense of the word, with just 6% of those purchasing liquid soap taking home ‘extraordinary’ quantities and only 3% of dry pasta shoppers.

Instead, people are adding a few extra products each time they visit a store.

Kantar data shows the average household spent an extra £62.92 during the four weeks to 22 March, which is the equivalent to adding five days’ worth of groceries. This is of course more than normal, but for those who were already self-isolating or working from home by that point it could be seen as a reasonable increase.

In the week ending 17 March, which was of course pre-lockdown, customers were also choosing to shop more often, making a total of 15 million more supermarket visits than they did in the equivalent week in February. 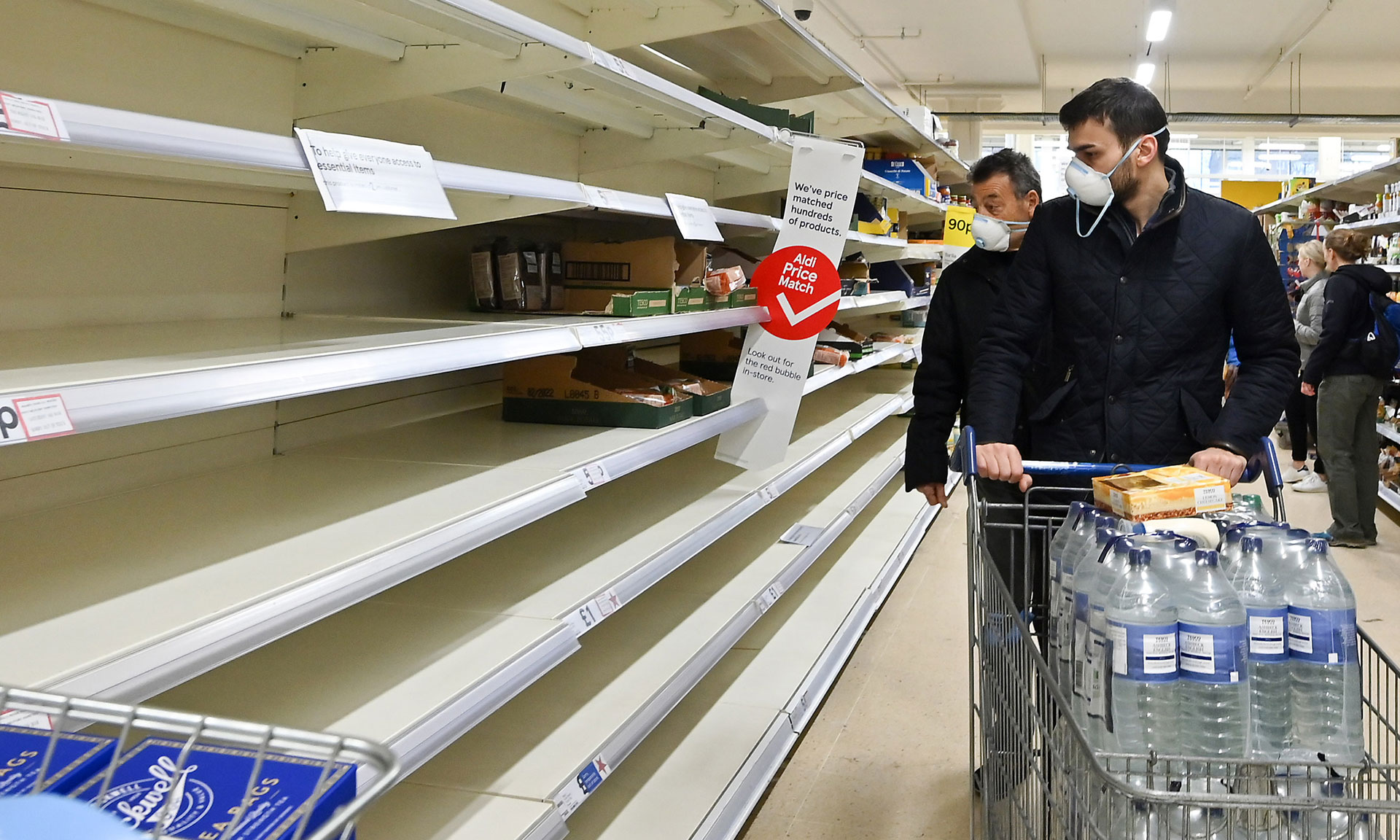 Why are shoppers buying more?

Restrictions on movement, schools closing and the threat of self-isolation have inevitably changed people’s shopping habits.

Kantar data shows many households are also having to deal with more mouths to feed. Those with children over the age of 16 spent £508 last month, on average, £88.13 more than they did in March 2019 – a trend that likely reflects students returning home from college and university.

Children who usually have school meals will also now be eating at home and those who used to buy lunch in the office canteen or local café will have changed their routines, too.

In fact, we usually spend more than £4bn each month on food and drink out of the home – a significant proportion of which will now be channeled through the supermarkets.

Kantar spokesman, Fraser McKevitt, said: ‘With restaurants and cafés now closed, none of us can eat meals on the go any longer and an extra 503 million meals, mainly lunches and snacks, will be prepared and eaten at home every week for the foreseeable future.’

Another factor is that it’s becoming more common to shop for neighbours – which both supermarkets and politicians have encouraged.

According to Which? research, 21% of people have shopped for others more frequently than they usually would since the coronavirus outbreak. 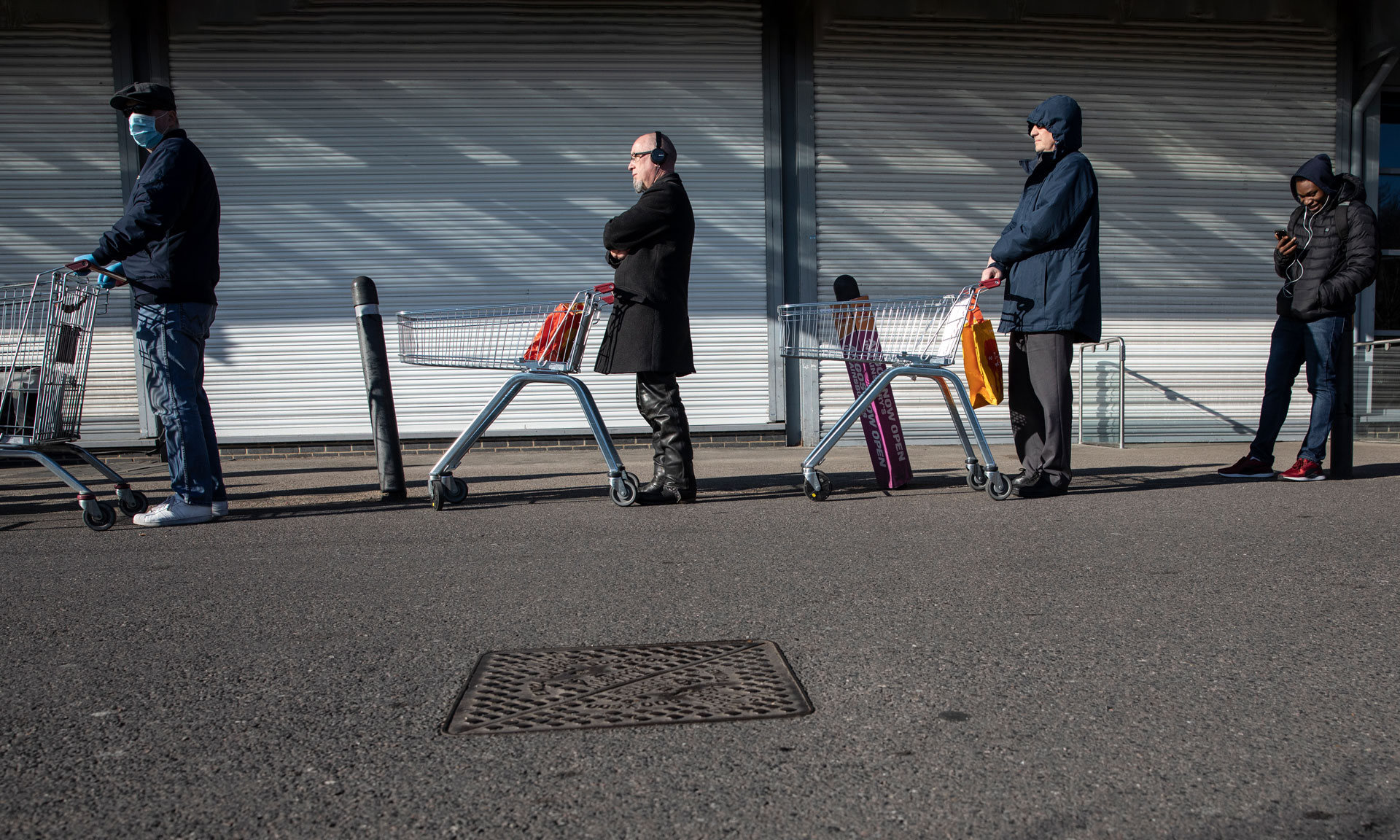 What are shoppers bulk-buying?

Some items have proved particularly popular during the coronavirus crisis.

Those missing the pub and social gatherings have helped boost alcohol sales by 22%, according to Kantar – that’s an extra £199 million we’ve spent on booze in the past month.

Sales of toilet tissues rose by 60% year-on-year for the week ending 8 March 2020, while food cupboard staples and frozen food have also been popular. Dry pasta sales were up 55% and baked beans by 48%. 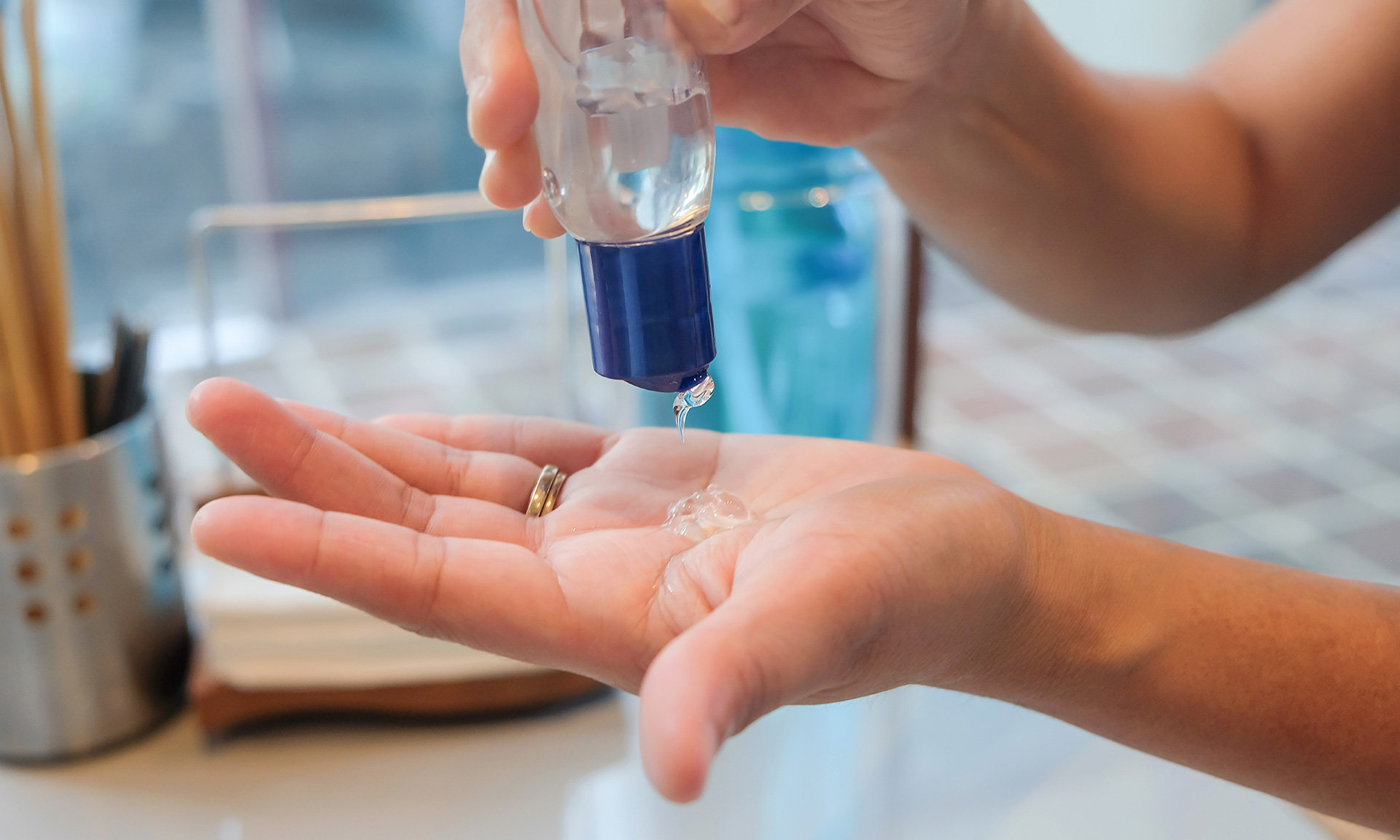 What’s so special about toilet paper?

The humble loo roll has become an unlikely icon of pandemic stockpiling. But why have shoppers flocked so desperately to buy it? After all, according to the most common symptoms of coronavirus, it’s unlikely you would need more toilet roll than normal if you did get ill.

Psychologists believe purchasing decisions help people regain a sense of control of their lives during a time of crisis.

Bulk-buying helps shoppers feel they have some influence over unfolding events. And when they bulk buy they look for both value and – as the name suggests – bulk.

This is where toilet paper comes in. It’s relatively cheap and also has the advantage of being practical and non-perishable.

And there’s another reason experts believe toilet paper has been so popular: hygiene. Our sense of disgust is likely to be heightened as a response to any pandemic. And toilet paper helps assuage these fears. 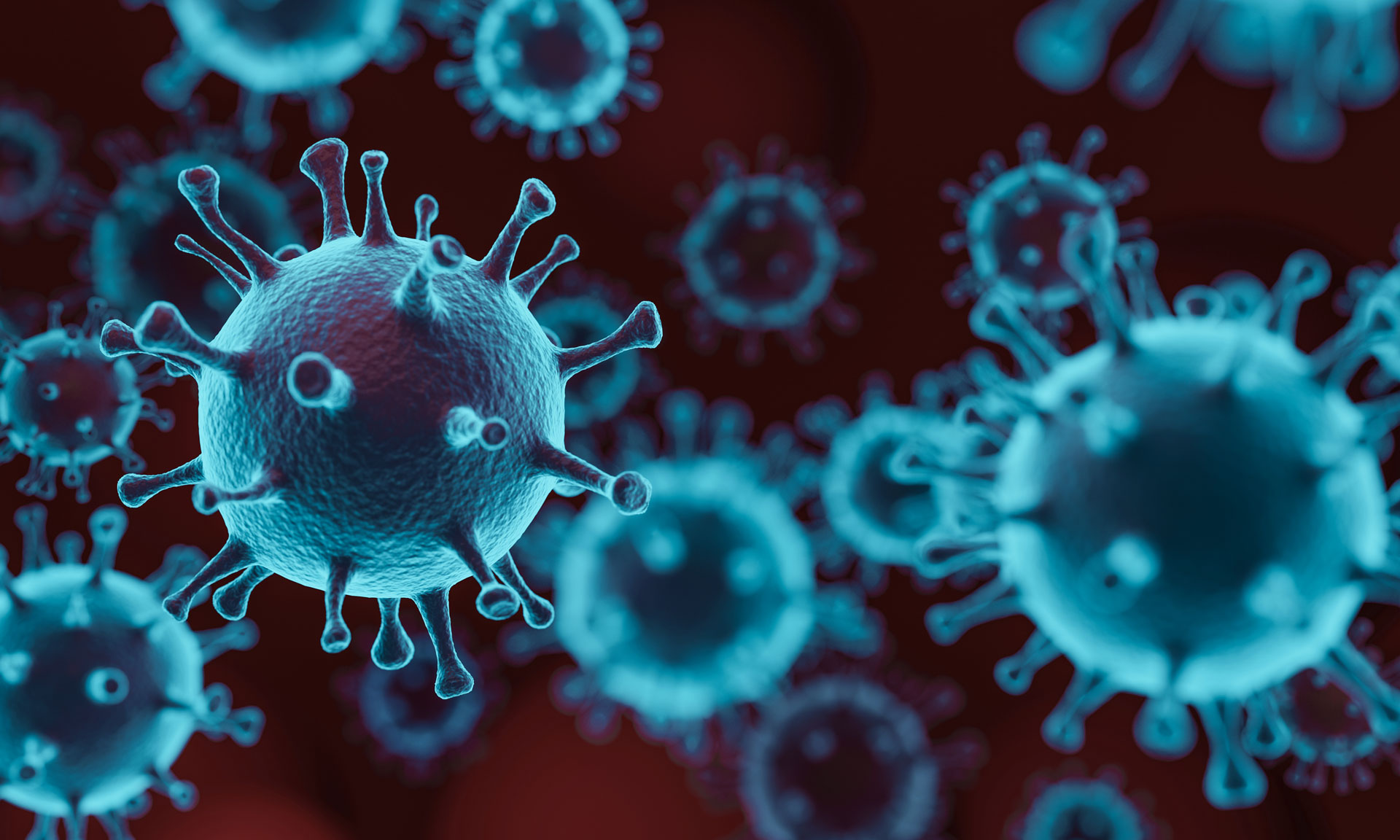 Is it fair to blame shoppers for empty shelves?

Politicians and supermarket bosses have repeatedly urged the public to shop responsibly and only buy what they need.

But is this fair when circumstances have been changing daily during what is an unprecedented situation?

Three academics – including Tim Lang, professor of food policy at City, University of London – have written an open letter to the Prime Minister urging the introduction of food rationing.

In it, they said: ‘Public messaging about food supply is weak and unconvincing. The supermarkets are already subject to unprecedented purchasing stress. Yet people have been stocking up, not least out of concern that, if someone in their household falls ill, they will be unable to obtain more supplies.

‘The supermarkets have responded by rationing some foodstuffs and grocery products. That problem could have been avoided by more consumer-friendly messaging. There is already a dangerous tendency to blame consumer behaviour, not shape it.’

The experts, who also include Erik Millstone, emeritus professor of science policy at the University of Sussex, and Terry Marsden, professor and director at the Sustainable Places Research Institute, Cardiff University, who added:

‘Consumers have repeatedly been told to look after themselves, so can’t be blamed for acting within their viable realm of influence.’ 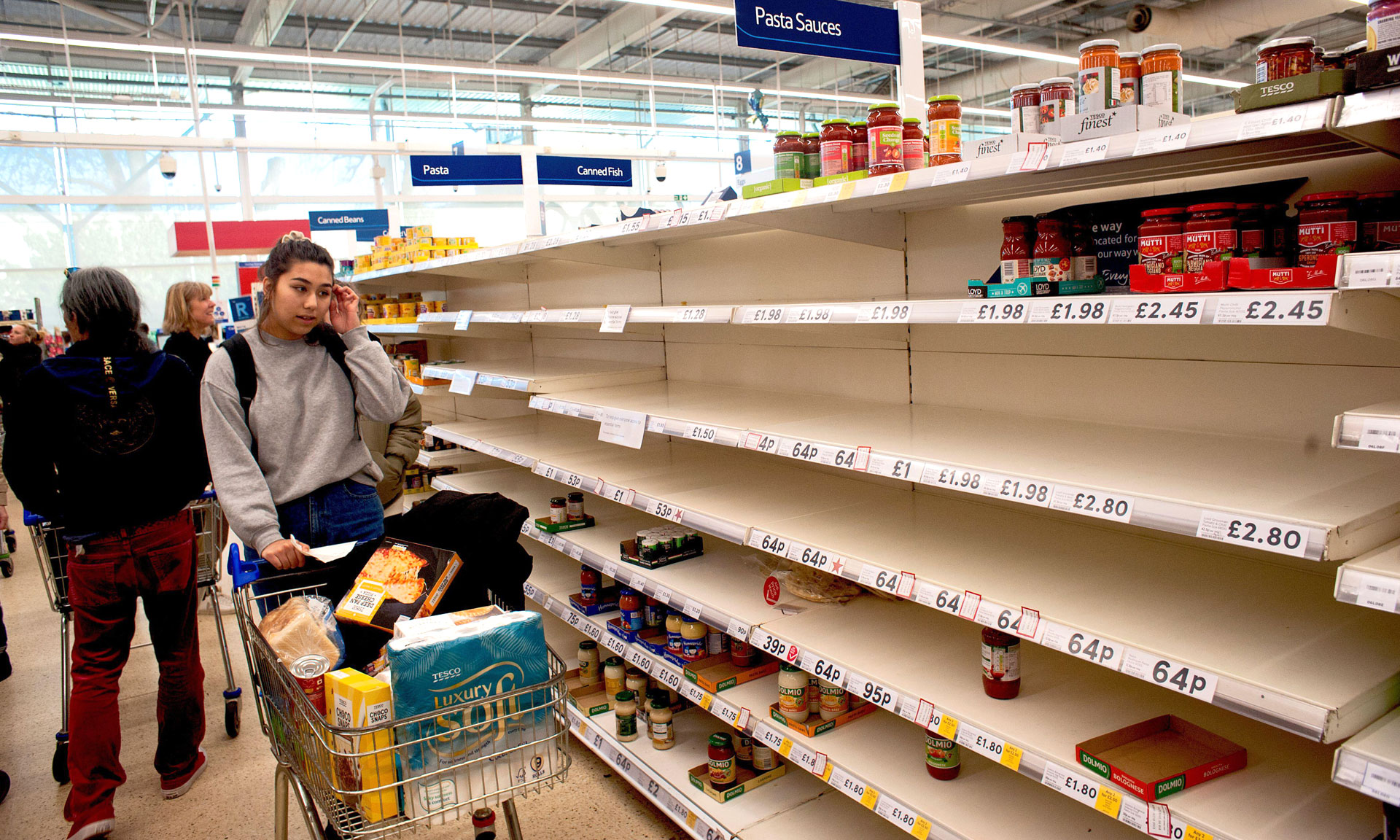 Are there other reasons behind the empty shelves?

Over the past few decades, grocery supply chains have become ever-more efficient.

This just-in-time optimisation is great when everything goes according to plan, but it means there is less resilience in the system.

Add to this that shoppers have started to move away from a big weekly shop and towards smaller, more frequent grocery shops in recent years and it’s not hard to see why the system has started to strain.

March was the biggest month of grocery sales on record.

The latest grocery market share figures from Kantar show year-on-year supermarket sales grew by 7.6% over the 12 weeks to 22 March – the fastest rate in more than a decade. The rate of growth in the last four weeks of that period was even higher, at 20.6%.

The peak time for grocery shopping was between Monday 16 March and Thursday 19 March. This is when 88% of households visited a grocer, making five trips on average – adding up to 42m extra shopping trips across four days.

Fraser McKevitt, head of retail and consumer insight at Kantar, said: ‘We expect restrictions on movement and relatively full grocery cupboards will mean the incredibly high levels of shopping trips made in March will drop off over the coming weeks.

‘Regular trips to smaller local stores are likely to continue, as people avoid travelling and queues at stores with one in, one out policies in place. Sales of long-life and non-perishable items will slow as households work their way through stocks and consumers will focus on replenishing their supply of fresh foods.

‘While much-reported panic-buying has been concentrated to a relatively low number of individuals so far, we anticipate that this too will subside as consumers gain confidence in the retailers’ abilities to maintain grocery supplies and keep stock on the shelves.’

To find out whether the predictions bear out, you can keep up to date with developments in our coronavirus supermarket news article, which is being updated regularly.