Non-essential travel in the UK and abroad is still banned by the government to prevent further spread of coronavirus, yet travel companies are still running services and refusing to cancel bookings that can’t be used, leaving passengers thousands of pounds out of pocket.

Which? has reported Wizz Air and villa company, Solmar, to regulators over concerns they may not be treating customers fairly and in accordance with the recent guidance from the Competition and Markets Authority (CMA). The watchdog has vowed to crack down on holiday refund refusals after a surge in complaints.

Wizz Air restarted 12 flight routes on 1 May, leaving passengers with existing bookings unable to fly due to travel restrictions and unable to change or cancel their flight without paying a substantial fee.

It’s not just Wizz Air causing confusion, though. Many Eurostar and Eurotunnel services are still running, and some hotels and caravan sites are not cancelling bookings so customers can’t always get a refund. Whilst villa company Solmar told one customer, your villa is here waiting for you, either make your way here (against FCO advice) or lose your money.

Cancelling a standard Wizz Air ticket to claim a refund costs between €60 and €80 per person, per flight, depending on how soon the departure date is. And changing your flight to another date when you might be able to travel costs €30 to €40. Flight changes are only free if you bought a pricier Wizz Flex ticket.

One customer, David Norris, was due to fly from London Luton to Bulgaria on 1 May. His flight wasn’t cancelled. Wizz Air repeatedly told him the flight was operating as normal – despite lockdown restrictions preventing him from travelling to the airport without breaking the law, Foreign and Commonwealth Office (FCO) restrictions banning non-essential travel and the Bulgarian government refusing entry to UK citizens.

He was told it would cost €80 per person, per flight to claim a refund. Even if David had ignored the FCO ban, he would have been refused entry at Sofia airport in Bulgaria.

Wizzair responded by saying ‘it appreciates that passengers may no longer wish to fly due to current circumstances, however it reminds passengers that bookings are always made at the risk of changing travel advice and immigration rules between the date of purchase and the date of travel. These are circumstances outside of Wizz Air’s control.’

But David had purchased his tickets in February, when there were no travel restrictions in place.

Which? has reported Wizz Air to the Civil Aviation Authority (CAA) and flagged the case to the CMA. CMA guidelines say that in most cases a customer should be due a full refund, even if a customer cancels because government public health measures mean they’re not allowed to use the services.

Wizz Air isn’t the only airline still flying. Ryanair is running a handful of flights and recently announced it would restart nine of its 10 routes from 1 July, subject to government restrictions on air travel in the EU being lifted and ‘effective health measures’ being in place at airports.

The UK government is set to bring in quarantine rules on 8 June. Arrivals into the UK will be required to isolate for 14 days – including UK nationals returning from holiday, making trips abroad impractical.

If these Ryanair July flights go ahead, people who have bought these pricey peak season flights may not  be able to get their fare back, depending on what rules the airline puts in place. Under the EU 261/2004 regulation, airlines only need to refund if the airline cancels the flight.

Until 31 May, Ryanair offers free rebooking, but when we asked if this policy would continue into July, Ryanair declined to comment.

EasyJet flights to restart June 15 – what if I can’t travel?

EasyJet’s routes initially will be mainly domestic (within the same country), so once people are permitted to move around the UK freely, they can do so.

EasyJet has assured Which? that its free rebooking policy will continue, so if your flight in June goes ahead and you don’t wish to travel, you can switch for free.

But the airline is not offering a cash refund.

Solmar Villas’ policy threatens to leave customer out of pocket 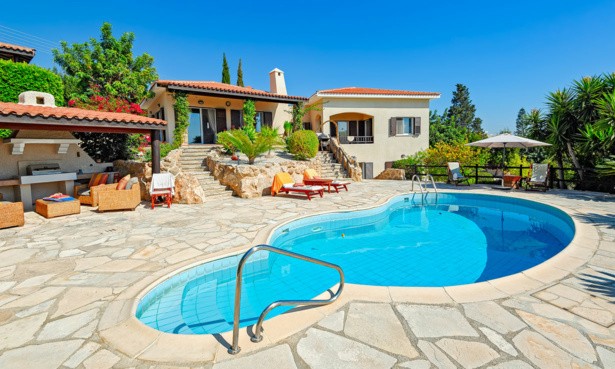 It’s not just airlines that are refusing to cancel bookings. Villa company, Solmar, doesn’t appear to be following the CMA’s most recent guidance.

Solmar told Sara Knight, who booked a villa in Mallorca for two weeks from 30 May, that it would not cancel her booking. It told her ‘the villa is available to rent, with Spanish restrictions on holiday accommodation usage lifted’.

Sara, who had paid £2,100 for the family holiday, was told that if she cancelled she would face a fee of 70% of the cost of the villa. Alternatively, she could receive a voucher which she could use to swap to a later date in 2020 with no fee, but pay any difference in cost, or pay £150 admin fee to use it against a 2021 date. The voucher would only be considered as an option if she could first prove a failed insurance claim and may depend on whether money was recoverable from the villa owner. The voucher was not guaranteed, so would be worthless if the company went bust.

Read more about whether you should accept vouchers or refund credit notes.

Had Sara got in touch sooner, under the terms Solmar were applying, she would have been able to recover more of the money – but she had followed advice on the company’s Facebook page, which stated that customers should not get in touch. It said it would contact customers in date order.

Solmar warned her if she were to cancel even closer to the date, she would be charged a 100% cancellation fee as set out in its terms.

The CMA’s guidelines on holiday accommodation state that it would expect a consumer to be offered a full refund if a consumer ‘is prevented from receiving any services because government public health measures mean they are not allowed to use the services’.

It says that a business can deduct a ‘contribution’ to the costs incurred which will usually ‘be limited’ where it ‘can’t recover them elsewhere’, but that these cases are ‘likely to be relatively rare’.  A 70% to 100% cancellation fee doesn’t seem in line with this  guidance and it seems unfair on the customer to rely on terms that are intended to deal with situations where the customer chooses to cancel.

Solmar told Which? it was following CMA guidelines and that the fee ‘is relative to the cancellation charges structure’.

It also said that the date a customer gets in touch is taken as the cancellation date, irrespective of how long discussions continue. However, Sara was warned the cancellation charge would continue to increase if she did not cancel.

Despite Solmar’s explanation, since Which? got in touch it has refunded Sara the full amount.

Sara’s case is one of many complaints against Solmar that Which? has seen on social media and Trust Pilot. Which? has reported Solmar to the CMA. 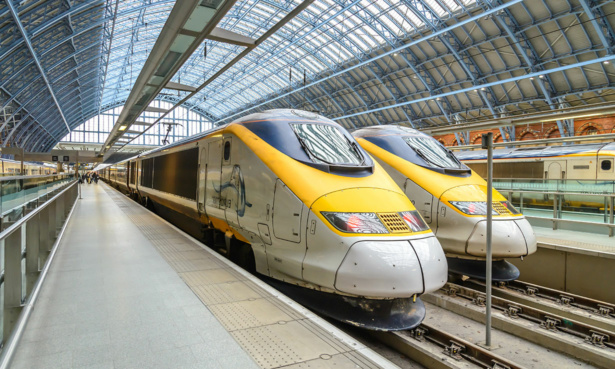 As with airlines, if your Eurostar journey goes ahead, the company is choosing not to refund – offering a voucher instead.

If your journey isn’t cancelled, under CMA guidance if you’re prevented from using services due to government Public Health measures, you should be entitled to a refund. This won’t apply if restrictions have lifted and you simply choose not to travel.

However, most Eurostar journeys are currently not running. If your journey is cancelled, you’re entitled to a cash refund under the Rail Passenger Rights regulation.

Eurotunnel has not cancelled any journeys

Eurotunnel hasn’t cancelled any passenger tickets and its policy is not to refund, unless you originally booked a Flexiplus ticket. Instead, it’s applying its normal terms, meaning you can only amend your booking free of charge but you’ll have to pay any fare difference.

Eurotunnel is offering a 12-month extension to those who bought unused Frequent Traveller tickets, but no refund.

Similarly to the Eurostar, CMA advice applies. Don’t feel that you need to cancel your journey and accept a journey change only – insist on a refund based on this issued guidance if government restrictions prevent you from using the booked journey.

What happens if a hotel stays open – can I get a refund? 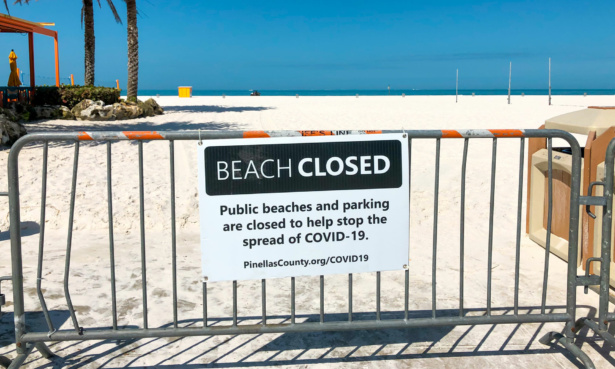 If the hotel you’re due to stay in is closed as a result of government advice in that country, you should be able to get most of your money back.

While hotels have been ordered shut in the UK, some have stayed open for key workers. If your hotel refuses to refund on the basis that it’s open, CMA guidance suggests that you can demand your money back – even if you booked a non-refundable rate. This is also the case for hotels open abroad, provided your booking was marketed to you in the UK.

If you booked a non-refundable room direct with a hotel in a foreign country, different rules may apply. If that country permits UK nationals to enter and the hotel is open for business, you aren’t entitled to a refund. It’s worth asking for one, though, as the company may offer a refund or a date change as a gesture of goodwill.

The same rules apply to UK cottage holidays. However, we found back in April agents, including Sykes and Hoseasons, had terms we potentially thought were unfair in their contracts. Since Which? reported this to the CMA, it has seen some clients refunded.

For more information read our guide on what to do if your UK break is affected by coronavirus.

What about static caravan yearly fees?

Which? has heard from people who pay upfront fees to sites where they rent a pitch for their caravan, asking if they’re entitled to a refund.

The CMA says: ‘Contracts related to caravans might cover a number of different arrangements.

‘To work out if a refund is due, each individual needs to look carefully at the service they’re paying for and consider whether that service is still being provided during lockdown.’

Push for a refund for services that are closed on the site, such as a swimming pool you wouldn’t be able to access. But since your caravan still uses the pitch and the park is still maintaining the grounds, the site owners may argue the majority of the services you pay for are still being provided, even if you can’t get there.