Villa Plus, the UK’s biggest specialist villa company, which was refusing to refund many ‘villa-only’ customers who couldn’t travel due to government restrictions, has now changed its policy. Some customers are thousands of pounds out of pocket, but since Which? reported the company to the regulator, they have now received emails promising refunds within seven days.

Within 24 hours of Which? reporting the company to the Competition and Markets Authority (CMA), Villa Plus decided to help its customers and offer refunds. Before the company announced its new policy on Saturday, one customer was set to lose nearly £5,000. Villa Plus had told her she wouldn’t get her money back, despite having been reassured by the company, in writing, she would get a full refund if she couldn’t travel due to travel restrictions.

The Foreign and Commonwealth Office’s (FCO’s) current advice against all non-essential travel means customers who have booked accommodation abroad can no longer feasibly get there. Villa Plus had rejected many customers’ requests for a refund, stating that they should instead claim on their travel insurance.

Villa Plus previously ignored a request from Which? to revise its policy. Which? believed Villa Plus was not acting in line with CMA guidelines to treat customers fairly over refunds, so we reported the company to the regulator.

Villa Plus U-turns on customers

Ella Stewart was due to stay in Menorca with Villa Plus for two weeks from 6 June at a cost of £4,805.

Back in March, Ella was worried about the evolving coronavirus situation. She was unsure whether to cancel her booking and forgo her deposit so that she wouldn’t have to pay the final instalment on her villa-only holiday. But after speaking to a Villa Plus staff member, she felt reassured she would be entitled to a full refund if her family couldn’t travel, so she paid the remaining balance.

Concerned that she didn’t have this in writing, Ella wrote to Villa Plus in April, and the same staff member confirmed by email that she would be entitled to a full refund if the FCO advised against travel to her destination.

But the night before Ella was due to travel, she received an email from Villa Plus stating she was not entitled to a refund. Instead, she was told to claim through her travel insurance. If that was unsuccessful, then she could request a voucher.

Nikola Coulthard was a victim of the policy change. Her holiday costing £2,612 was due to begin on 18 May – four days prior to the announcement. A Villa Plus Facebook post on 15 May and website post on 21 May said it would pay refunds to those who were meant to depart in the next three days, so she was expecting a refund. Yet, on 28 May, she was told a refund was no longer an option and she must cancel the holiday.

Villa Plus said: villas are ‘available for your use’ 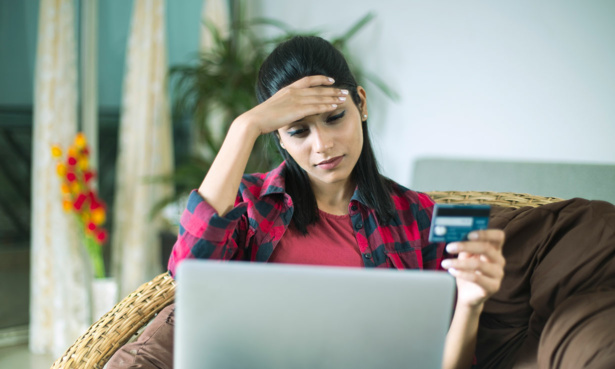 While Villa Plus was refunding passengers who bought a package (a booking with flights included), it told Which? that since villa-only customers have chosen not to ‘utilise the benefit of Atol protection with a flight-inclusive package holiday,’ a cash refund wasn’t ‘appropriate’.

However, the CMA has already cracked down on holiday companies refusing to issue refunds, after a surge in complaints. It set out in recent guidance that, in most cases, a customer should be due a full refund, even if a customer themselves cancels because of government public health measures that prevent them from using the company’s services.

Before its announcement on 13 June, Villa Plus also told Which? that while it was initially refunding packages and villa-only bookings, ‘due to local restrictions being lifted in certain destinations, this means that villa-only (non Atol-protected) customers are unfortunately no longer eligible for a refund as we are allowed to open up their villa for them.’ And it told customers who are unable to travel due to government restrictions that the villa ‘is available for your use’.

Despite these claims, many customers wouldn’t have been able to access their villa, even if they had been able to travel to their destination. Customers have told us that Villa Plus didn’t email them access codes, directions or any information about the villa they’d paid for, as it would under normal circumstances. Others weren’t contacted until after their holiday would have ended.

Villa Plus tries to resell customer’s villa, despite not refunding

Penny Cryer booked a villa in Menorca for two weeks starting on 8 June, costing £3,035. She was told to claim the money back through her travel insurance and in order to do so, would have to cancel her booking. She told Villa Plus not to cancel her booking, yet she still received a cancellation invoice.

Despite not granting permission for Villa Plus to cancel the booking, she then found her villa back up for rental on Villa Plus’s own website.

Which? has seen other instances where customers’ villas have been shown as available to rent on other websites, including Airbnb, Holiday Lettings and Booking.com. This was despite the fact that customers hadn’t been refunded.

Which? recently reported holiday cottage companies including Hoseasons and Cottages.com to the CMA for failing to refund customers in a similar situation. Following CMA action, the two brands (owned by Vacation Rentals) have since voluntarily agreed to offer customers a refund.

The CMA said in a statement: ‘We know the pandemic is presenting businesses with challenges too, but it’s not right that people are being left hundreds or even thousands of pounds out of pocket – on top of having to sacrifice their holidays.

‘Consumer protection law exists for a reason; businesses must observe the law or face the possibility of enforcement action.’

We asked Villa Plus why it didn’t appear to be following CMA guidelines. It chose not to respond. But it has since posted a statement on its website saying it believes the guidelines do not extend to overseas holidays. It has however promised refunds to all customers with bookings departing up to 28 June. It said in its online statement: ‘In the light of recent developments, we will now provide a full refund to those Villa Plus villa-only customers who believe that this is the best option for them’.

Traffic light system: red, amber and green list countries – where can I go on holiday?