Most of us are spending more time at home than ever before. An electric fan can help you freshen up a stuffy, claustrophobic home, and help you stay cool and comfortable.

If you’re looking for an electric fan, but you’re worried about wasting money on a model that’s noisy, clunky and generally so poor you’ll be looking to replace it next year, you’ve come to the right place.

We’ve just tested four electric fans from Dyson, Honeywell and Meaco at a range of price points. Read on to find out what each one has to offer.

Just want to know which is best? Jump straight to our Best Buy electric fans page.

Undeniably the prettiest on test, these electric fans don’t have blades, instead using Dyson’s Air Multiplier technology, which amplifies the surrounding air and provides smooth airflow that feels even across the room.

More traditional fans generate lots of air movement in their immediate vicinity, so you’ll feel nicely cool (or blown away) if you’re right next to them, but won’t feel the effects if you’re further away. Dyson fans are designed to avoid that problem. 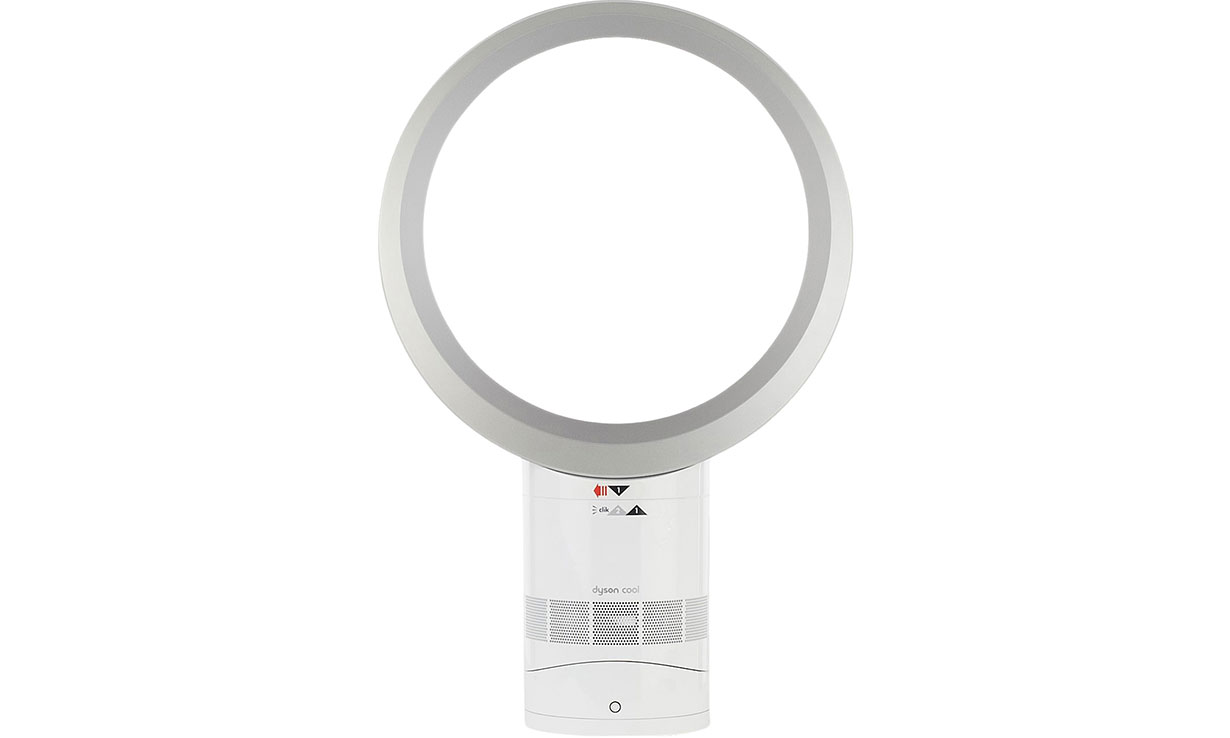 The open loop design of these fans also makes them easy to clean – you just wipe them down with a cloth or duster.

You can swivel the fan’s circle or oval head horizontally to direct the breeze, or use the oscillation feature to waft the air from side to side.

The AM06 (pictured above) is a desk fan, so it’s suitable for smaller rooms, while the AM07 (pictured below) is a tower fan, making it suitable for cooling a whole room. 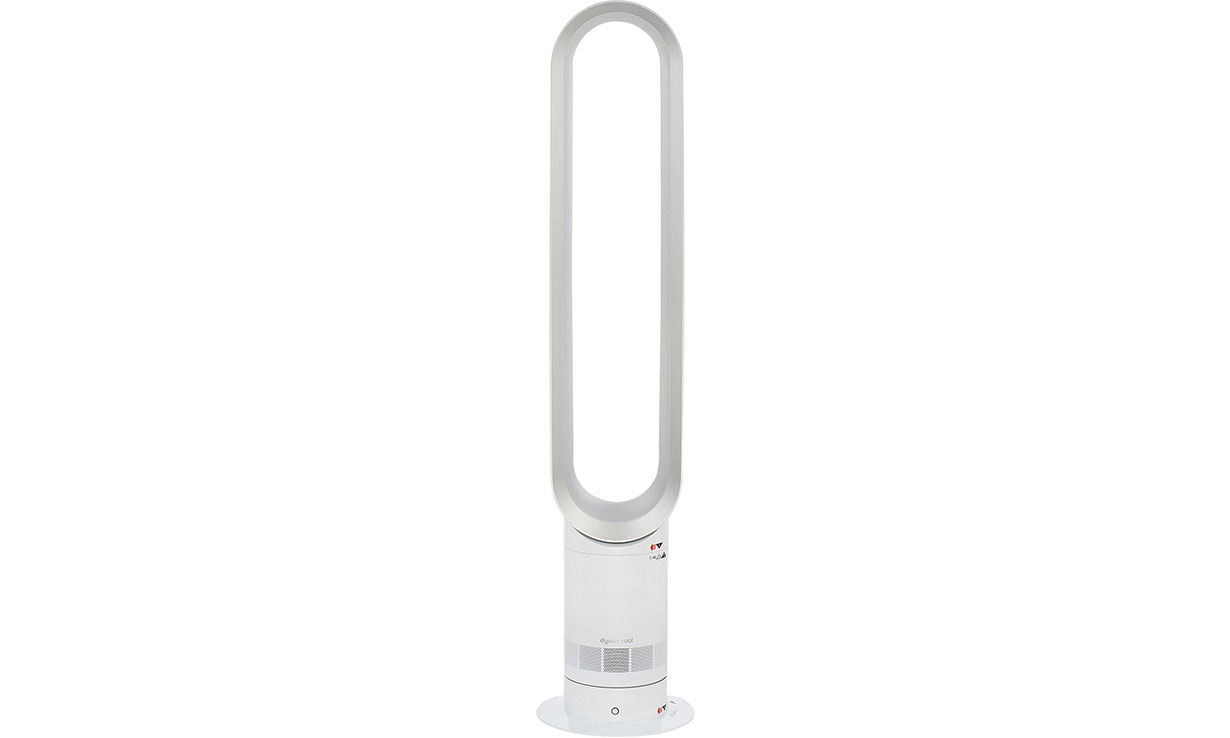 Each electric fan has 10 air speeds to choose from. The more airspeeds the better, of course, as you can tailor the airflow according to how warm you feel at the time. They also have a remote control that attaches to the fan magnetically for neater storage.

Both of these Dyson fans have Quiet Mark accreditation from the Noise Abatement Society, which sounds ideal if you’re looking for a fan that won’t disturb you while you’re working, watching TV or trying to sleep.

With such a promising list of features, are these Dyson electric fans worthy of Which? Best Buy status? Read our Dyson AM06 review and Dyson AM07 review to find out. 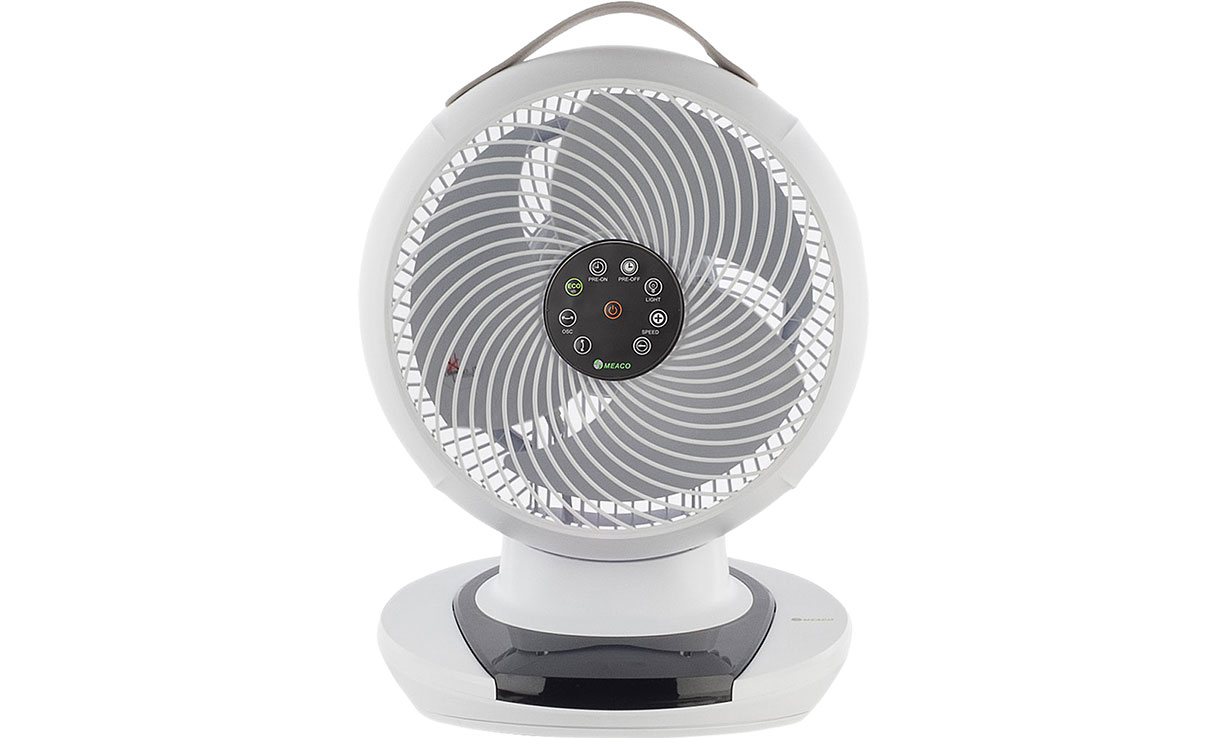 The Meaco 1056 is a compact white desk fan. It has 12 speed settings and you can set the fan to oscillate from side to side or tilt the head up or down to direct the airflow.

There are digital touch controls on the fan itself for when it’s perched on the desk beside you, and a remote control for when you’re a bit further away and don’t want to move from the sofa.

Like with the Dyson fans we’ve just tested, the remote control is magnetic for attaching to the fan when you’re not using it.

Head over to our full Meaco 1056 electric fan review to find out what else this model has to offer. 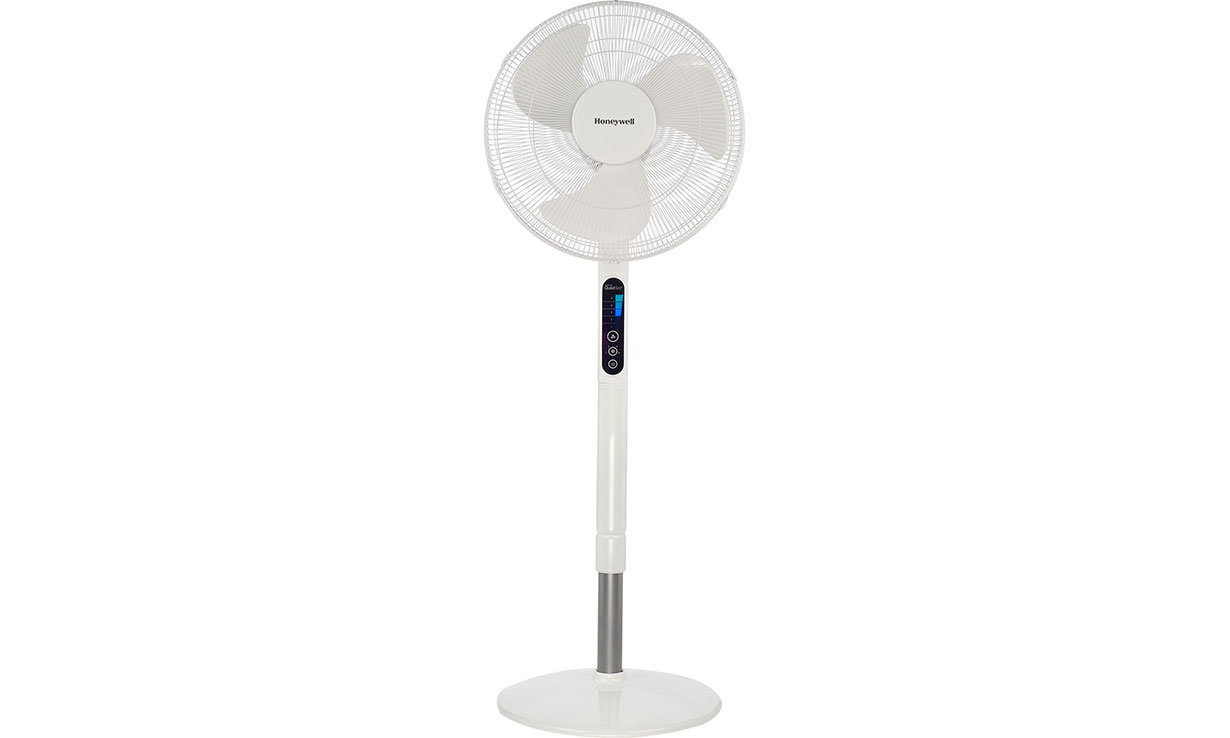 If you’ve got space for a larger device and you’re looking to cool your whole room, you could consider the Honeywell HSF600WE electric pedestal fan.

The Honeywell has five speed settings – that’s less than the other models here, but still gives you some flexibility to change the breeze.

The cord is 1.8 metres long, so you won’t need to have it right next to the plug socket. You can also adjust the height between 105cm and 123cm. You can tilt the head of the fan downwards and there’s an oscillation mode as well.

This electric fan comes bundled with a remote control, although not all of the features can be set using the remote.

Read our full Honeywell HSF600WE review to find out how this electric fan fared in our tests.

If you’ve really been struggling to cope in this summer’s heatwave, you might be wondering whether to just go all out and buy a portable air conditioner.

Unlike fans, which simply move air around creating an impression of coolness, air conditioners actually cool the air. These machines pull air in, cool it and release that cooled air, expelling moisture and excess warm air through a hose that hangs out your window (shown below). 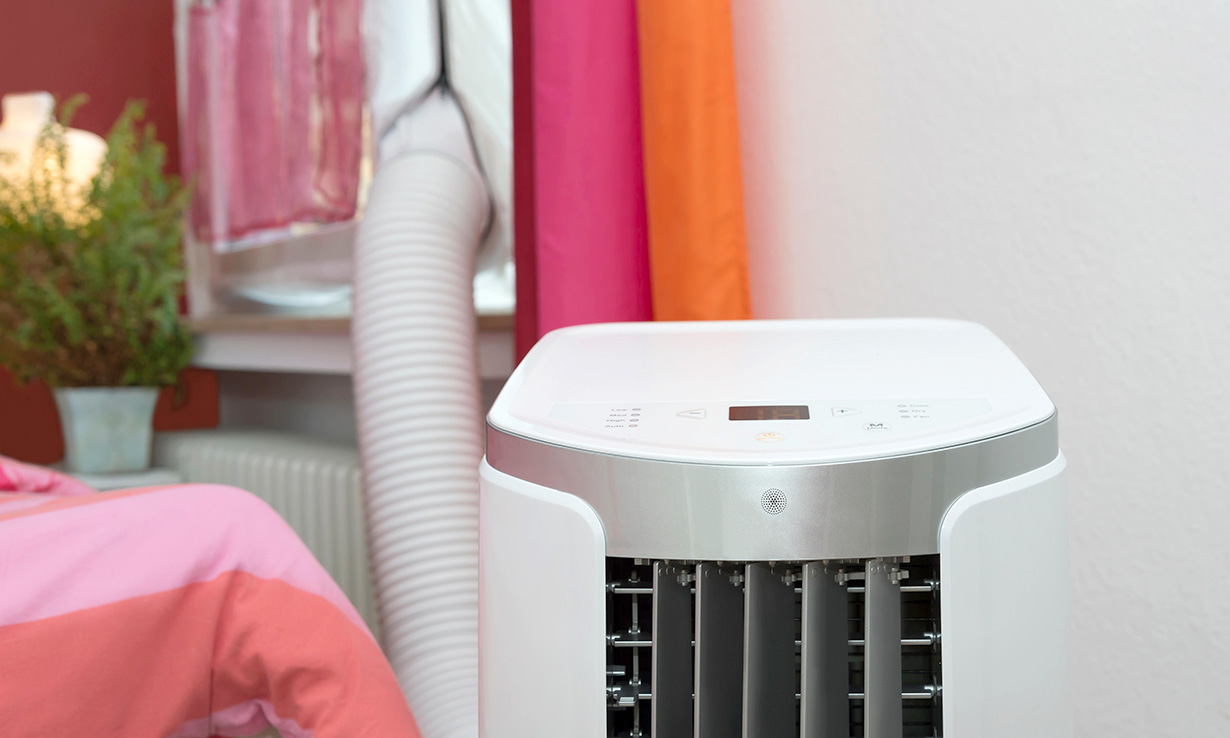 In practice, a fan will be the better choice for most people – particularly if you live in a small flat. You can pop a fan into a cupboard much more easily when the weather’s colder and whip it out again on an unseasonably warm autumn or spring day.

Portable air conditioners are large and hefty – imagine the weight of checked-in luggage on a flight – so you’ll need the floor space and storage space. They’re also more of a challenge to set up compared with a fan.

You’ll want to consider cost, too. Portable air conditioners are more expensive, with those we’ve tested ranging from £350 to nearly £920. 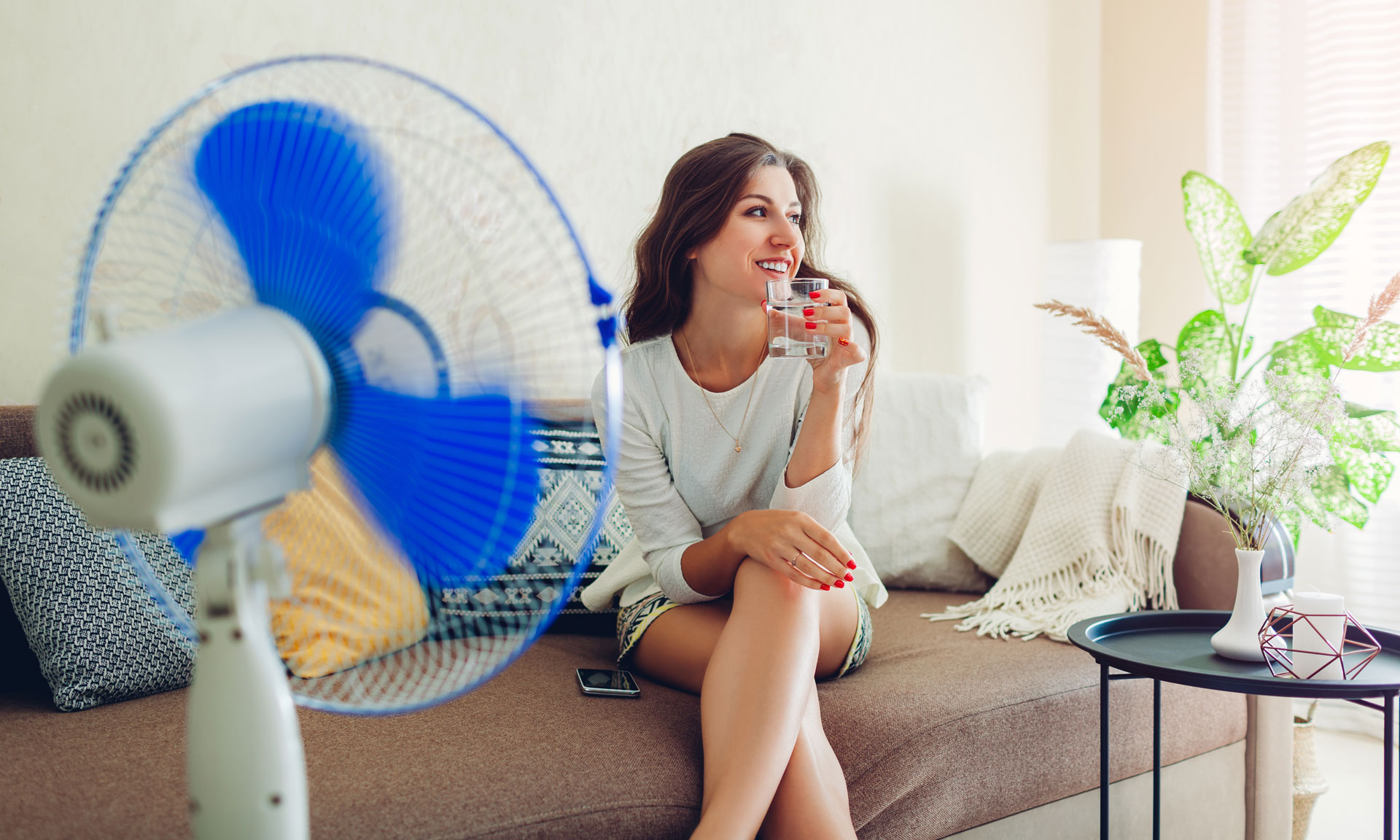 Only an electric fan that scores 70% or higher in our tests can earn our Which? Best Buy recommendation.

We also check each electric fan for safety concerns. If there’s any risk of you, or a child, getting injured – for example, if there’s space for fingers to slide in through the fan’s covers – then that model can’t be a Best Buy.

For more information, read our guide to buying an electric fan. Alternatively, it’s cleaner air you’re after, check out our list of Best Buy air purifiers.