Our rechargeable bike lights testing reveals you don’t have to spend a fortune to get a bike light that will be long lasting, consistently bright, easy to use and lightweight.

We tested a total of 17 rechargeable bike lights (10 front and seven rear) from a number of popular manufacturers including Halfords, Moon and Knog.

Four were good enough to be named Which? Best Buys with the cheapest starting at £18. But three of the lights broke during testing – one front and two backs.

Find out which we named the best rear lights and the best front lights. 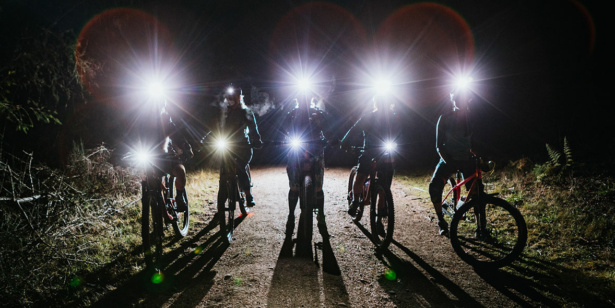 1. Cool features and bold claims can be entirely negated by poor durability. Of the 17 lights we tested, three broke. One of the lights completely disintegrated. 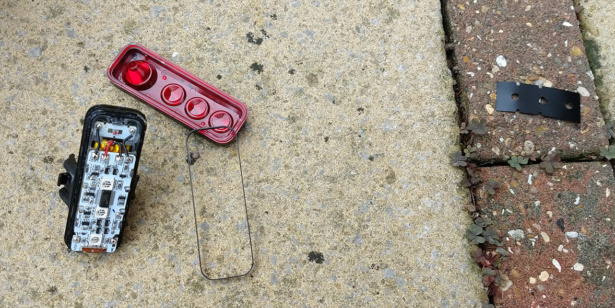 2. There was a clear disparity in battery quality.

We drained each light’s battery and then charged them back up for 10 minutes to see which would last the longest. Doing this mimicked what might happen in a real life situation: you’re running late for work and have forgotten to charge up your light in time for your commute.

Our tests found the worst light during this test managed only 20 minutes on its least bright continuous setting, while others could last more than two and a half hours.

3. Much higher lumen on paper doesn’t necessarily translate to the same level of visibility when the light’s in use. We found a 1,600 lumen light that wasn’t that much better at illuminating a dark road than 1,000 lumen.

Less lumen can still light up the road just as well if it uses the beam intelligently.

4. Manufacturers don’t always include attachments in their weight measurements.

We weighed the lights with the necessary attachments to reflect the weight you’ll be lugging up and down hills on your bike. In one instance we found a discrepancy of 15% between the stated weight and the true weight.

How we tested the bike lights

Talking to cyclists taught us they prefer to buy their front and rear bike lights separately, so we choose to test individual lights rather than combined front and rear sets.

Our research among a set of keen cyclists revealed their preferred price point for bike lights was less than £50.

In our testing we rated each light on the following:

We set all the bike lights to their highest brightness setting and ranked them on their level of brightness. We then took the lights out onto an unlit country lane and ranked them for how well they lit up the road and surroundings.

Because we know some cyclists are a forgetful bunch, we drained each light completely, then charged it for ten minutes, and timed how long the light would last on its least bright continuous setting.

Each light was weighed on the same set of kitchen scales with the correct attachments.

The lights were dropped from handlebar height 10 times onto a hard surface.

All lights were placed under a shower head for five minutes to mimic a heavy rain shower. 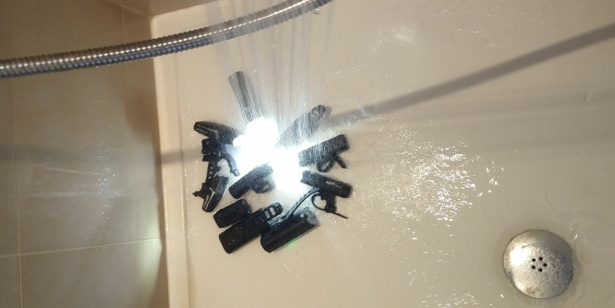 We attached all the lights to a vertical pole and walked around it, noting which we could no longer see from a side on stance.

We bought all of these bike lights for testing just like you would. 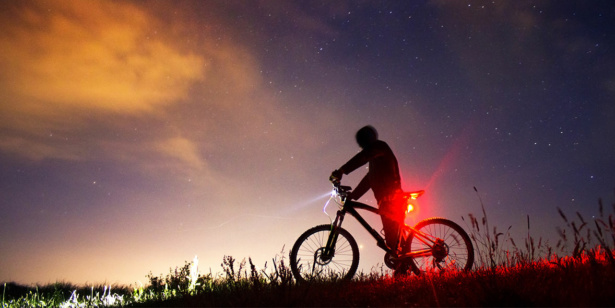 Five things you need to know about bike lights