Hot chocolate bombs with marshmallows are having a moment as the Hygge trend for hunkering down is one of the few things we can enjoy during this winter stage of the coronavirus pandemic.

In fact, as we discovered when we came to buy them for our test, hot chocolate bombs are selling out so fast that if you want them for Christmas, you should buy them when you see them.

For the uninitiated, hot chocolate bombs are a hollow ball of chocolate with marshmallows inside. The bomb melts as you pour over hot milk.

But how do they compare to traditional hot chocolate? We did have trouble finding stock to test but managed to round up seven popular hot chocolate bombs for our two tasters to try out to bring you our verdict. 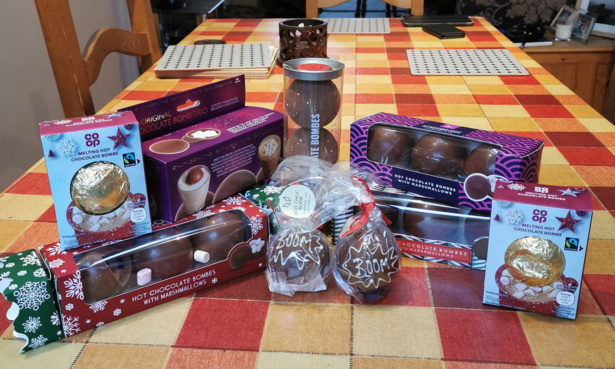 How we tested our hot chocolate bombs

Our testers have very different tastes – tester one has a sweet tooth and tester two definitely does not.

Our tasters scored each bomb on aroma, texture and, most importantly, taste. In addition, our two testers commented on the number and size of marshmallows and overall appearance. The hot chocolate bombs we tasted cost from £1.50 per bomb serving to £6.

Our verdict was that you should only consider buying hot chocolate bombs if you have a very sweet tooth.

We found the hot chocolate bombs incredibly sweet compared to the powdered hot chocolate, which led us to rank almost all of them worse than the Whittards. Some of the bombs did look appetising, but we found chocolate flavour lacking across the board.

However, there was one standout winner from all the bombs we tasted. This hot chocolate bomb is not only our favourite but also the only bomb we thought tasted better than the Whittards powder. 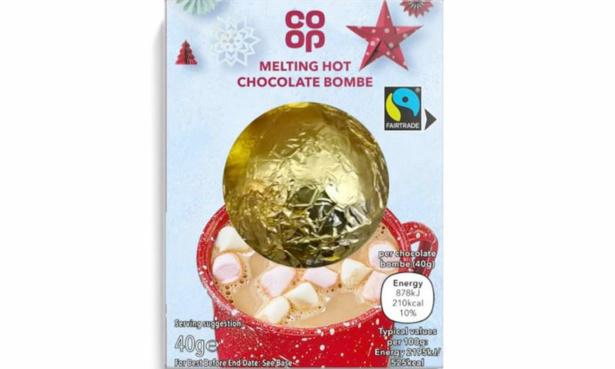 Both testers thought the preparation was a bit messy and noted it took some stirring. The number of marshmallows varied: eight in one cup and 12 in another – and the size of the marshmallows was small compared with some others we tested.

But when it came to taste and texture, we judged the thickness of this hot chocolate to be just right and the chocolate flavour came through far more than the other chocolate bombs on test. It was still very sweet, but had more real chocolate taste than we noticed in the others. Both our testers picked it as their favourite, despite having very different sweet teeth.

Marshmallows in hot chocolate bombs: how they compared 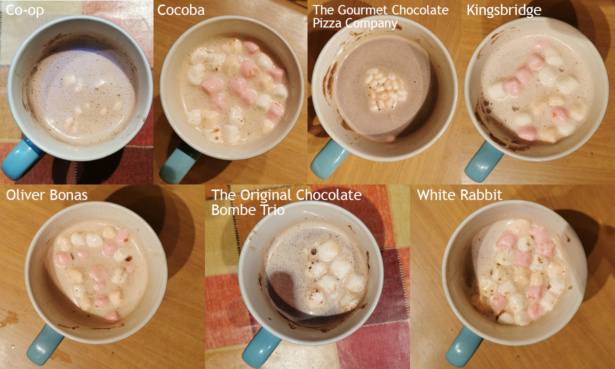 If the marshmallows are your main motivation for splashing out on hot chocolate bombs, it’s worth knowing we recorded a large variation of marshmallow numbers and sizes in the samples we tested.

Some of the same brands even contained a different number of marshmallows per bomb.

Below you can see how many marshmallows each tester counted in their drinks.

If this table shows us anything it’s that the amount of marshmallows doesn’t dictate the quality of the hot chocolate. Our favourite sits at the bottom with one of the fewest marshmallows.

The worst-looking marshmallows belonged to The Gourmet Chocolate Pizza Company. Both testers noted how they shrank almost immediately to the size of tic tacs when we melted the bomb.

Some of the marshmallows detracted from the chocolate flavour we thought and others (predictably) made the drinks more sweet.

How much sugar is in a hot chocolate bomb?

We found, on average, the bombs we tested contained around 23.3g of sugar each.

This is a good way towards your 30g recommended maximum free sugar intake.

This also far exceeds Whittards 12g per cup, which explains why our testers felt the bombs were much sweeter than the standard hot chocolate we compared them to.

How the rest fared

In alphabetical order, here are how the rest of the hot chocolate bombs we tasted, fared. 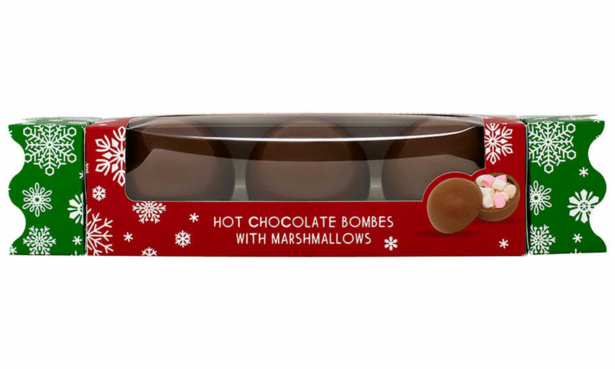 Our testers had conflicting views on this bomb. One thought the drink looked better (especially the marshmallows) than it tasted, but it was let down by its overly sweet flavour. This was one tester’s least favourite overall.

The other thought the marshmallows looked really good and did in fact add to the flavour. Both thought this bomb melted nicely and was easy to stir. You can pick these bombs up from Cocoba. 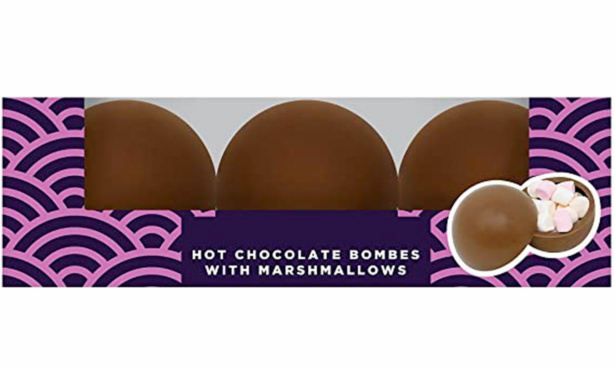 Conflicting views on this one too. One tester scored it well for aroma and texture. The other felt it had more chocolate aroma than taste and named it least favourite.

It’s worth knowing that this one can only be bought as two packs for £20 (that’s six bombs).

You’ll find this set of bombs at Amazon. 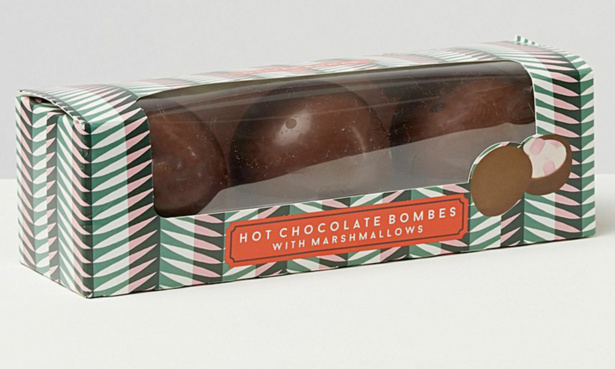 This was one taster’s second favourite, he particularly liked the marshmallows, but it failed to impress our other tester, who felt it lacked chocolate flavour.

You can buy this one from Oliver Bonas, but it’s currently unavailable. 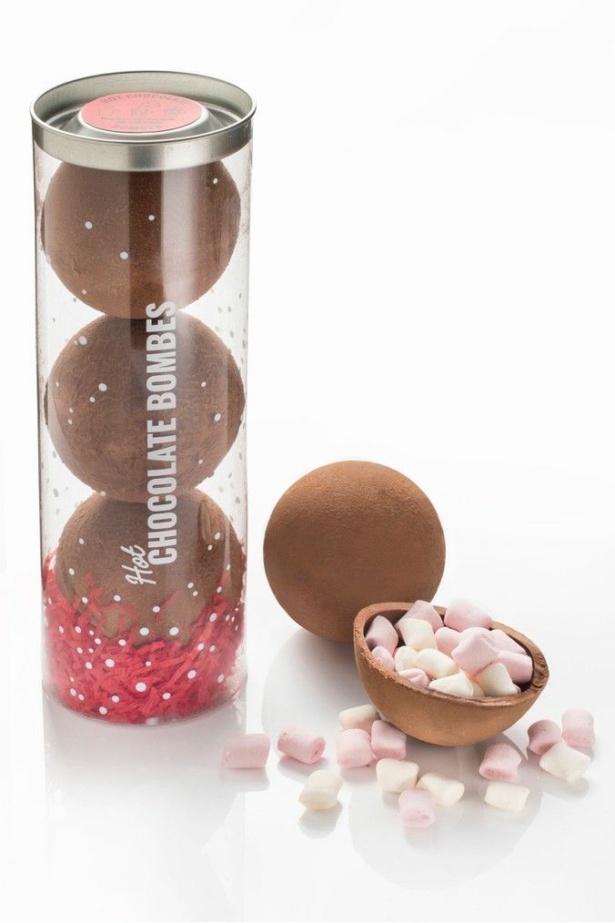 This bomb was the only other one both testers agreed on. Its flavour was described as ‘insipid’ and scored poorly all around.

The most memorable thing about this hot chocolate bomb was the strange transformation of the marshmallows in preparation. Both testers commented how the marshmallows shrank immediately once you poured the hot milk over the bomb and stirred. 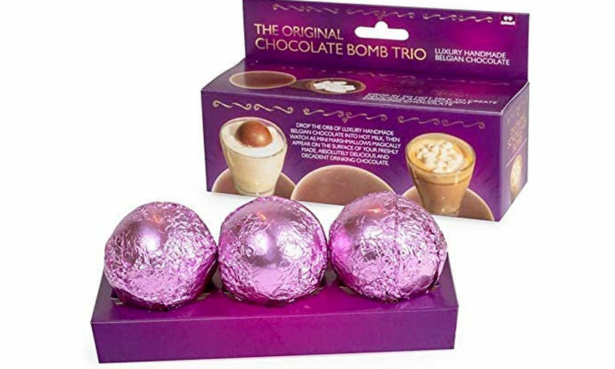 One taster liked the look of the marshmallows but felt these contributed to an overriding sweetness. The other judged it on par with the powdered hot chocolate thanks to its decent chocolate flavour. 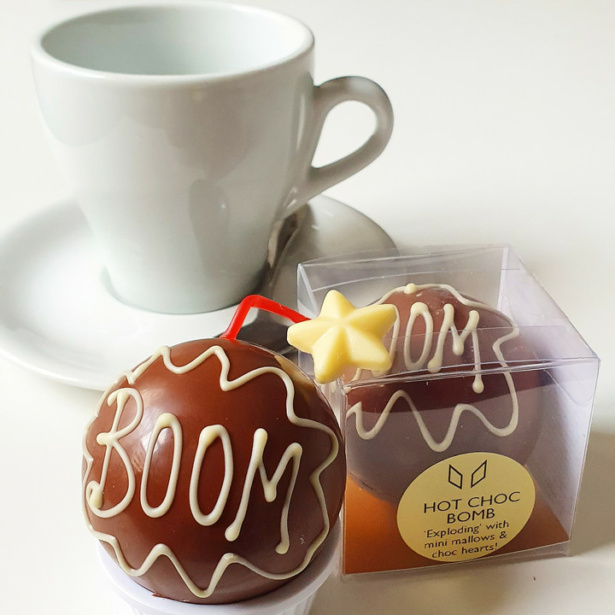 Both felt the texture of this hot chocolate bomb was inconsistent and the chocolate flavour was bland. But the white chocolate wording on the bomb and the plump marshmallows were a bonus.

All the bombs tested are not suitable for vegans and all prices are correct at the time of publishing.