The Competition and Markets Authority (CMA) has expressed concern over the unequal and patchy roll-out of charging infrastructure for electric cars in the UK.

The watchdog has set out key recommendations for the government to follow ahead of the impending ban of the sale of new petrol and diesel cars by 2030, and its target of making the UK net zero by 2050.

Along with its recommendations, the CMA promised enforcement action to tackle service stations that don’t offer competition between different charging companies.

While there are 25,000 electric charging points in the UK right now, the CMA estimates at least 10 times more will be needed by 2030 to meet upcoming demand.

What’s more, the distribution of these charging points is uneven. Rural areas in the UK risk being left behind thanks to slow roll-out plans from local authorities, with the CMA characterising the availability of chargers in the UK as a ‘postcode lottery’.

For example, London has four times the number of charging points at 80 chargers per 100,000 people than Yorkshire and Humber, which has just 20.

The CMA is also concerned with the slow roll-out of on-street charging points, for which local authorities are responsible.

Even in areas where the roll-out is going well – including public spaces such as shopping centres, workplace car parks and motorway service stations – another danger is looming, which is a lack of competition and choice for consumers.

Which? has previously called for universal access to chargers along with contactless payments and consumer choice of which brand to use. See our story on the biggest problems with electric car charging and how to fix them for more 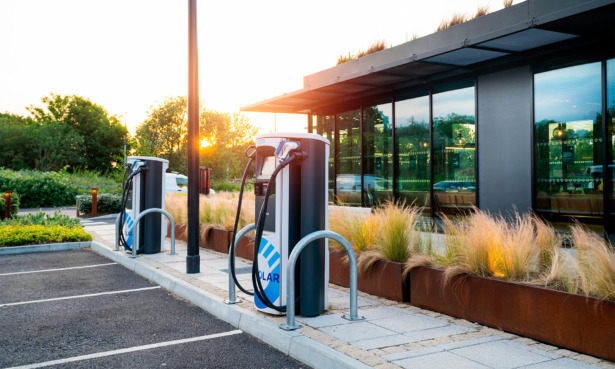 Gridserve bought the Electric Highway network from energy firm Ecotricity earlier this year. It told us that it had recently made big upgrades to its network, upgrading charging points at more than 70 locations in recent months.

The company also directed us towards its Gridserve customer charter that, among other things, promises ‘competitive pricing’ and compatibility with a wide range of  electric vehicles.

While it didn’t respond directly to the CMA’s key concern over exclusivity and competition, Gridserve added: ‘Our focus is to find a path forward that addresses the concerns raised by the CMA, enabling us to retain momentum, and continue to swiftly deliver the net zero charging infrastructure plans and investment we have worked so hard to put in place, that support the successful uptake and transition to electric vehicles, in line with the government’s clearly stated objectives.’

The CMA has also recommended that the government’s £950m Rapid Charging Fund adds extra conditions to accessing funding that ensures service stations are obliged to provide a choice of charging station providers.

Andrea Coscelli, the CMA’s chief executive, said: ‘Electric vehicles play a critical role in meeting net zero, but the challenges with creating an entirely new charging network should not be underestimated.’

Can’t yet make the switch to an all-electric vehicle? See our expert pick of the best hybrid cars

Calls for government to step up with a national strategy

The CMA has set out four principles that it says should make charging your car as simple as filling it up with petrol or diesel:

The CMA has set out recommendations of how to speed up the roll-out of charging points, including a National Strategy for charging between now and 2030 for all four nations of the UK.

It also says that the UK governments need to step in and help local authorities boost the roll-out of on-street charging, including providing a clear role for those authorities so they know what is expected of them.

See also: thousands of new charging points to be installed across Britain.

Sue Davies, Which?’s head of consumer protection policy, said: ‘The UK’s electric car charging network is confusing, disjointed and in dire need of reform to make it a viable option for all, especially those who do not have access to a private charger. So it’s promising to see the CMA calling for a national strategy to improve the sector and investigating competition concerns.

‘To ensure that electric cars are a choice for most consumers, the government should take these recommendations seriously and take the necessary steps to make the public charging network larger, simpler and more accessible than it is today.’

Find out how much it costs to charge an electric car