New Which? snapshot research found taking the plane rather than the train for UK domestic travel results in carbon emissions six times higher, on average.

Which? compared the carbon footprint of flying vs taking the train on 10 UK routes between 3 and 8 August, including to many popular holiday destinations such as Bournemouth and Newquay.

However, travellers who want to reduce their carbon footprint by taking the train face an expensive bill for doing so. Eight of the 10 routes we looked at were cheaper by plane, and significantly so – train fares were 49% more expensive than the same route by plane on average.

The research comes as airlines launch new UK domestic routes to take advantage of more people holidaying at home. EasyJet has recently launched routes including to popular holiday spot Newquay in Cornwall from Birmingham and Inverness.

One train route was 169% more expensive than travelling by plane

The most expensive fare difference we found was from Birmingham to Newquay, with the return flight costing just £67 and the train £180. That’s despite us checking advance train ticket fares and the return train trip taking over 12 hours vs two hours and 20mins by plane.*

CO2e** emission for this route both ways is 156kg (this is an average amount for this plane journey per person, it is not specific to easyJet’s route). Via train, the carbon emission was estimated to be just 27kg.

For the Bristol to Newcastle return, Carbonfootprint.com estimated that the plane journey would emit 203kg of CO2e per person. That is more than six times the emission of the train which would emit just 33kg per person and the largest difference in CO2 emissions of all routes checked.

The train journey would also cost nearly twice as much as flying, with a flight costing just £87 while train tickets cost £172. 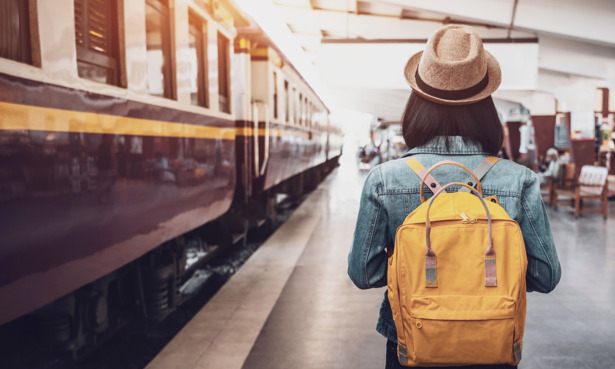 Why is the carbon footprint of domestic flights so high?

The emission factors for domestic flights (in the UK) and short haul (UK to Europe) aren’t the same. This is because different types of aircrafts are used and because average occupancy levels and class of seat chosen varies. Estimates take these factors into account.

Despite government commitments to bring all greenhouse gas emissions to net zero by 2050, it’s set out a proposal to cut air passenger duty tax (APD) on domestic flights. The government also increased rail fares by 2.6% this year, which is more than the rate of inflation.

The Rail Delivery Group – the rail industry membership body – conducted research showing that a 50% cut in APD could result in 222,000 fewer rail journeys a year as people shift to flying with air fares becoming cheaper. It estimates that these extra journeys would equate to 27,000 tonnes of extra carbon emissions.

Looking to reduce your carbon footprint? Here are our top tips on how to travel more sustainably 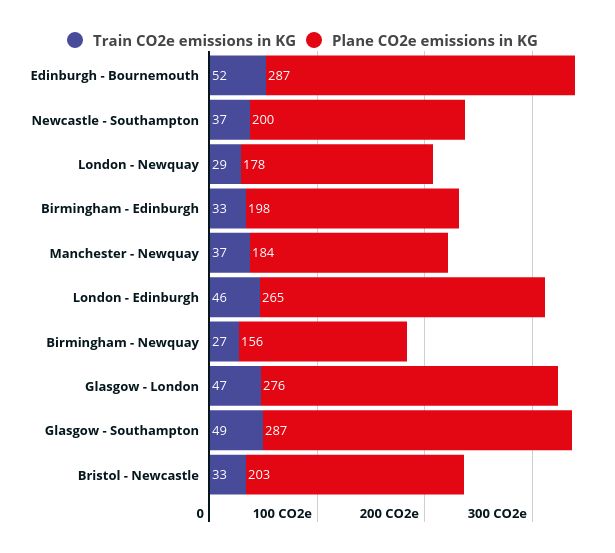 Look at the bigger picture to help reduce carbon emissions

When choosing between flying or taking the train, it pays to look at the overall picture. While flights tend to be cheaper than trains, factor in the cost of travel to the airport and potentially the cost of parking.

On the Glasgow to London route, the price difference between the train and plane was £26. When we checked the cost of parking at Glasgow airport for the required time, the cheapest option was £24.99. When you add petrol on top, the plane becomes more expensive.

The same route takes three hours and 15 minutes by plane and 10 hours and eight minutes by train (round trips). Once you factor in the journeys to and from the airport, as well as the length of time you’ll spend waiting around and going through security, you may end up travelling for closer to seven to 10 hours overall if you go by plane.

Additionally, car journeys to and from the airport will add further CO2e into the atmosphere on top of the 276kg emitted by the plane itself, compared to 47kg by train. This is the equivalent of using energy to charge 33,573 smartphones or 5,717. 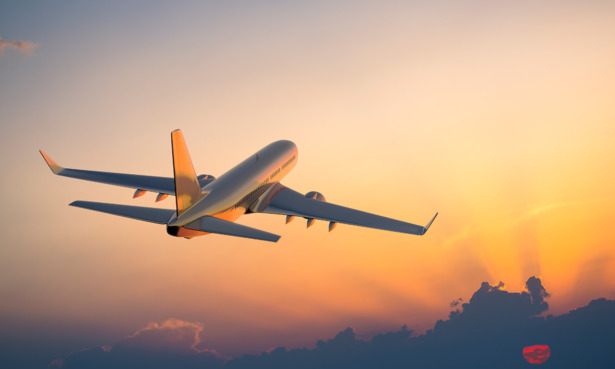 Carbon offsetting: how to reduce the impact of flying

***CO2e averages and estimates were provided by Carbonfootprint.com, which uses the UK government conversion factors for greenhouse gas (GHG) reporting. Carbonfootprint.com’s calculators are also independently audited. Train journey CO2 is calculated by the road route – there is a 5% leeway.