When shopping for the best tent for a UK camping trip, you’re always likely to choose one with a high level of waterproofing. So why is it so common to find water inside your tent?

Even if the forecast says you’re in for a scorcher there’s a chance the weather could turn, so we recently put 10 popular pop-up tents to the test to find out which ones survive the unpredictable British weather.

Each tent was pitched for three days and endured several rain storms, and after less than 24 hours some tents with high waterproofing ratings had puddles in them.

That’s because hydrostatic head waterproof ratings aren’t everything when it comes to keeping water out of your tent, but sadly they’re often all you have to go on when shopping for one.

Read on to find out why you should take tent waterproof ratings with a pinch of salt, tips on keeping your tent rain and condensation-free, and which pop-up tents we managed to pitch and pack down the quickest in our tests. 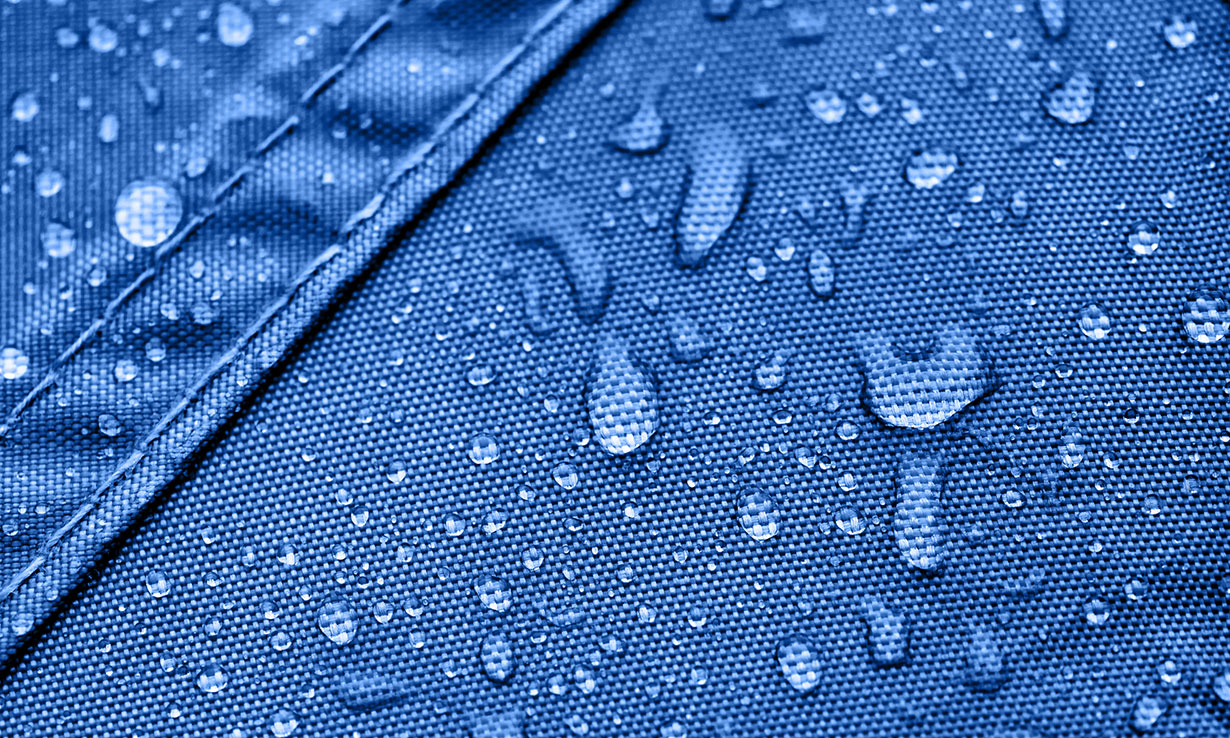 You might come across a tent with a waterproof rating of 2,000mm and assume that it means the tent will put up with 2,000mm of rainfall before it leaks. But it doesn’t quite work like that.

What it actually means is if you press a column of water 2,000mm high against the tent’s canvas, the water wouldn’t go through it.

These are called hydrostatic head ratings, which aren’t very easy to quantify but can be understood by following a simple rule that the higher the number, the more water the canvas can withstand.

This is because most leaks in tents don’t come through the canvas, they come in through the seams and zips.

If the seams and zips haven’t been stitched and sealed together securely, water will leak into the tent regardless of how repellent the canvas is.

If there’s a lot of water ingress at a certain point along a seam or near the door of your tent, it’s likely to be a problem with the stitching and should be covered by your tent’s warranty.

Give the waterproofing on your tent a test drive before camping with our pick of the best garden hoses.

How to keep your tent as dry as possible 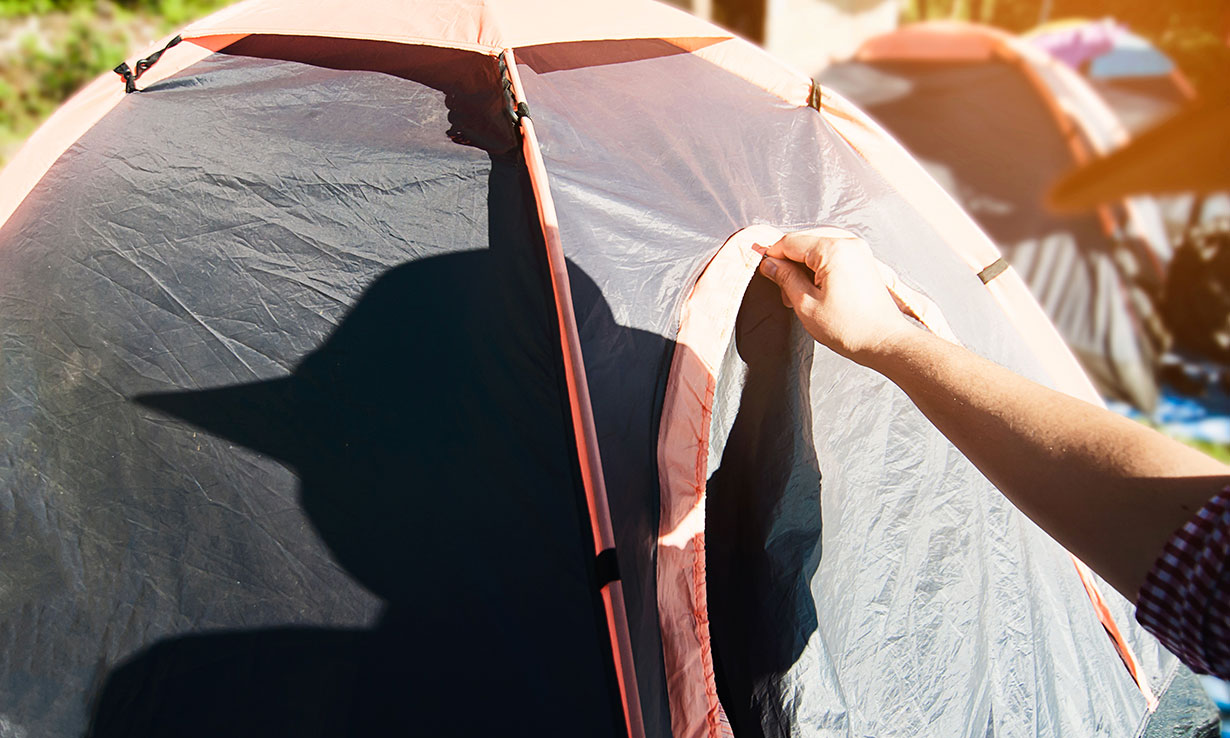 Stay comfy while you camp with the best camping chairs.

Is my tent leaking or is it condensation? 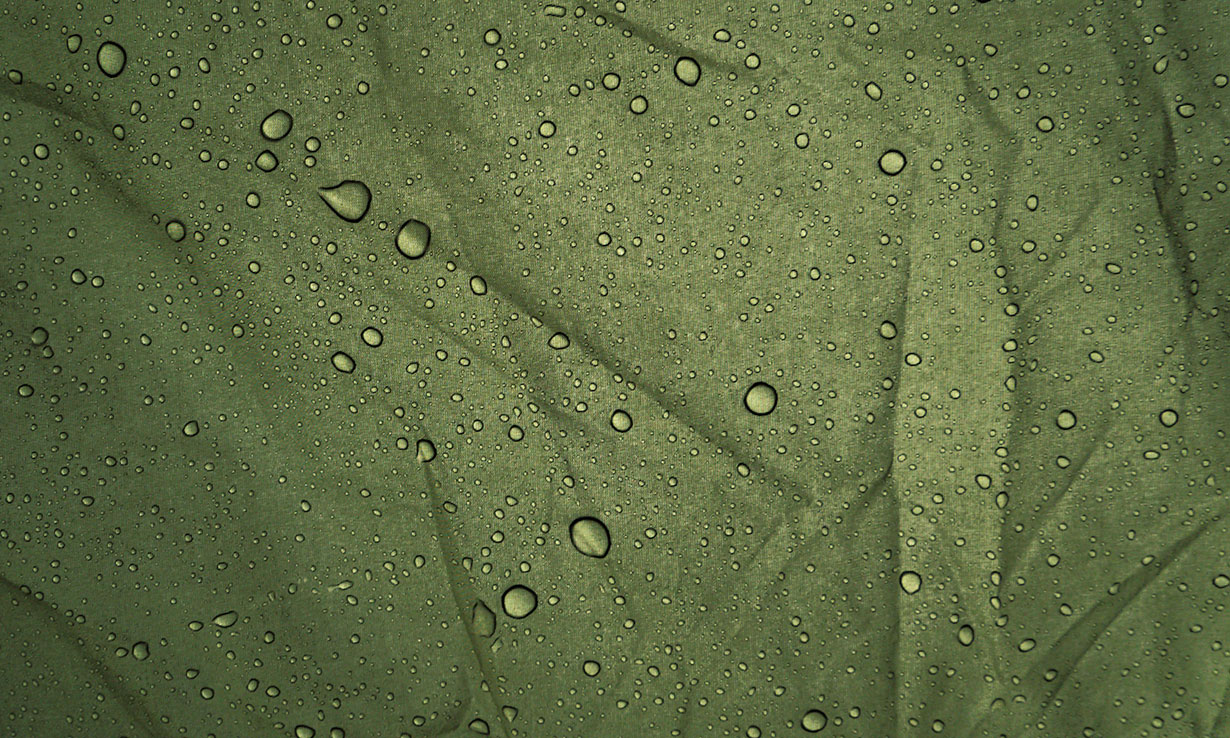 It’s common to wake up in the morning to see droplets of water sitting on the ceiling of your tent.

This is most likely condensation rather than a leak, and there’s little you can do to eliminate it from your camping experience.

Lots of moisture floats around in the air we breathe, and because the ceiling of your tent is a waterproof barrier the moisture finds it difficult to escape back outside.

The air inside the tent also tends to be warmer than the canvas, causing the moisture to condense into a liquid form when it touches the ceiling.

Campers inside a tent also cause condensation to form. Over the course of one night’s sleep a person can breathe out as much as one pint of water into the air. Even with good air circulation it’s difficult for all of that moisture to escape your tent.

As advised above, taking steps to keep your tent as ventilated as possible will help to reduce condensation. Don’t hurry back to the shop to return your tent if you do find the ceiling a little damp, though.

Water ingress from a small single point or consistent heavy leaking is likely to be a leak, but damp or water droplets in a patch on the ceiling is probably just condensation and nothing to worry about.

Check out the best head torches.

See our tests in action as we timed and judged the speed and convenience of pitching and packing away 10 popular pop-up tents.

France announces it will lift UK travel ban from Friday