eBay, Wish.com and AliExpress have said they will remove a raft of potentially dangerous weight loss supplements from their platforms after a Which? investigation found dozens for sale.

Our investigation looked at pills and powders containing yohimbine and synephrine – two ingredients The Medicines and Healthcare Products Regulatory Agency (MHRA) said have ‘considerable potential to cause harm if used without medical supervision or advice.’

The substances are marketed as a weight loss aid and workout enhancer, though there are doubts as to their effectiveness.

More importantly, there are concerns about their effect on health. The MHRA said in a statement they are ‘capable of causing significant physiological effects, especially to blood pressure and heart rate.’

What are Yohimbine and Synephrine?

Both yohimbine and synephrine are substances extracted from certain herbs. They are used as ingredients in weight loss pills and pre workout supplements.

Yohimbine is derived from the bark of a tree found in parts of Africa and is traditionally used as a male aphrodisiac, as well as being marketed as a weight loss supplement. Synephrine is a pharmacologically active substance derived from bitter orange extract.

Yohimbine is banned for sale in the UK, except when sold by a pharmacist. However, Which? understands it is not routinely available on prescription.

Regulation of synephrine is more complicated than that of yohimbine and the MHRA assesses individual products containing the ingredient on a case by case basis.

But because it can cause physiological effects, synephrine would also normally be regarded as a prescription-only medicine, making it subject to strict quality, safety and efficacy controls.

An MHRA spokesperson said it was ‘highly likely that finished products containing either yohimbe or synephrine would satisfy the definition of a medicinal product and we have previously determined many such products to be medicines.’

The MHRA said it would ‘review’ the products we uncovered in our investigation. ‘Where we find products deemed as medicines and not holding an appropriate authorisation, we take action,’ the spokesperson added.

Despite warnings about the safety of these ingredients, and the fact they are not meant to be routinely available for sale in the UK, we were able to easily purchase a sample of nine products containing either yohimbine or synephrine, three from each platform.

Of the nine we purchased, two carried no health warnings or dosage information at all.

One had the name of the ingredient – in this case Yohimbine – clearly visible on the packaging, though it was successfully delivered to an address in the UK.

Each platform had at least a dozen products containing yohimbine or synephrine available for sale at the time of our investigation. Prices varied considerably. Some items cost as little as £2.39 plus postage, others were priced at more than £80.

They were available to be shipped from countries including India, the USA, Ukraine and Poland, with many offering free postage.

eBay sales data, which is available publicly on product listings, showed one pouch of synephrine powder that claimed to offer ‘weight management’ had been bought 197 times. One yohimbine product had been purchased more than 146 times.

It is not clear from the data where the customers who purchased the items reside, and there are no restrictions on the sale of yohimbine or synephrine in certain other countries, but we were able to purchase our own selection with ease.

Are Yohimbine and Synephrine dangerous?

Both substances can cause serious harm, Dr James Coulson, a toxicology expert, told Which?. Asked if they can be dangerous, he said: ‘The answer is yes, to both.’

Coulson, who is a Reader at Cardiff university and a practicing consultant physician at the Cardiff and Vale NHS Trust, is a member of the UK’s Committee on Toxicology and a consultant to the UK National Poisons Information Service. 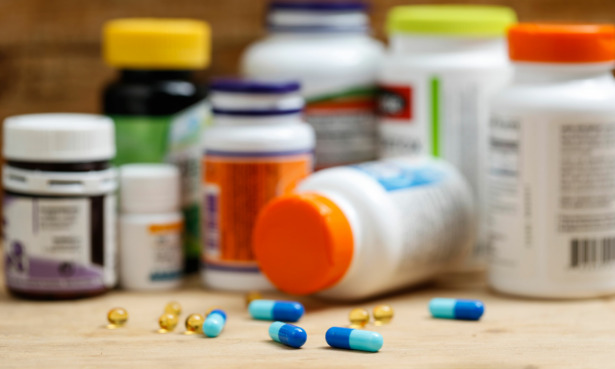 Common symptoms of having taken either yohimbine or synephrine can include agitation, aggression, nausea, and increased heart rate and blood pressure, Coulson said. But taken in high doses there can be more ‘dramatic presentations [of symptoms],’ that can damage the heart and kidneys, sometimes permanently, and can lead to stroke and heart attack.

‘When it comes to these drugs the critical effects, we are concerned about is their effect on the sympathetic nervous system and particularly their effect on blood pressure,’ he said.

‘If you’d taken a lot of it you’d then start to see the effects of secondary organ damage because of the rise in blood pressure [and] you’d expect to see potentially damage to the cardiovascular system. A lot of this will depend on individual susceptibility. If you’ve got underlying cardiac disease it can certainly be manifested in one of these episodes.’

One other concern among healthcare professionals is that people who take diet supplements often take more than one ingredient at the same time, unknowingly increasing their risk of experiencing worrying side effects.

One reason for this is the perception that, if something is herbal, it is therefore harmless. ‘Some of the most effective poisons we have occur naturally,’ Coulson said. ‘The ecosystem has been trying to kill us for years.’

Both supplements are popular among some bodybuilders and gym goers, but there have been a number of studies that have warned of potential side effects, while some consumers have raised concerns about them on social media.

On one forum, one person claimed to have taken up to 300mg of yohimbine before a workout and said the side effects were so concerning they considered going to hospital. The person said they experienced excessive sweating and ‘sky high’ pulse and blood pressure.

One of the yohimbe products we purchased recommended a dose of two 300mg capsules per day. 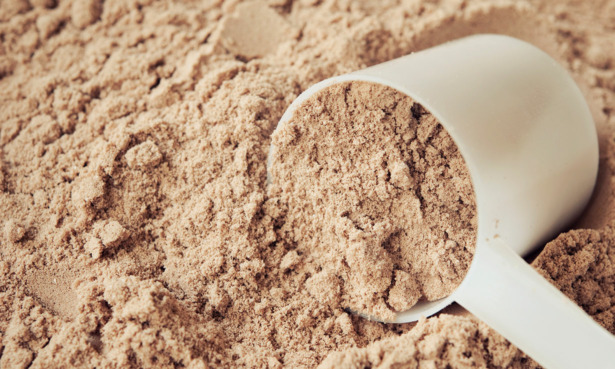 There have also been studies published in scientific journals that have warned of the potential of side effects for both yohimbine and synephrine, including a bodybuilder who had to be intubated in hospital after a significant overdose of Yohimbe, and links between synephrine and hypertension, cardiac arrhythmia and myocardial infarction in larger doses.

We submitted a Freedom of Information request to the MHRA’s Yellow Card scheme, which tracks reports from healthcare professionals and members of the public of adverse drug reactions.

Similarly, it said in its response, drug adverse reaction reports can be influenced by the ‘ease of recognition’ of the substance – meaning not every suspected adverse reaction is flagged via the scheme.

Regulation of slimming supplements is patchy and complex, Which? found. Responsibility is shared between three government departments – the Food Standards Agency (FSA), the MHRA and the Department of Health and Social Care (DHSC) – as well as local authorities.

None of the three regulators were initially able to provide clear guidance on why there are concerns about yohimbine and synephrine, and Which? understands there is relatively little proactive monitoring for these potentially unsafe ingredients being sold online. This could leave consumers open to potential harm.

An MHRA spokesperson said it was ‘highly likely that finished products containing either yohimbe or synephrine would satisfy the definition of a medicinal product and we have previously determined many such products to be medicines.’

The MHRA said it would ‘review’ the products we uncovered in our investigation. ‘Where we find products deemed as medicines and not holding an appropriate authorisation, we take action,’ the spokesperson added.

The FSA pointed us in the direction of the DHSC when contacted, and a DHSC spokesperson said in a statement: ‘Food supplements are tightly regulated and anyone selling prohibited substances as part of a food product faces prosecution.

‘The Medicine and Healthcare Regulatory Agency is looking into this issue.’

How the platforms responded

We flagged our findings to eBay, Wish.com and AliExpress. Each platform said they would remove the products from sale following our investigation.

eBay said that the items we flagged were ‘banned from eBay’s platform and have been removed.’

‘eBay sellers must comply with the law [and are]… prohibited from listing prescription drugs, in line with rules set by The Medicines and Healthcare Products Regulatory Agency (MHRA). In addition to our own prevention teams and technology, eBay works closely with the MHRA and other regulators across the globe who directly report and remove listings of concern.’ 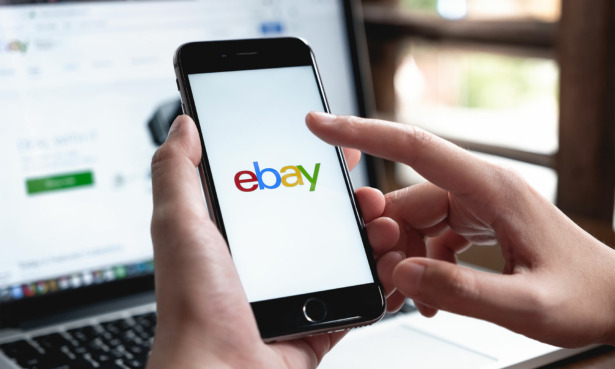 Wish.com said: ‘Per our Merchant Policies and Terms of Service, we generally restrict the sale of products that require a prescription or a medical professional’s supervision.

‘The sale of vitamins and supplements is limited to a finite number of pre-approved merchants within specific regions. Each of those merchants are required to provide relevant safety certifications and legitimate proof of authorization.

‘The listings highlighted by Which? are being removed from our platform, and we will continue to investigate ways in which we can actively prevent such products from re-listing.’

AliExpress said that the company took the safety of customers ‘very seriously’ and that it worked hard to ‘ensure a safe shopping environment.’

‘The items identified by Which? as part of its investigation have been removed from the AliExpress platform. Sellers who have these products listed will be penalised according to our policies.’

Which? calls for action against unsafe products

The consumer champion’s latest investigation once again raises serious concerns over the lack of checks and monitoring carried out by online marketplaces and highlights the need for them to have legal responsibility for unsafe products on their sites.

Currently responsibility sits with the third-party sellers on these sites but there does not appear to be adequate enforcement action taken to stop potentially unsafe supplements and medicines being sold to UK consumers. This could leave people worryingly exposed to products that can cause harm.

‘It is concerning that our investigation has revealed these slimming supplements containing potentially dangerous ingredients are readily available on online marketplaces. The limited regulation of these sites is not working – and that’s leaving people exposed to substances that can be harmful.

‘Online marketplaces must be given greater legal responsibility for the safety of products sold on their sites, so that shoppers are far better protected.

‘Regulators also need to be more proactive in policing potentially dangerous products that are offered for sale on these sites, which are becoming increasingly popular places to shop.’