A recent petition calling for Marks & Spencer to stop labelling its farmed salmon as ‘responsibly sourced’ has gathered more than 115,00 signatures on online campaigning platform, 38 Degrees.

But M&S certainly isn’t the only retailer labelling its salmon this way – all the UK supermarkets state their farmed salmon is either ‘responsibly sourced’ or ‘responsibly farmed’. So why the controversy over this labelling?

Some 57% of Which? members we surveyed in May this year* regularly bought salmon, making it the most popular fish you purchase. That’s not surprising – as well as being tasty, salmon is high in protein and omega-3, which is an essential nutrient for our health.

But salmon farming, along with some other types of fish farming, has environmental impacts that might come as a surprise.

What are the issues with farmed salmon? 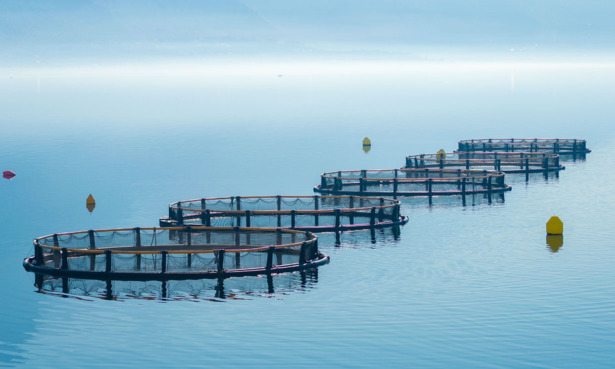 A lot of the farmed salmon you’ll find in UK supermarkets comes from Scotland, which has more than 213 salmon farms. The majority of these are owned by a handful of international companies. The Scottish salmon industry has plans to double its value by 2030 (from a level set in 2016). NGOs are concerned about the environmental burden this will have.

The use of the term ‘responsibly’ sourced or farmed is the result of a voluntary code created by the Sustainable Seafood Coalition of which the majority of supermarkets are members. Farmed seafood can’t be labelled ‘sustainable’.

So what are the facts?

Salmon are carnivorous. They need a certain proportion of fish in their diet to ensure they contain the levels of omega-3 that consumers expect. A proportion of this usually comes from fish caught in the wild – often in South America and West Africa.

According to a 2017 research paper referenced by campaigning organisations Changing Markets and Feedback, 90% of the seafood that’s caught and turned into feed pellets could be eaten by people instead. Feedback also estimates that UK farmed salmon consume roughly the same amount of wild-caught fish as is purchased by the entire UK human population.

The Scottish Salmon Producers Organisation (SSPO) counters that salmon feed has become more efficient in recent years, and the amount of wild fish used has been reduced and replaced by other ingredients. Indeed, some other forms of aquaculture are much more inefficient.

Sea lice are a perennial problem with farmed salmon. They’re parasites that live and feed on the salmon, and can cause physical injury, stress and even death.

Their numbers are increasing as salmon farming increases – an issue that will only get worse as the climate changes. Sea lice can spread from farmed to wild salmonid populations, including sea trout.

To try to combat this pest, farms have a few options. They can treat their salmon with chemicals that can be damaging to local eco-systems, use technological solutions to remove the lice, such as warm-water baths, or they can add ‘cleaner fish’ into the salmon population that feed on the lice. These are usually two types of fish: wrasse and lumpsucker.

Campaigners are concerned about the lack of welfare afforded to these fish, as well as the environmental impacts of wild fishing for large quantities of wrasse. A proportion of wrasse and all lumpsuckers used are already farmed in Scotland, so they don’t need to be caught in the wild.

It’s worth noting that all Scottish salmon is RSPCA Assured, which ensures certain welfare standards and humane slaughter.

Waste from salmon farms – faeces and uneaten food – sinks to the seabed below.

This can have damaging impacts on water quality, oxygen levels and local biodiversity.

Added to this are the chemical treatments and medications used to keep salmon populations healthy, although the SSPO has significantly cut medicine and antibiotic use in recent years.

The salmon industry is investing heavily in technological innovations to reduce its environmental impacts. But NGOs and campaigners, including the Marine Conservation Society (MCS), have called for a halt in the salmon industry’s expansion plans until solutions can be found.

Are there sustainable salmon options?

The MCS’s Good Fish Guide website, which is also available as an app, allows users to search through the most sustainable options to buy for particular fish species. Better farmed options include organic salmon (several certifications exist, but the Soil Association is perhaps the most widely known) and salmon carrying the Aquaculture Stewardship Council (ASC) logo, although there are currently only a small number of ASC-certified salmon farms.

Organic certification requires that salmon are given feed made from fish trimmings from human consumption fisheries as a first priority. Wild-caught fish can only be used when it is justified and necessary for fish health. In practice, this means little wild-caught fish is used in organic salmon’s diets. Additionally, organic farming practices help to mitigate against some of the other environmental impacts. 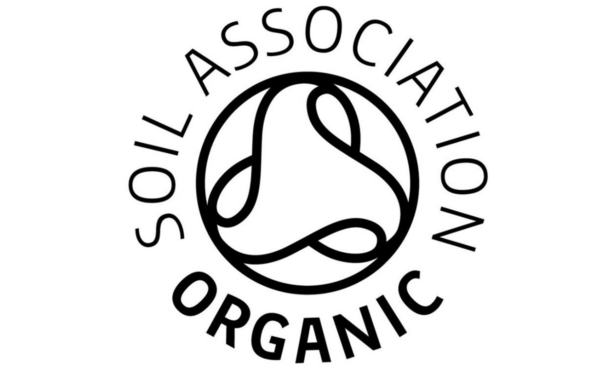 ASC certification ensures higher environmental and social standards are adhered to and guarantees that the feed ingredients will be responsibly sourced, although doesn’t prioritise waste trimmings over wild forage fish as a feed ingredient.

Wild salmon can be a good alternative, but make sure it’s Pacific salmon. Wild Atlantic salmon is a Good Fish Guide ‘fish to avoid’. 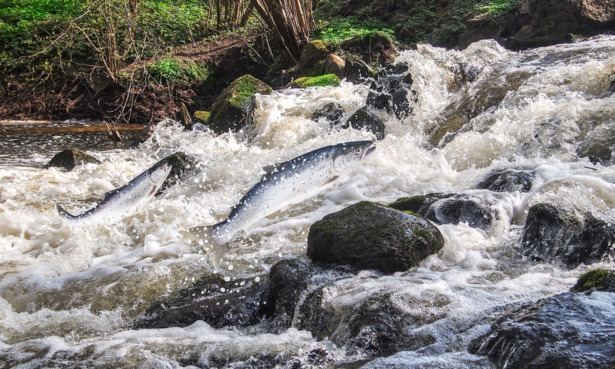 Or, you could try an alternative If you’re after omega-3 rich seafood, but are willing to try something different, there are plenty of options that come from more sustainable wild stocks. Salmon get their omega-3 from other fish, so you can cut out the middle man by adding small oily fish such as anchovies, herring and sardines to your diet.

To find out more about alternatives to salmon, visit our guide on how to buy sustainable fish, or watch our video below.