The Electric Vehicle Homecharge Scheme (EVHS) grant will not be open to many homeowners in the UK from April 2022.

The change means those who live in single-unit properties (such as bungalows and detached, semi-detached or terraced housing) will no longer benefit from having up to 75% (to a maximum of £350) removed from the price of having a domestic charge point (wall charging unit) installed.

However, the scheme will remain open to homeowners who live in flats and those in rental accommodation (flats and single-use properties).

The government’s ‘Transitioning to zero emission cars and vans: 2035 delivery plan’, said it would ‘shift the support of the EVHS to focus on leaseholders, renters and those living in flats from April 2022’. The same plan also said the government was committed ‘to fund EVHS until at least 2024/25’.

Residents in Scotland can currently benefit from an additional £250-£350 of charge point funding on top of the EVHS grant, provided by the Energy Saving Trust.

If the decision is made to remove access to funds, it will mean Scottish residents will have to pay up to an additional £600 to £700 to buy and install their wall charging unit.

“We are currently consulting on policy options for the installation of electric vehicle charge point sockets in a number of different building types. This includes setting a national minimum requirement for 7kw charge points for every new home with access to a parking space.

“We aim to publish a consultation response early next year and go to Parliament with the subsequent draft legislation later in 2022.”

Looking to make the switch to electric? Read our reviews to discover the best electric cars for 2021 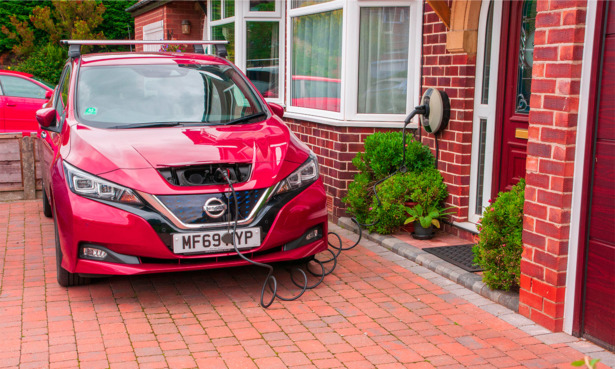 Impact of removing the EVHS

Being able to charge at home is the most convenient and cost-efficient way to charge an electric car. A recent Which? survey* found that 96% of electric car and plug-in hybrid owners currently have the ability to charge from home.

Our figures show that to cover 9,000 miles (the average pre-covid mileage from our annual car survey), it would cost you between £500 and £830 a year if charging at home depending on the size of the car and how energy efficient it is. That’s based on paying 21p per kWh.

By removing this grant from homeowners, the government has added a substantial amount to the annual running costs of an electric car.

Charging using public infrastructure can be a lot more costly (although some charge points are free). The fastest charge points can be so expensive that it becomes more costly than filling a petrol or diesel car.

See our guide on how much it costs to charge an electric car for more information.

Do I really need a wall charging unit?

If you have an electric car, having a wall charger/wall charging unit at home will significantly speed up the electric car charging process.

In a recent Which? survey*, one in five (21%) current electric car and plug-in hybrid owners we spoke to said they charge using a three-pin plug at home, while 72% use a wall charger. 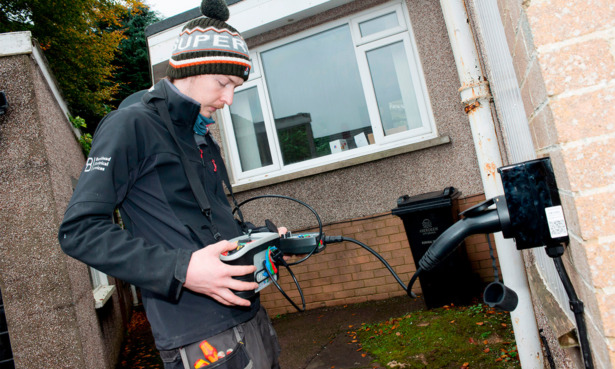 What should I do if I’m affected?

The EVHS will be removed for single-unit homeowners as of April 2022. If you fall into this group and you have recently purchased an electric car or plan to soon, you can still benefit from the grant, but you’ll need to have the wall charge unit installed by 31 March 2022.

Those wanting a wall charging unit installed before April 2022 can expect to pay between £450 and £1,200 (that’s with the existing grant applied).

The difference in cost is largely down to the amount of power the charger can supply. The most affordable are 3.6kW chargers, while 22kW chargers are the most expensive and in excess to most people’s need or energy supply. Some units come with the option of a longer cable, which also adds cost.

For most, we recommend 7kW chargers – these cost around £500 to £700 to buy and install with the EVHS grant applied.

To get the EVHS grant, the wall charging unit has to be installed by a supplier approved by the Office for Zero Emission Vehicles (OZEV). They will be able to claim for the grant on your behalf.

There are several other conditions that need to be met to qualify for the grant. See our guide to how to charge an electric car at home for more information.

UPDATED: This story was updated at 15:49 on 24/11/21 to include the response from the Scottish Government.