Unscrupulous companies are continuing to rip travellers off by charging as much as $99 (£72) to help them apply for free travel documents.

Which? has previously found examples of online firms attempting to convince consumers to pay for services they don’t need. This time, instead of leaving travellers to use official government websites for their holiday paperwork, companies are offering to ‘help’ people fill out passenger locator forms (PLFs) on their behalf for a fee. These are free of charge (for the six countries we checked) if you fill them out through the relevant government website.

Because of the coronavirus pandemic, most destinations, including the UK, ask travellers to fill in a PLF (or equivalent) when entering the country. It allows governments to check that you’re quarantining (if required), and to inform you if you have been exposed to someone who has tested positive for coronavirus.

PLFs are therefore essential for travel, but people may not realise that they can get them for free elsewhere.

To check how many sites are offering this service, we performed separate PLF searches for the UK, Spain, Portugal, Greece, Italy and Turkey. In total across all searches, just on the first two pages of Google results, 19 non-governmental results were returned, which included 12 different URLs, offering to apply for PLFs for a fee.

Google allowed two of these to appear higher than the actual government website link. Some were presented to consumers as an advertisement in Google’s search results – so they appeared to be trusted sites. Country flags were incorporated into other site’s landing pages, which made them look more like some of the official ones. 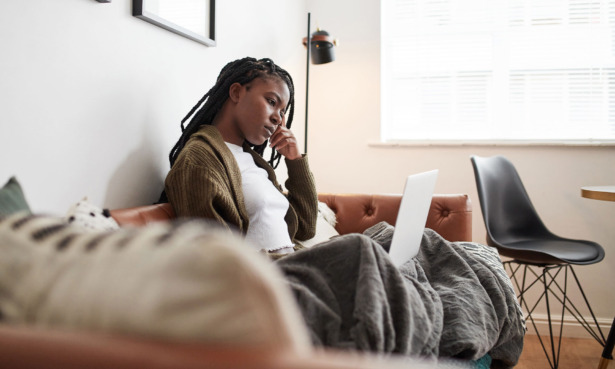 Once on this website, it led you through to a variety of different sites to fill out the form – depending on which country’s entrance form you were applying for. One of these sites – immigration-turkey-evisa.com – offering a Turkish entry document, shows the wording ‘Public health passenger locator form plf official’ at the top of the page. The word ‘official’ could mislead and be deemed illegal under the The Consumer Protection from Unfair Trading Regulations 2018 (CPRs).

Immigration-turkey-evisa.com did not respond when we contacted it for comment.

This site later leads you through to evisa.express/en/ to complete the form. This landing page also did not clearly explain that you can get the Turkish entry form free. In fact, it said when applying you need to ‘cover the Turkey entry form fees’ which implied you were paying for the form, not the service provided by the site. This had the potential to be misleading under the CPRs and could have been considered unlawful.

After we got in touch with evisa.express.en it told us: ‘We have looked into your arguments and reviewed our content on the Turkish PLF page and we admit that we should rephrase it.
‘The information you mentioned should have been added earlier so as not to confuse our clients.’
Since we contacted them, it has updated its website to make it clearer that you can get the passenger locator form for free on the government website.

Some websites claim that they are faster at processing an application than going through official government channels. Others said that doing it through their site was less ‘hassle’ or the ‘likelihood of a positive outcome was higher’.

One website, ivisa.com appeared four times when we performed searches for various countries. It claims to expedite the PLF document – returning it in either 24 hours, four hours or one hour – and the quicker the turnaround the pricier the service. However, we asked members of the Which? Travel Facebook group how quickly their official forms were returned to them and the majority told us it was emailed over within minutes. This claim of expediting the PLF therefore is extremely likely to mislead and could be found to be illegal if challenged in court.

We asked ivisa.com why it claims this and it did not address this specific claim. It told us that it clearly differentiates between government fees and iVisa service fees. It added that because it chooses not to advertise with Google it believes that clients are fully aware when visiting its site that there is a choice.

When using Google’s search engine to find if there were websites charging consumers for passenger locator forms, we found five that were paying Google to advertise their services.

Ukhealthform.uk for example, appeared above the UK government’s website as an ad, making it appear more official. This site is not breaking the law though, as it clearly states it charges a fee for ‘additional benefits’ and that it’s not affiliated with the government at the top of the page.

Featuring this site however goes against Google’s own policy which stipulates that it will not ‘allow ads for documents and/or services that can be obtained directly from a government or a delegated provider.’ This policy applies to ‘offers of assistance to obtain these products or services.’

After flagging the ads, including ukhealthform.uk, travelocatorform.com, travel-uk-entry.com, travelregistrationgreeceonline.net and greecetravel-assist.com to Google, it told us it had removed them. When we later checked, one had reappeared as an ad, but we also found similar brand new website ads.

This is not the first time Which? has flagged website ads for sites claiming to help consumers fill out forms they can get for free elsewhere. Earlier this year we informed Google it was allowing ads to appear which were charging people for the Global Health Insurance Card and it removed them.

Although it has acted quickly on both occasions, it shouldn’t be down to Which? to keep a close eye on the ads Google permits. It told Which?: ‘We have strict policies that govern the types of ads and advertisers we allow on our platforms.

‘We only allow Governments or their delegated providers to advertise for official documents or services.

‘When ads breach our policies we take action to remove them.

‘Last year, our team blocked or removed over 3.1 billion ads for violating our policies, of which over 99 million ads in our restricted business verticals such as government documents and official services.’
Although Google removed the adverts we found, there’s nothing to stop these kinds of websites appearing on Google without advertising.

Randox improves terms and conditions on refunds, cancellations and liability – after Which? Travel investigation