How we assess boilers

Here you can find out more about how Which? assesses boiler brands to reveal the best boilers that we recommend.

Everyone wants to buy a new boiler that will give them years of reliable service and that they'd be happy to recommend to a friend. But what's also reassuring is knowing whether the boiler has the respect of the experts who work with heating systems every single day.

Only boilers that have a good reliability record, are loved by their owners and are highly regarded by Which? Trusted Trader-endorsed heating engineers are given our Best Buy recommendation.

Below we explain in detail how we rate and review boilers.

If you just want to find out which models are best, head straight to our Best boilers.

How does Which? rate and review boiler brands?

To help you choose a boiler, we get the lowdown on popular boiler brands by asking thousands of boiler owners – in a general public survey - about their experiences. We run this independent customer survey every year.

Our most recent survey of boiler brands was carried out in May and June 2019. We surveyed 8,458 members of the general public, all of whom had installed a new gas or oil boiler within the previous six and a half years. We analysed their responses to give each of the main boiler brands an overall customer score and a brand reliability score.

We asked 8,458 members of the general public about their brand of gas or oil condensing boiler, and to tell us the faults they'd experienced and whether they had ever had a repair.

The Which? reliability score is based on the proportion of boilers that have had repairs, adjusted by age to ensure that all brands are compared on an equal basis. We need at least 50 responses per brand to calculate a reliability score.

Our results cover all of the major gas boiler brands. Only those with less than 1% market share are too small to be included.

We also asked boiler owners to assess how satisfied they were, and how likely they would be to recommend their brand of gas or oil boiler (regardless of their experience of getting the boiler installed). These two questions form the basis of the Which? customer score, which is included in our boiler reviews.

This year we collected the views of 171 Which? Trusted Trader heating engineers (June 19) about the boilers brands that are available in the UK.

Which? Trusted Trader heating engineers have all been through a rigorous vetting procedure to prove their expertise and the quality of their work before they qualify for Trusted Trader status.

We ask these heating engineers whether they would recommend each brand of boiler, what the build quality is like, how easy it is to fix a common fault (replacing a domestic hot water heat exchanger) and how easy it is to get hold of parts and spares.

This enables us to give you a unique insight into the reputation of each boiler brand amongst heating engineers, and to find out whether you're likely to get hit with a higher repair bill.

Why doesn't Which? test boilers?

We no longer test individual boilers for the following reasons:

But there's a limit to how efficient a gas or oil boiler can be, giving most people little choice between the most and least efficient boiler. Efficiencies typically range from 88.3% to 92% across all gas combination boilers. This range is so narrow that you wouldn't expect to see a difference in your gas or oil consumption if you were to choose the most over the least efficient boiler.

Our previous tests of boilers showed that the efficiency claims made by manufacturers, which are tested by an independent lab according to a strict standard protocol, are generally accurate (within the limits of the testing method).

Feedback from Which? members shows that what you really want to know is whether a boiler is reliable and which brands to consider.

A boiler is an unusual product; unlike other home appliances, its performance is not entirely dictated by the product itself - it's heavily influenced by the heating system that you connect it to. So if the system is poorly designed or has inadequate controls, the boiler will not work effectively.

Every home should be individually assessed for its heat and hot water requirements. The type of performance tests that we could conduct in a lab would not give us the answer to the main question that you want answered: 'Which is the best boiler for my home?'.

However, all of our boiler reviews contain the full specification, any customer views and our own expert analysis to help you find the best boiler for your home. 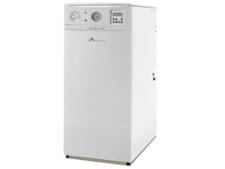 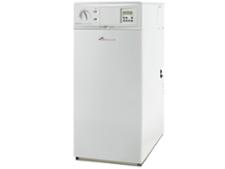 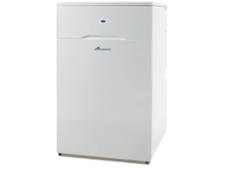