How to buy the best dehumidifier

If you’re noticing water stains on your walls or ceiling, condensation on your windows, mould spores lurking in your shower or a general musty smell, it's time to buy a dehumidifier.

Read on to find out what your options are, including whether you need a refrigerant (compressor) or desiccant dehumidifier, plus features to look for. We'll also help you avoid overspending or ending up with a dehumidifier that's not suited to your needs.

Take a look at our best dehumidifiers to discover the models that Which? recommends.

Video: how to buy the best dehumidifier

Watch our video to help you decide which type of dehumidifier is right for you.

Read below for more information on how to choose the best dehumidifier for you, as well as how much you should spend. Know what you want already? Head to our dehumidifier reviews.

There are two main types of domestic dehumidifier – refrigerant and desiccant. As we explain below, they use different technology. Each type has its advantages.

These work by creating a cold surface. When warm, damp air comes into contact with the cold surface, condensation forms and drips into the water tank. Refrigerant dehumidifiers are the most common type in the UK. They're generally only effective in a heated room in the house because, if the temperature drops too low, the coils inside them can freeze over. However, we've found some that work well in lower temperatures, too.

How much do dehumidifiers cost?

Dehumidifiers can cost anything from around £40 to £450. The amount you spend largely depends on the dehumidifier’s capacity and any extra features it comes with.

The larger the capacity, the more expensive the dehumidifier – plus you'll pay more for extra features

If you’re already spending plenty on heating, having to fork out for a dehumidifier can feel like a kick in the teeth. So can you get away with a cheap one? There are a few factors to consider.

The cheapest dehumidifiers usually have a smaller capacity. Dehumidifiers that cost less than £130 tend to have a capacity of 10 litres or less.

Cheaper dehumidifiers also tend to have fewer features than more expensive ones. A cheap dehumidifier is less likely to have wheels or a laundry setting. Most dehumidifiers have a built-in humidistat or auto setting regardless of price, however. And most have a digital or analogue display, although a handful just have an on/off switch.

Cheap dehumidifiers aren't necessarily less reliable than more expensive ones. We asked more than 500 dehumidifier owners to tell us how long their machines had lasted, and what had gone wrong if they broke down. As a general rule, dehumidifiers were rated highly for their reliability, meaning they’re unlikely to develop faults. The dehumidifier brand that was rated least reliable still had 72% of products staying fault-free after six years – which is better than many other home appliances.

You'll need to spend at least £130 to get a reasonable dehumidifier: those we've tested below that price haven't proven very effective. Beyond that, though, there isn't any correlation between price and performance. One dehumidifier we tested, for example, costs £250 but scores only 50%, while another cost £145 and is good enough to be a Best Buy.

How much do dehumidifiers cost to run?

The good news is, you probably don't need to worry too much about a dehumidifier adding enormously to your energy bills. A 250W dehumidifier, running for four hours at a time, twice a week, should cost around £19.50 a year to run. That said, some are much slower at extracting water from the air than others. This means you’ll have to use them for longer, which will increase the amount of energy you use.

What size or capacity dehumidifier?

A dehumidifier's size or capacity describes how many litres of water it's able to extract from the air each day, rather than its physical size or the capacity of its water tank (although dehumidifiers with a larger extraction rate are often larger and contain larger tanks).

The best-sized dehumidifier for your needs depends on the size of the space you want to use it in. As a general rule, if you're looking for a dehumidifier to dry out your whole home, you'll need a model with a larger capacity. You can use the following table to to get an idea of what capacity dehumidifier you need.

These figures are just here to get you started, though. Bear in mind that two dehumidifiers with the same capacity claims could vary enormously in performance, so the only way to be sure is to check our reviews.

You should also bear in mind that manufacturer claims about capacity (water extraction rate) are often based on conditions you're unlikely to experience in your home. For refrigerant dehumidifiers, manufacturers frequently base their claims on 30ºC and 80% relative humidity – conditions which better represent a tropical rainforest than a typical British home. That's because the higher the temperature and the higher the humidity level, the more effectively a refrigerant dehumidifier will work. So, if a dehumidifier has a capacity of 18 litres, this doesn't mean you can expect it to extract 18 litres of water a day from your home.

We test all dehumidifiers in more realistic conditions to help you pick the right one. We measure how much water each dehumidifier pulls from the air at 21ºC and 10ºC, both with 59% relative humidity

If you've got a tiny home, you won't want a great, hulking dehumidifier taking up precious square footage.

What features do dehumidifiers have?

Here are some of the features to consider when shopping for a dehumidifier:

We’ve tested a range of dehumidifiers from different brands, including Ebac, Meaco and DeLonghi, to uncover the best dehumidifiers that are worthy of our Best Buy dehumidifier recommendation.

This versatile dehumidifier works as well in warm as in cold rooms. It's compact and easily portable, too.

This dehumidifier is energy-efficient, easy to use and - most importantly - great at extracting water.

This dehumidifier has been on the market a while, but it's still one of the best. It's nice and quiet, too.

The Inventor EVA II Pro Wi-Fi dehumidifier has plenty of features, including an ioniser mode to refresh stuffy rooms and remove odours. It's wi-fi compatible and can be controlled from your smartphone, but with so many features is it still easy to use? Our review explains how well this dehumidifier did in our stringent lab tests.

It’s really easy to use the controls on the Ecoair DD3 Classic to select a mode, but does it quickly gather water or will it leave you waiting for the tank to fill? We test dehumidifiers on the essentials to help you choose the best model for you. Read on to find out whether this could be it.

Click on the links below to find out how models from different brands fare:

How to buy the best air purifier

How to buy the best air purifier 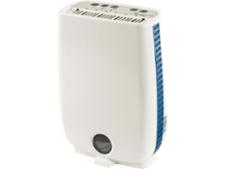 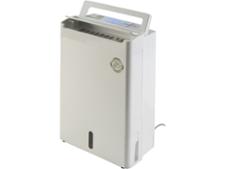 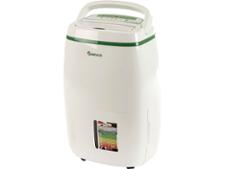