How to charge an electric car

All you need to know about charging an electric car, including how much it will cost you to charge and how you can reduce this cost
Adrian Porter
In this article

Low running costs, zero tailpipe emissions, nippy, silent and satisfying to drive. These are some of the many benefits of swapping your petrol or diesel vehicle for an electric car.

But what will cause some people to hesitate is the faff around charging an electric car, and how long it can take.

If you are able to charge at home, you'll not only get the lowest running costs, but it should all be very convenient. Out on the open road, it's a bit more complicated.

While the electric car charging infrastructure is growing quickly, the UK charging structure is divided into many major and local networks, with a variety of different adaptors providing different rates of power. You’d be forgiven for thinking it’s all a confusing hassle.

Happily, it’s not as complicated as it sounds. To help make it all simple, we’ll explain charging at home, the decisions an electric car owner needs to make, and tell you what you need to know about public charging networks.

How much does it cost to run an electric car?

Just like their combustion counterparts, the cost of running an electric car varies by how efficiently it uses its power - this is greatly influenced by the size and weight of car.

Based on our exclusive tests, and for those lucky enough to be able to charge at home, here's how much you're likely to pay to cover 9,000 miles (the average mileage people tell us they do per year).

Just like their fossil fuel equivalents, those with large SUVs will pay the highest running costs. Our current running cost figures for these large and heavy cars are between £560 and £700.

All our running costs can be found in the tech specs tab of all our electric car reviews.

than an equivalent petrol car over 9,000 miles.

Nobody tests cars as thoroughly as we do. Don't buy a new car until you've read our expert Which? new and used car reviews.

Charging at home: can I plug my electric car into a regular socket?

Yes, you can - but you won't want to. Use a regular three-pin wall socket and you're looking at very, very long charging times - in excess of 25 hours, depending on the car.

Unlike the picture above, what you're going to need to make charging at home easy and convenient is dedicated parking (such as a driveway) with a power supply, and a wall charging unit.

Get a wallbox charger

To get the best wall charging unit for you, you’ll need to make a number of decisions:

Are all electric car chargers the same?

These are two different kinds of connectors for charging an electric car at home (there are more for public charging). And several different speed (power) options.

Starting with the connector, your electric car will be able to take either a Type 1 or Type 2 connector. The difference is the shape of the plug, it does not affect the rate at which it can charge your car.

In recent years, cars with a type 2 charging socket are much more common. Make sure you know which type of connector your car is compatible with before ordering your wallbox.

Don't settle for second best. Make sure your next car is in our expert round-up of the best cars.

What wattage wall charger should I buy?

This is perhaps the most crucial bit. There is no single power option. Your typical choice is up to 7.4kW for a typical UK home.

To save money on the charger, you could choose a lower power rate (such as 3.6kW). Though it will take longer to charge your car.

It is possible to have an even faster charger, up to 22kW. If your car is capable of receiving a charge like this (and many are not), it will cut down charging rates again.

The only problem is that speedier charging rates require a three-phase connection, which you may not have in your home.

Can you speed up charging?

The good news is that the majority of the UK is served by a three-phase network.

The bad news is that most UK dwellings are attached to only one of those three live wires. So in fact, most homes have a single-phase connection, despite it being a three-phase network.

Most homes have a single-phase connection, despite it being a three-phase network

How to check if you have a three-phase connection

According to UK Power Networks (the organisation that maintains our electricity networks), the way to check your own connection is to look at your fuse box.

If you want a higher rate of power, find out if it’s possible to upgrade by speaking to your energy supplier.

Do I need a smart charger?

Smart chargers are charge points that can be accessed remotely. This will usually work via an app on your smartphone, allowing you to choose when your car charges, and to easily see how much energy you've used.

This could be particularly useful if you have a time-of-use tariff, such as Economy 7, when the cost of electricity is cheaper during the night. So you could set your charger to charge your electric car during those cheaper hours.

However, this is offset by smart chargers being more expensive than regular chargers.

Since July 2019, the wallbox grant (explained below) will only apply if the wallbox you are buying has smart functionality.

Save up to £350 with the wallbox grant

Through the Electric Vehicle Homecharge Scheme, the UK government currently offers a grant toward buying and installing a wallbox. The grant covers 75% of the cost, capped to a maximum of £350.

This grant is separate to the Plug-in Car Grant (PICG), which reduces the cost of buying an electric car.

You also have to meet these conditions:

Vehicle to grid technology is an advanced form of power management, and it's a potentially crucial part of the electric car future.

Energy supplier Ovo Energy is currently running a vehicle-to-grid trial. If you're registered to the trial, you get to choose a charging schedule via an app on your phone. This sets the minimum state of charge you need your car to be and for what time.

For example, you’ve come home at 6pm in the evening, plugged your car in and specified that you want your car to be at least 80% full by 7am the following morning.

Overnight, your car will be charged when demand on the network is low, and when it’s more likely that energy from renewable sources is feeding the grid.

But when demand on the grid is high, the charger can take power from your car, power your home and sell any excess energy back to the grid, helping to manage the UK power network and earning you money. Your app will tell you how much money you’ve made by doing this.

The trial will run for two years. Ovo Energy estimates people could save up to £305 on energy bills. According to our own calculations, this will cover the majority of running costs for an electric car.

In the future, we expect to see more vehicle-to grid-chargers and schemes. Especially following the closure in April 2019 of the government’s feed-in-tariff - this paid you for generating your own renewable electricity.

Charging out on the open road may be the source of some people’s ‘range-anxiety’ – which means fear of running out of juice. But ironically, it's public rapid and ultra rapid chargers that offer the fastest way to top up your batteries. Some cars can reach 80% charged in 40 minutes or less.

On top of charging points appearing in regular petrol/diesel forecourts, carparks and along the roadside, the first electric-car only forecourt opened in December 2020 by Gridserve.

The Gridserve Electric Forecourt in Braintree, Essex, is the first of 100 electric car only forecourts from the company due to open in the UK between 2020 and 2025.

These charging points can be divided into three main categories: Slow, fast and rapid chargers.

There are several different types of connectors. Your car will be designed to work with 2-3 of these directly, but not all. Adaptors are also available.

Three-pin plug: Not just found at home, there are three-pin chargers out there in the wild. These offer slow charging speeds (3kW). If you’re running low, it’s worth avoiding these in lieu of faster charging options wherever possible.

Commando: You’re probably familiar with these types of plug if you’re a boater or tow a caravan. Commando plugs can supply power between 3-22kW.

According to Zap-Map (who provide a free and great interactive map of chargers around the UK ), there are over 20,000 public charging devices in the UK, almost 4,000 of which are rapid or ultra rapid chargers.

If your car is capable of being charged via a rapid charger (different from ultra rapid charging, see below), you can charge your electric car from near empty to around 80% full in 30-40 minutes, or up to an hour in some cases. It is much quicker than charging at home.

CHAdeMO: Just like the CCS, it supplies 50kW of DC power straight to your car.

The fastest on the market can currently supply up to 350kW. It's worth noting that most electric cars available are not able to receive a charge at anywhere near this rate, but future cars should be able to take more advantage of super fast charging.

It’s not just the variation in speeds and connector types that make charging your car complicated. More of an issue is the large number of networks that cover the UK.

Pod Point, Ubertricity and BP Pulse are among the biggest, but there are more than 35 networks across the UK. Some operate pay-as-you-go services at some of their connectors, but before you can use the charger you’re typically going to need to download an app to connect to it, or order an applicable RFID card or key fob which you can also use to connect to your account with that network.

The government set out that all newly-installed rapid and higher-powered charge points must provide pay-as-you-go services from spring 2020, but rapid charge points currently account for around only 20% of the UK's network.

With so many networks operating across the UK alone, if you’re travelling long distances you’re going to need an array of apps, potentially an RFID card or fob for your chosen/most convenient network, and get in the habit of planning ahead to see what charging points are on your journey and you need to sign up to.

If an electric car isn't right for you just yet, take a look at our expert pick of the best hybrid cars. 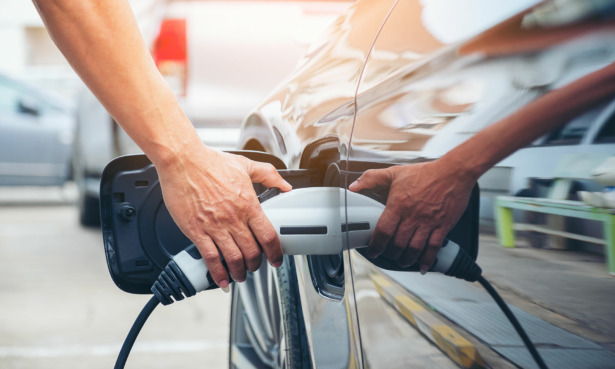 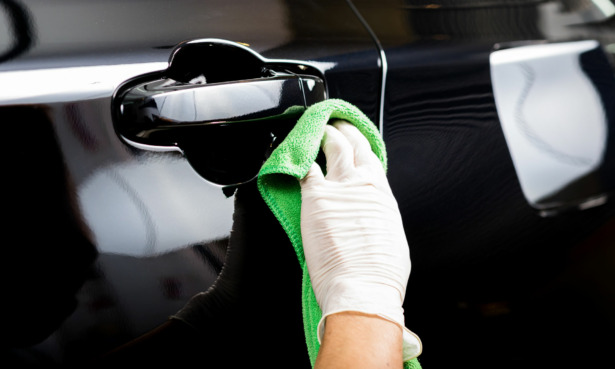 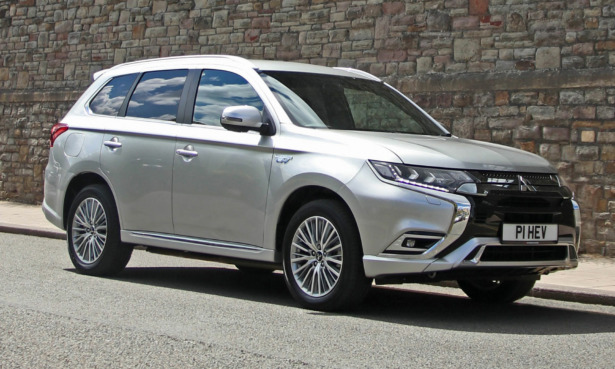 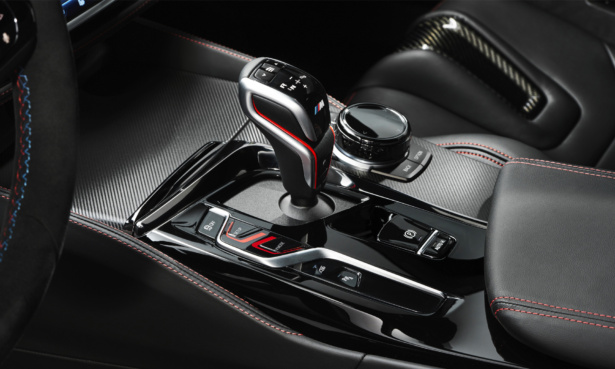