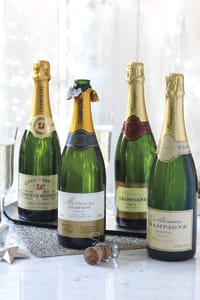 You don’t have to pay top prices for your Christmas fizz and mince pies according to the latest Which? taste tests.

All four of the champagnes awarded the Which? Best Buy cost under £20 and were ranked above well known labels Lanson, Moët & Chandon and Veuve Clicquot.

Waitrose had a hat-trick of Best Buys with its champagne, sparkling wine and mince pies all impressing the tasting panels.

Morrisons’ The Best Brut Champagne (£19.99) came top in the blind tasting with a score of 84% and is the only champagne brand to win a Best Buy two years running.

Even the lowest scorer of the 11 champagnes on test, Aldi’s Veuve Monsigny Premier Cru (£15.99) scored a respectable 70%.

But if you want a good bottle of fizz for less than a tenner Best Buy Waitrose Cava (£8.99) topped the tasting of sparkling wines, also assessed by the Which? expert panel. 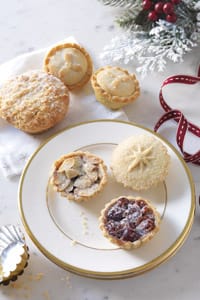 Waitrose topped the Which? traditional luxury mince pie tasting too. Their All Butter Mince Pies (£2.49) shared the honours and a 68% score with Tesco Finest Deep Filled Mince Pies with Courvoisier (£2.50)

These supermarket Best Buys outranked pricier pies from Harrods and Fortnum & Mason that would set you back more than three times as much per pack.

Other pies making up the twelve on test came from the other major supermarkets and leading brand Mr Kipling.

Which? also tasted some of the variations on traditional mince pies.  This time Harrods came a close second with their Almond Topped Mince Pies scoring 73%, but costing £8.95 for six large pies.

Marks & Spencer were narrowly ahead though, scoring 74% for The Collection 12 Topped Mini Mince Pies (£4.99) which includes pies with a traditional style, flaked almond or cranberry flavoured filling.

Lidl’s Deluxe Luxury Mince Pies were the lowest scorers in our traditional mince pie tasting but their Deluxe Mini Mince Pies came third in our non-traditional test with 64% and were also the cheapest at £1.69.

The expert panel blind tasted 29 pies on the day. Twelve were traditional style luxury mince pies, 17 were the different pies in the 11 packs of non-traditional pies and one was a homemade pie supplied by Patrick Moore.