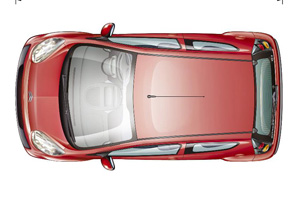 The most reliable new and used superminis rated by you

Want to find out the most reliable superminis, both new and second-hand?

An amazing 52,563 people told us how reliable their cars were in the 2011 Which? Car Survey. That means we can report on which cars are the most dependable using feedback from real owners.

Read on to find out the top five most reliable new and used superminis, according to the 2011 Which? Car Survey.

And you can play your part in telling us about your car in this year’s survey.

Fill in the 2012 Which? Car Survey and you’ll be in with a chance of winning £10,000. It takes no more than 15 minutes for each car, and is your opportunity to tell us about your last 12 months of motoring.

Citroën’s C1 may share a platform with the Toyota Aygo and Peugeot 107 but owners rate is as the most reliable of the trio – and the most reliable new small car. Models from 0-3 years old have an almost unblemished reliability record, although cars between 4-8 years old do appear to have more issues. It’s a real accomplishment for Citroën, which rates poorly overall as a brand.

Last year’s most reliable new supermini has dropped down a slot to second place. A new Picanto was launched in 2011, meaning you can’t buy this car in showrooms anymore. However, the first Picanto has set a precedent as an extremely reliable small car, both new and used.

As a brand, Toyota is recognised for building dependable cars. So it’s no surprise that the Japanese manufacturer’s smallest model features in this list. The iQ scores top marks for avoiding breakdowns and niggles. However, there have been instances of faults. Topping the list of the most common faults are steering issues.

The Mitsubishi Colt has proved itself to be reliable as a new or used choice, with 0-3 year-old cars rating well for lack of faults. However, this could be due to the frequent servicing intervals, with Colts requiring a new cam belt ever four years or 60,000 miles, a service every 12 months or 12,000 miles, and an oil change every six months or 6,000 miles.

The latest version of the Honda Jazz is holding its own as a reliable supermini. Full marks for being free of faults and niggles will comfort buyers, and, while not perfect, the Jazz is proving not too susceptible to breakdowns. Problems with the exterior and rain seals are the most common faults.

Daihatsu left the UK market in early 2011, but expect to see plenty of Sirions on the road for years to come if its reliability track record is anything to go by. Models sold between 2005 and 2007 are suffering from very few issues, with engine electrics the main culprit if there are any problems.

While the newest version of the Jazz features in our most reliable new superminis, its predecessor holds the fort well for used reliability. Earlier models up to 2007 are more reliable than the final production runs of 2008 according to owners, with non-engine electrics contributing to a quarter of all faults with this model.

It’s already been named in the most reliable new superminis list, and the Colt is a dependable used buy too. As we’ve said, servicing intervals are more frequent than for most modern cars, but it does seem to ensure that the car is reliable between visits to the garage.

The first-generation Toyota Yaris might have been 12 years old by the time owners rated it in the 2011 Which? Car Survey, but it’s a trusty workhorse – even more so than its successor. Petrol models are far more reliable than diesels, say owners, and non-engine electrical faults are responsible for one in four of all problems.

Slightly outclassed by the car it replaced, an 81% rating is still no mean feat for the second Yaris. Replaced at the end of 2011, this example follows the example of its predecessor, with petrol models being more reliable than diesels. In fact, survey results show that the earliest run of petrol versions in 2007 are almost bulletproof, getting full marks for avoiding breakdowns, niggles and faults.