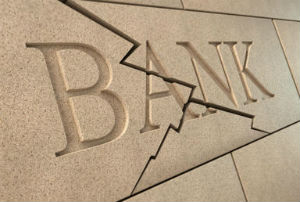 Which? is calling for the current account market to be subjected to a full competition inquiry from the Competition and Markets Authority (CMA).

The appeal comes after a Which? survey found that there are still barriers to switching with levels remaining woefully low.

In a statement addressing the CMA, Which? executive director Richard Lloyd called for a shake-up of the market to improve competition to the six major banking groups.

He said: ‘The Competition and Markets Authority should refer the current account market for a full competition inquiry.

‘Low switching levels and a high level of complaints show the unhealthy dominance of the biggest banks is set to continue and this market is not working in the best interests of consumers.’

Which? believes that a competitive current account market should have a high level of engaged consumers to drive competitive pressure. It should also present consumers with clear information that makes it easy to compare products and there should be no significant barriers to switching.

Yet, our survey of 4,873 current account customers suggests that this is not currently the case.

We found that only 2% of consumers have changed their current account since the Current Account Switching Service was installed on 16 September 2013.

Meanwhile, previous Which? research has indicated that 59% of these who switched weren’t confident they had picked the account that best suited them and more than a quarter (27%) found that it took more than seven working days to complete the switch.

The struggle to compare current accounts appears to extend to overdraft charges too. We asked people to work out the cost of using an unauthorised overdraft with the main banks and found it was virtually impossible for them to calculate – getting just 10 out of the 72 calculations right between them.

Which? believes that these low switching levels, alongside existing barriers to entry for competitors of the big six banks, mean there is little incentive for them to truly compete for customers on products and service.

The latest Mintel data (July 2013) showed that the big six banking groups hold around 94% of the current account market and while it’s good to see new banks entering the market, it’s still too early to say if they can seriously challenge the biggest players.

With the major six banks still having an unhealthy stranglehold on the market, we think the CMA should take a hard look at the personal current account market.

Richard Lloyd concluded: ‘Even if the number of people switching continues to grow at the same rate as the Payments Council suggests, we estimate only 4.2% of people will switch accounts this year. Unless we see an injection of much needed competition into the market the major high street banks will continue to have a stranglehold.’