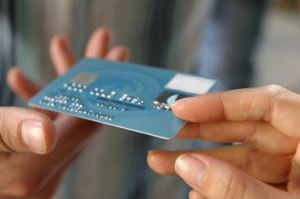 Credit card providers are offering increasingly competitive 0% deals on purchases and balance transfers. But how do they stack up when assessed on customer service?

When taking out a credit card, you want to be sure you’re getting a good deal. But customer service and brand reputation are also key considerations.

In fact, in our latest credit card customer satisfaction survey, 63% of people said that brand reputation is important to them.

That’s why our credit card comparison tables show our unique customer satisfaction ratings next to each product, which tell you how thousands of people rate the quality of the service you’ll get from card providers.

Here, we look at the products on offer from the companies with the highest customer satisfaction ratings.

Which? Comparison Table – Credit cards – compare the best deals on the market

With a customer satisfaction score of 79%, John Lewis occupies the top spot in our table by a significant margin. In fact, it has been top of the table in almost every Which? credit card customer satisfaction survey since 2010 and is one of only two providers (along with First Direct) to receive a five star rating for its customer service.

Despite having a high customer score, John Lewis fails to qualify as a Which? Recommended Provider because its card does not make the top 10 in our reward card table.

M&S achieved a customer satisfaction score of 69% in our most recent survey (April 2014).

Like John Lewis, M&S Bank offers a reward points-based card which pays one point per £1 spent in M&S and one point per £2 spent elsewhere. But it has a much more generous interest-free period on purchases – 15 months.

In third place, with a score of 68%, the Post Office not only has a high level of customer satisfaction, but offers one of the best credit cards for overseas spending. There is no foreign loading fee for transactions made abroad and no cash advance fee for travel money bought from the Post Office.

In addition, this card offers 18 months’ interest free on balance transfers, but has a fairly high transfer fee of 2.98%.

Halifax has recently launched a market-leading credit card which offers 20 months’ interest free on purchases. But its customer satisfaction levels are less impressive, having scored 57% in our latest survey, putting it in 22nd place out of 36 providers.

If you’re looking to minimise the cost of borrowing by using a 0% balance transfer deal, Barclaycard currently offers the longest interest-free period (33 months). But it received a customer score of just 53% in our latest survey, below the average of 58%.