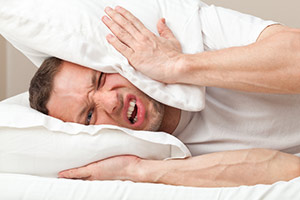 One in four people have had a problem with nuisance neighbours in the last year, a recent Which? survey has found.

Half were left feeling angry and half felt irritable, with 42% saying they felt stressed and one in ten admitted to feeling afraid.

The survey also found that 64% didn’t know where to go to seek help and advice.

Having trouble with your neighbours? Find out what your rights are when dealing with nuisance neighbours.

Young people at a loss when it comes to neighbour disputes

Our online survey of 2,062 UK adults found that a lack of knowledge on where to seek help and advice is most prevalent among young people.

We found that 33% of 18-24 year olds have experienced a problem in the last year compared to just a little over half this number of people aged 65+.

Loud voices and arguing tops the list of annoyances

Loud voices and arguing, loud music or television, and doors slamming top the list of annoyances. But incidents involving drug use and police being called to properties were also cited.

Repeat offending, the time of day and a lack of apology are factors that compound the frustrations felt by people when dealing with problematic neighbours.

When it comes to dealing with disputes, just under a third of people who experienced a problem said they had calmly spoken to their neighbours to try and resolve the issue.

Just under a quarter of people said they kept a record of what occurred and when, and 22% contacted their local authority or environmental health department.

However we also found that one in ten people resorted to getting their own back by creating annoyances for their neighbour, and 8% argued with a partner about it.

For a harmonious approach to neighbour disputes, find out about your rights.