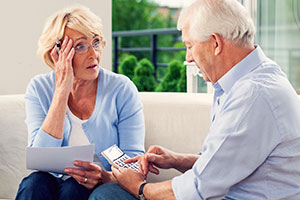 Nearly half of those over 50 aren’t confident they know the value of their pension, according to Which? research.

In January 2016, we surveyed hundreds of over-50s about their pensions and found that many may not know enough to be able to make an informed decision about their retirement.

Our pensions and retirement hub helps you weigh up all the options for turning your pension savings into an income, as well as offering expert advice on each step of the retirement process.

Which? calls for action on ‘pensions dashboard’

The Financial Conduct Authority (FCA) has previously announced it would be working with the government to develop a ‘pensions dashboard’ in order to address this confusion.

But so far there has been no public commitment from the government for the creation of a pensions dashboard, and no timeline for its implementation.

Which? wants the government to use the Budget to announce plans for the introduction of a pensions dashboard, so savers can see all their pension pots in one place, alongside their state pension forecast, with a clear timetable for its implementation.

Which? executive director, Richard Lloyd, said: ‘Deciding on a retirement income is one of the most complex decisions facing consumers, particularly when it’s so difficult to find how much money you have built up over your working life.

‘A pensions dashboard could go a long way to providing people with the information they need to engage with their pensions.’

Find out more: We Want Better Pensions – sign the petition to support our campaign

Consumers are worried about value of their pensions

Which? has been supportive of the reforms to give people more freedom and choice in how to access their pension savings. Decisions at retirement are some of the most complex financial choices a consumer can make.

Previous Which? research reveals that six in 10 (58%) consumers are worried about the value of their pension and less than one in three (27%) say they trust longer-term financial products such as pensions.