There’s little doubt that the Samsung Galaxy S8 is the most hyped mobile phone of 2017 so far. We’ve put it through our tough tests to find out whether it’s actually any good – and the results are in.

The S8 was unveiled to the world on 29 March 2017. A lot of expectant eyes were focused on the South Korean company to reveal something spectacular, especially after the debacle of the Galaxy Note 7 catching fire last year.

Many of the pre-launch rumours about the Samsung Galaxy S8 proved to be true, particularly regarding its design. But is there actually a decent mobile phone underneath the mountain of marketing babble?

Head to our full Samsung Galaxy S8 review to find out. Below, we give you a taste of what to expect, alongside our video coverage of the launch with our first impressions.

The S8 really is a stunner. The edge-to-edge display is almost entrancing and it’s a very well-made smartphone. The curved front and back give the phone a premium feel, and we found it a pleasure to hold and use.

The S8 sees the removal of the physical home button. It’s been replaced by a hidden pressure-sensitive area beneath the screen, which we found immediately intuitive to use.

It has a large 5.8-inch display. This is much bigger than the 5.1-inch screen found on 2016’s Samsung Galaxy S7 – although Samsung has tried to make this year’s phone just as easy to hold by adjusting the screen ratio to 18.5:9. That means it’s a little more than twice as long as it is wide, which gives your thumb a bit more mobility when you’re holding the phone with one hand.

How long does the battery last?

Most smartphones have batteries powerful enough to see you through the day without needing a recharge, and the S8 joins their ranks.

Our in-depth Samsung Galaxy S8 review reveals exactly how long it lasts when making calls and browsing the web from full battery to flat, and how this compares to rivals.

We also have a quick-charge test. We charge smartphones for 15 minutes from flat, then see how much life they give you for talk time and internet use – handy to know if you’re frequently caught short.

The S8’s battery is the same size as the S7’s (3000mAh). However, battery life depends on more than just battery size – processor efficiency can play a part, for example – so it’s not safe to assume they both offer the same amount of time.

Is the S8 one of the best camera smartphones? 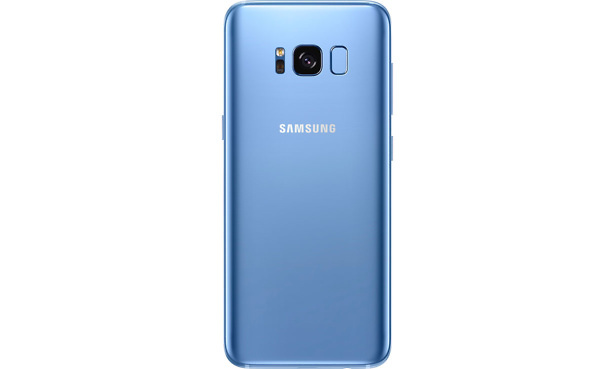 Like the S7, the S8 has been given a 12Mp rear camera. However, Samsung has added ‘multi-frame processing’ to this year’s model. This means that it takes several shots at once then combines them to give you the best possible single image.

We found it easy to take a photo with the S8. You can access the camera directly from the lock screen, which is useful if you want to quickly take a shot of something.

In the lab, we take a range of shots with each smartphone in normal and low-light conditions, of objects far away and close up. We also record videos to see how each smartphone deals with things like motion and colour reproduction.

How speedy is the S8?

The Samsung Galaxy S8 comes with the world’s first 10 nanometre processor, and the South Korean company promises incredibly fast use.

The S8 sped through everyday tasks like browsing through content-heavy pages and adding contacts, but so do many other phones.

It’s an expensive phone, so you’d hope it would be among the very speediest you can buy right now, and that it would make light work of running the latest graphic-intensive games.

To find out whether it is, you’ll need to read our fully tested Galaxy S8 review.