From 15 June anyone can use their bundled texts, minutes and mobile data anywhere in the EU for no extra charge.

The new ruling is an EU regulation, which is effectively a Europe-wide law. This means all UK providers, from the biggest to the smallest, must adhere to it.

According to the official EU press release, from 15 June ‘consumers will be able to use their mobile device when travelling in the EU, paying the same prices as at home, ie to “Roam like at Home”. Any voice call, SMS and data session made while travelling abroad in the EU will be deducted from the monthly package of minutes, SMS and data in the home country with no extra charges.’

Whether you have a contract with your provider or you have a pay-as-you-go Sim, there will be no extra charges to use everything included in your package.

The regulation is clear, but we dug deeper to see if anything isn’t included and if there are any loopholes that providers could exploit.

Upgrading or getting a new sim card? Choose from the Which? recommended mobile phone providers.

What happens if you run out of minutes, data and texts abroad?

The EU regulations say that you cannot be charged more for using your data, minutes and texts abroad than you would be in the UK – this includes out-of-bundle charges. But these charges vary significantly with some providers, such as Three charging just 3p per minute while Vodafone charges 55p.

Texts are relatively inexpensive across the board, the cheapest we found was Three again, it charges 2p per text, while Vodafone is the most expensive at 25p per text.

Data is more complex since some providers charge per megabyte while other providers have bolt-ons with 250MB or more. Three completed the low cost hat-trick – its data is only 1p per megabyte. Sky’s is the same price, although you need to buy 1GB for £10.

To see the out-of-bundle costs of the UK providers head to our guide on roaming and international calls.

What about calling the EU from the UK?

Despite being in the EU, you aren’t technically roaming while you’re in the UK, which means providers are free to charge what they like for calls made to EU nations.

Our research found that some providers charge you a fortune to call abroad. We checked to see how much it would cost to call a Spanish mobile from the UK and found that both O2 and Vodafone charge £1.50 per minute, while Giffgaff, which uses O2’s network signal and Talk Mobile, which uses Vodafone’s, charge just 9p and 20p per minute, respectively.

Many networks have international call packages, which you can add to your bill for an additional fee. If you call overseas frequently then these may be your best option, but if you only make the odd call to the EU then you can save a bundle by choosing the smaller networks.

What if I’m going to Turkey?

Turkey is a popular destination for UK holiday makers, but since it isn’t in the EU, it’s not included in the regulation. Roaming charges still apply in Turkey unless you’re on Vodafone, which has added it to its list of free-roaming countries.

We checked the charges for using your phone in Turkey and found them to be extremely steep in most cases. ID Mobile charges an eye-watering £1.65 to make calls, while Plusnet charge an astonishing £8 per megabyte of data. The average webpage is around 2MB, so your frequent trips to Facebook could lead to an exorbitant bill.

Vodafone is best if you’re travelling to Turkey since your minutes, data and texts are included. 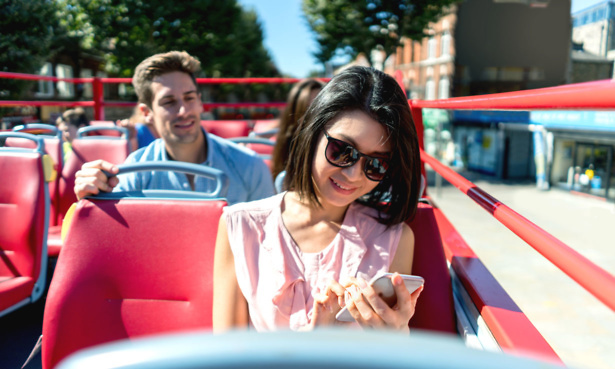 What if I’m traveling outside the EU?

The regulation only applies to the EU, so if you’re heading further afield then you’re at the mercy of your provider’s roaming policy. Making a phone call to the UK from the US could cost you as much as £1.50 per minute if you’re with Virgin Mobile. TalkTalk was the cheapest of the providers we looked at, charging 20p per minute.

Three is your best bet if you’re a frequent traveler to the US since you can use your bundle the same way you can under the EU regulations. Australia, New Zealand and Hong Kong are also included.

Most networks have international roaming deals that you can add onto your account for a monthly fee. If you travel often then it might be more cost effective to go for one of these rather than face the hefty costs that providers charge to use their services abroad.

Which?’s managing director of home products and services Alex Neill said: ‘Many will reap the benefits of these changes and will no longer be put off by expensive roaming charges.’

‘However, it is important that you take a close look at what is or isn’t included in your current mobile deal. Not knowing what’s included in your tariff could lead to some surprising charges on your next bill.’

There are caveats to the regulation and the high cost of calling the EU from the UK is something that may catch some people off guard, but the end of roaming charges in the EU is excellent news for travelers.