Car tax has become confusing. Changes to Vehicle Excise Duty (VED), including new charges for diesel cars in the budget, mean costs are increasing. We tell you how much it costs to tax the nation’s bestselling cars.

After years of promoting the uptake of low-CO2-emitting cars, through low tax rates and grants on the cleanest plug-in hybrids, the government has opted to shake up the Vehicle Excise Duty system, removing much of the incentive for choosing a cleaner vehicle.

Currently, while first year rates are still based on CO2 emissions, from the second year onwards, a standard rate now applies. The standard rate for conventional petrol or diesel cars registered after 1 April 2017 will be £140 per year, and £130 for alternative-fuel cars like hybrids. Only zero emission vehicles such as electric and hydrogen cars continue to be exempt.

In addition, there’s an extra £310 to pay on top of the standard rate from the second year to the sixth year, on all new cars (including zero emission vehicles) with a list price of more than £40,000.

To make it more complicated, following on from this month’s Budget statement, from 1 April 2018, buyers of new diesel cars that don’t pass the latest RDE act 2 (Real Driving Emissions) test, which is conducted in real-world driving conditions, will also be subject to a further penalty of being moved into the next-highest emissions band for first-year tax rates.

So what does this mean for you? If you’re about to take the plunge and buy a new car, the changes to vehicle tax can be bewildering. Below we’ve detailed how Britain’s ten most popular cars (sales figures supplied by the Society of Motor Manufacturers and Traders) are affected.

Read our expert guide to car tax for all of the latest information on changes to Vehicle Excise Duty.

What you need to know about new diesel cars

The latest RDE tests aren’t due to come into effect until September 2019, but it’s likely that most new diesel models sold after 1 April 2018 will meet its requirements. This is particularly true of all-new model generations, which have to comply before 1 April. 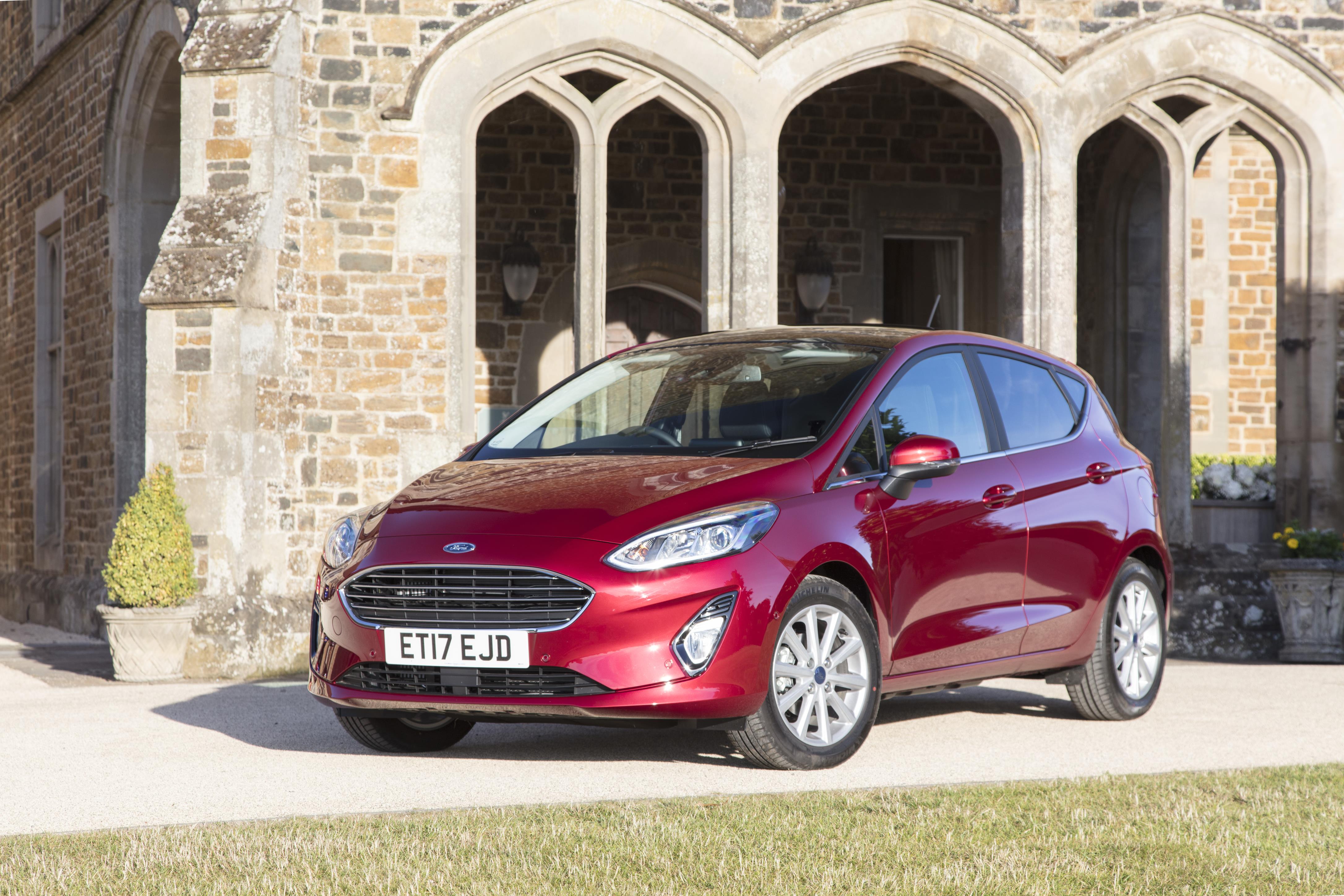 The Ford Fiesta has long been a prominent feature on UK sales charts, and the introduction of the all-new seventh-generation new Ford Fiesta has done little to dent its appeal.

All available engines produce low CO2 emissions, but it pays to choose carefully. For instance, go for the brand’s 1.0-litre Ecoboost engine with an automatic transmission instead of the manual, and you’ll pay £160 instead of £120 in the first year, thanks to its increased emissions.

On paper, it’s the low-power (85hp) 1.5-litre diesel that’s the cheapest to tax. But with the new diesel penalty, its first-year bill is the same (£120) as the 125hp version of the much more responsive 1.0-litre Ecoboost petrol motor. 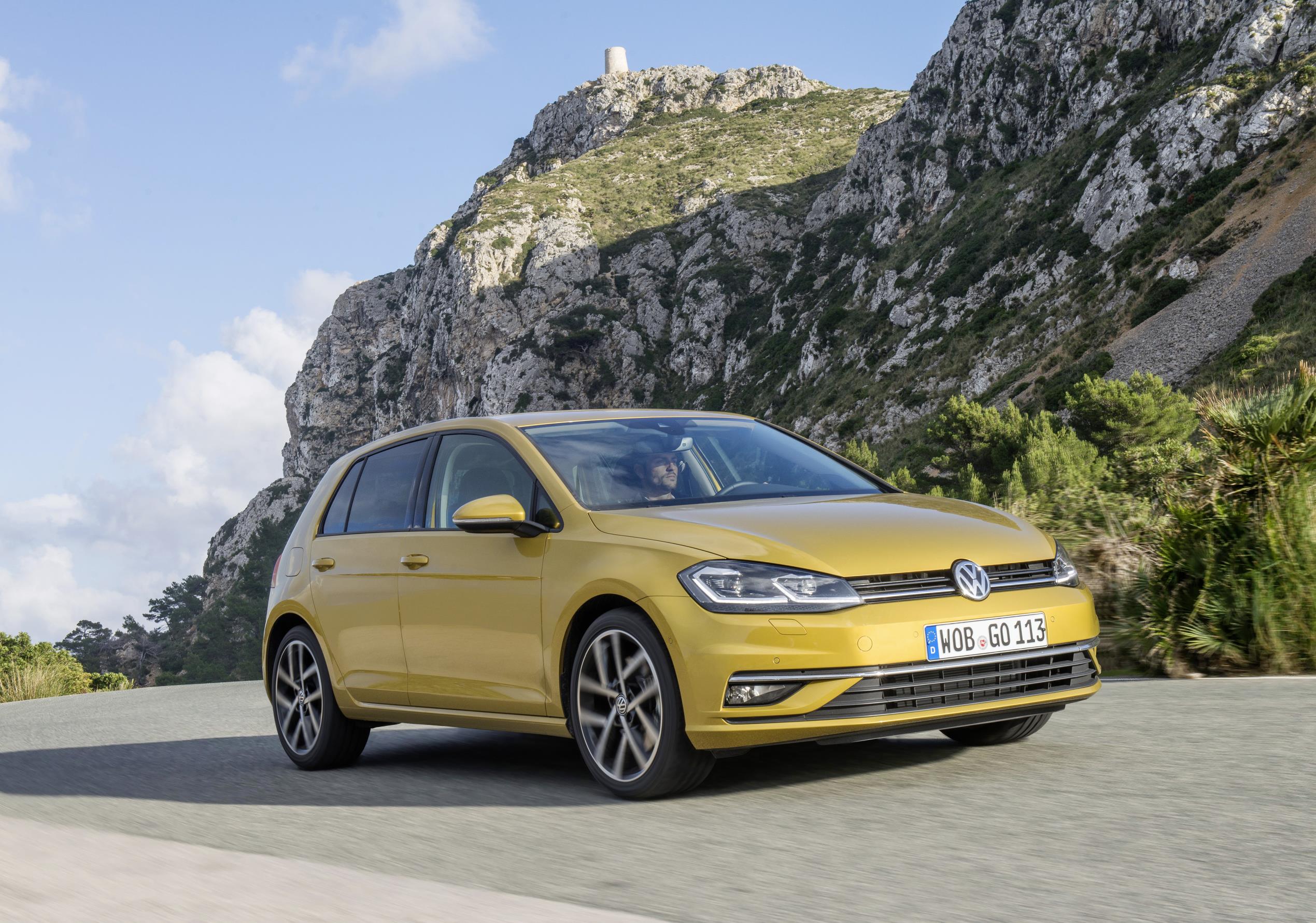 With a large range of engines, ranging from a frugal 1.6-litre diesel to a thunderous, high-performance 2.0-litre petrol, CO2 emissions for the Volkswagen Golf range from 106g/km to 180g/km. Those looking to reduce their environmental impact may be dismayed to hear that both of these models now cost the same to tax after the first year, though the 2.0-litre Golf R is subject to a first year tax bill of £800.

The diesel, however, will now cost owners £120 more each year than under the pre-April 2017 tax tariff. 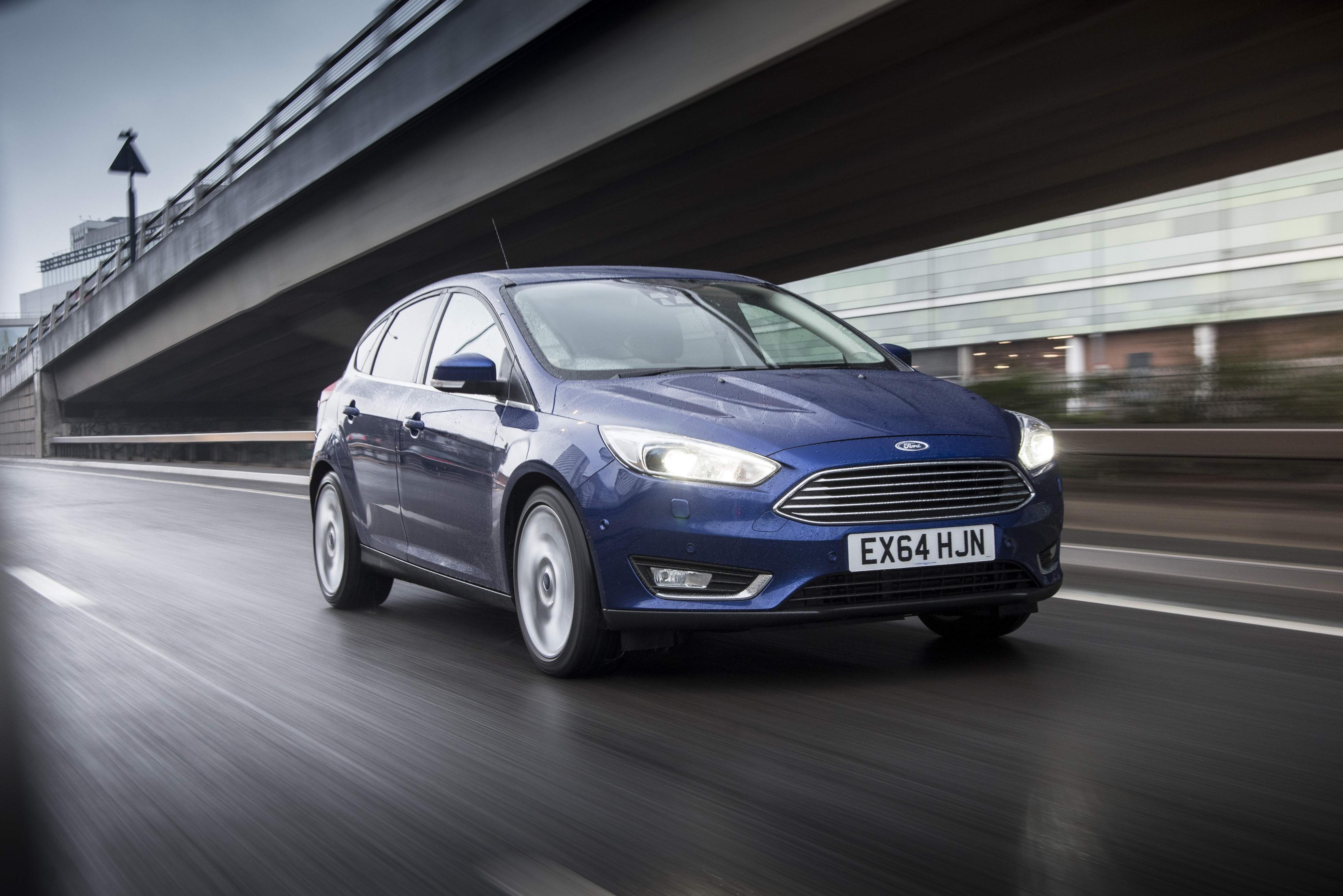 One of the consequences of the new tax system is that it offers no incentive to buy a low CO2 car beyond the punitive first year tax costs. The Ford Focus, one of the most common sights on UK roads, is a case in point.

In efficiency-biased ‘Econetic’ trim, its 1.5-litre diesel engine emits just 88g/km – which would have meant tax-free motoring under the old tariff. Now it costs exactly the same after the first year as the high performance Focus ST model, which emits nearly double the CO2 at 159g/km.

New ST buyers are stung by an eye-watering £500 first year tax bill, however. 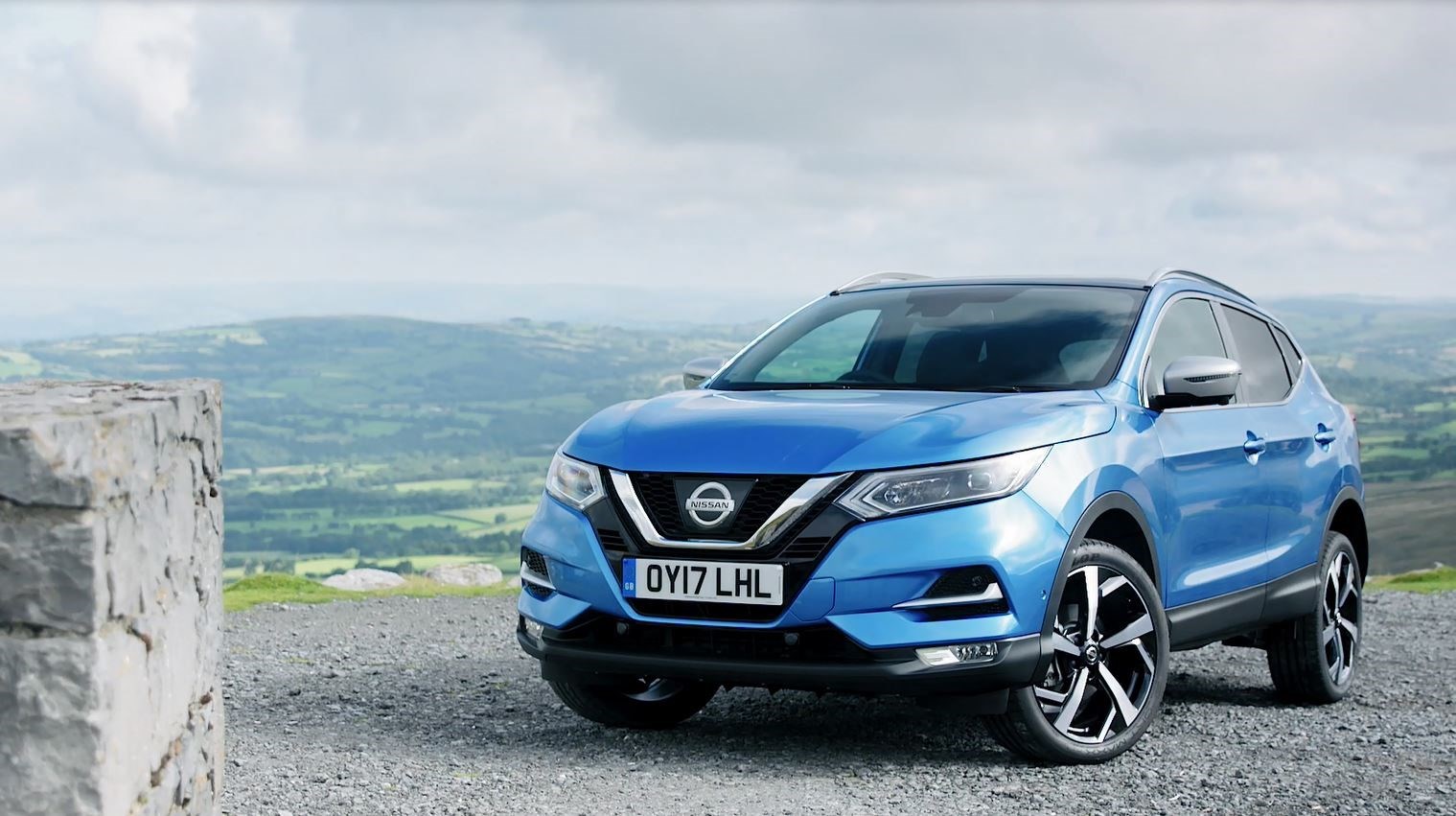 Crossovers such as the exceedingly popular Nissan Qashqai, which are normally bought with diesel engines, have been particularly badly hit with the shake-up to the car tax system.

For instance, if you’d bought Nissan’s bestselling 1.5-litre diesel before April 2017, you’d have enjoyed tax-free driving for life, thanks to its official CO2 emissions of 99g/km. Under the new tax system, you’ll now pay £140 per annum (£120 in the first year), despite it officially being the cleanest engine in the range. 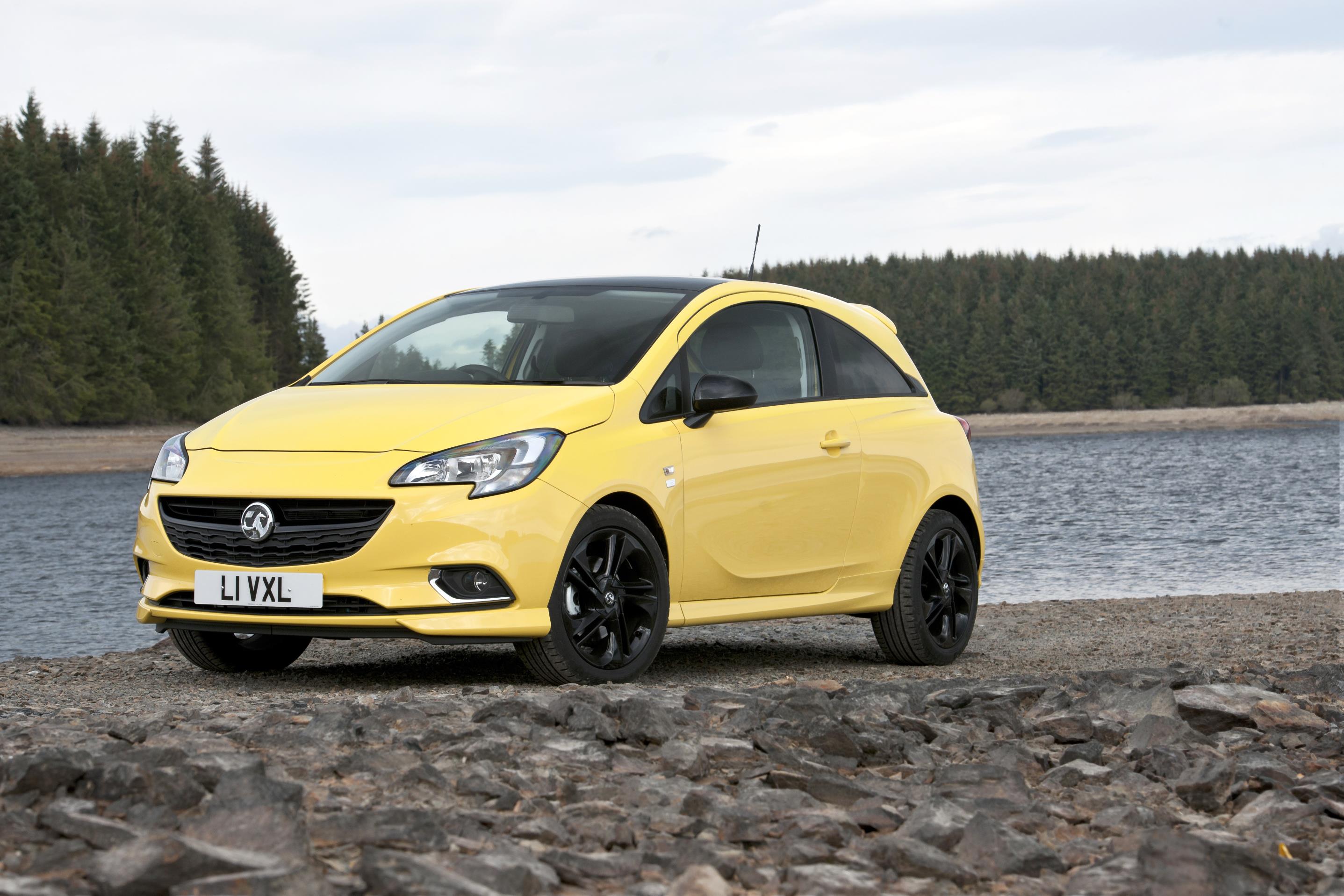 As a cheap, relatively frugal car with a low-powered 1.4-litre petrol engine, you’d expect the Vauxhall Corsa to be light on the wallet. Buyers who bought before the April 2017 watershed would certainly agree, shelling out just £30 per annum on tax, after the free first year.

Now, though, the Corsa is liable for £160 VED in its first year, before the flat £140 annual rate kicks in. 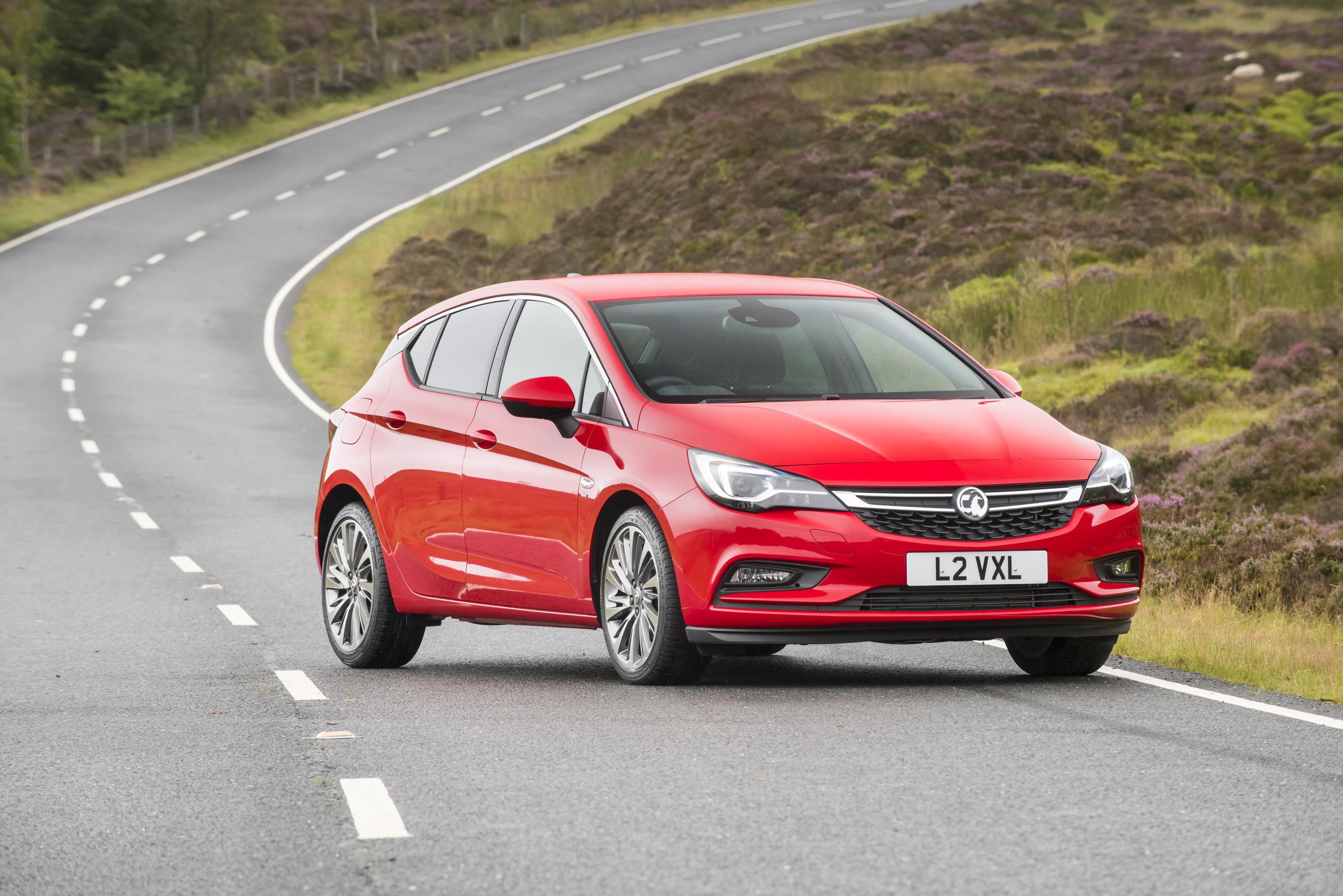 The rise in tax is less severe for the bestselling Astra model, the 150hp 1.4-litre turbocharged petrol. With official CO2 emissions of 128g/km, it would have cost £115 after its free first year. First year tax costs have now risen to £160. 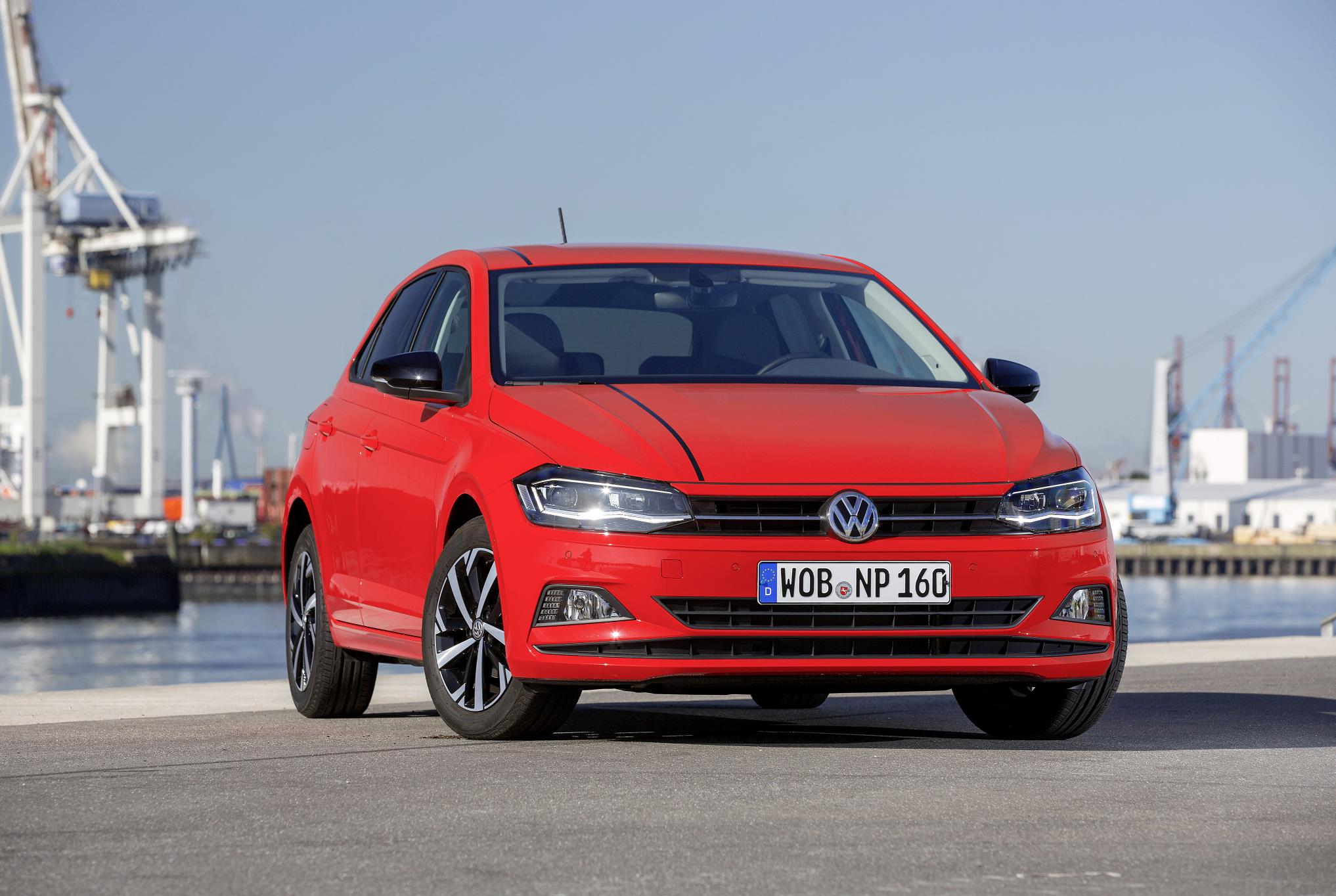 Volkswagen has just launched an all-new Polo, but thanks to the new tax rules, buyers won’t be able to enjoy annual bills as low as that of the outgoing model. Official CO2 emissions are yet to be confirmed for much of the range, but at the time of publication the cleanest version is the 1.0-litre petrol, which emits 101g/km CO2, according to official figures.

This means a first year rate of £140 – a significant rise over the £20 that a similarly polluting version of the old Polo model would have cost to tax. 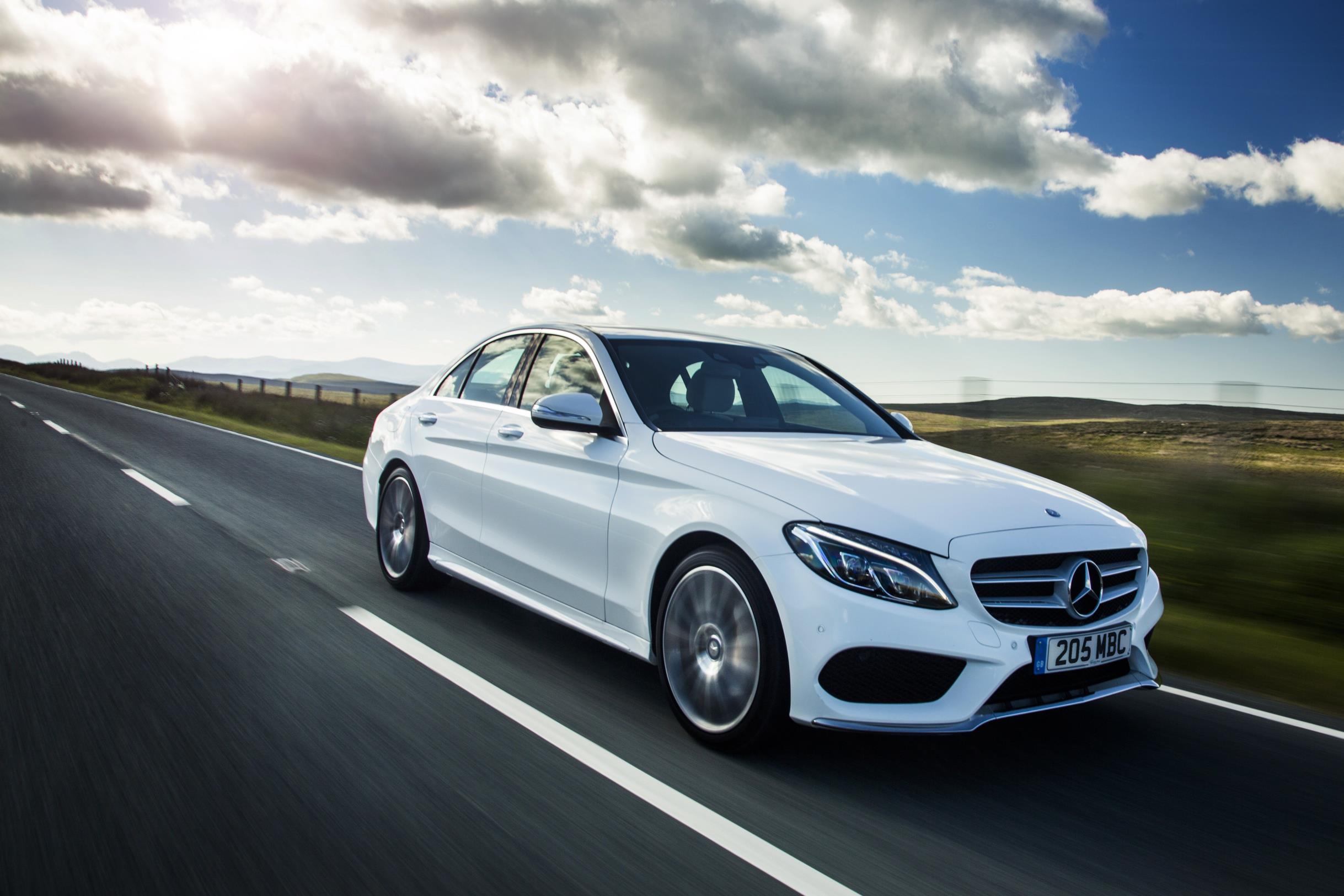 Diesel’s popularity is particularly apparent in the compact executive saloon sector, with buyers attracted to upmarket models without the running costs to match. However, the tax changes mean the party is well and truly over.

If you’d bought the bestselling Mercedes C-Class 220d AMG Line model before April 2017, you’d have enjoyed tax bills of just £30 a year after a gratis first year. Buy now and it’s £160 for the first year alone. 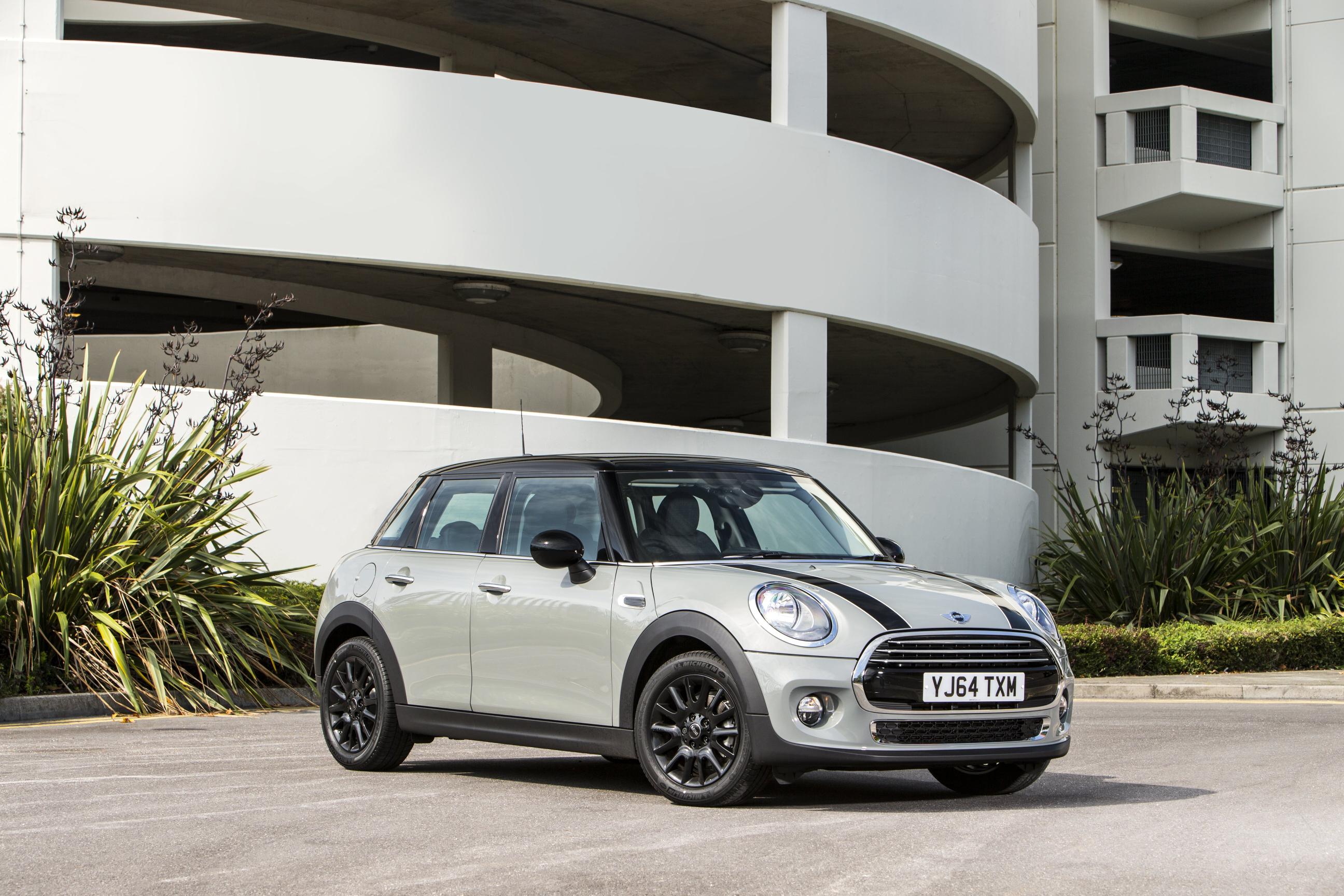 It’s not just diesel drivers who are being penalised under the next tax system. A petrol supermini, such as the popular Mini Cooper hatchback, makes the most sense for city driving. Fuel economy can rival diesel models, but usually without as much NOX or particulate emissions. 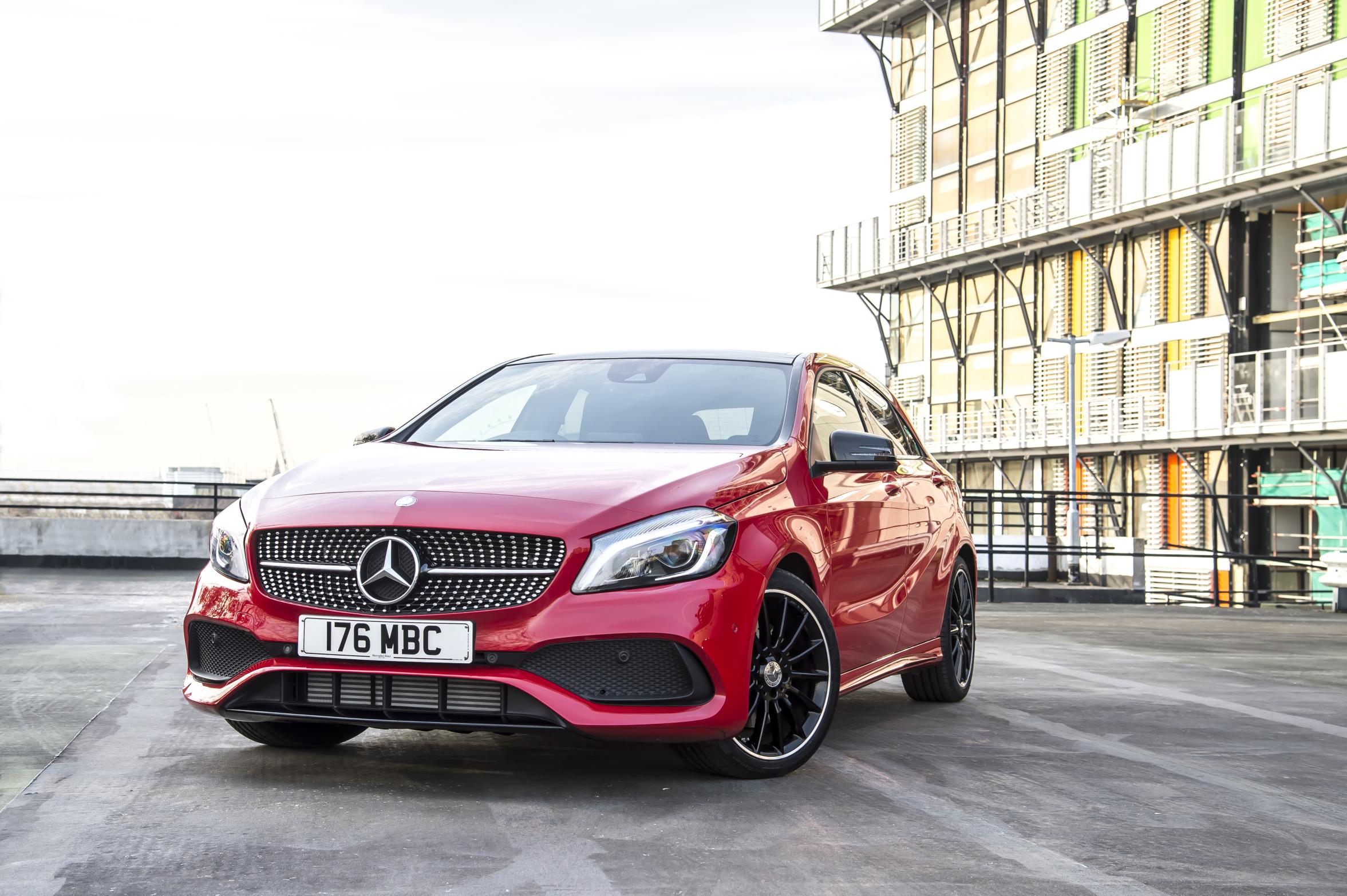 The lure of cheaper costs has meant that diesel has pervaded every area of the new-car market, including smaller hatchbacks, which have traditionally been powered by petrol. Mercedes’ upmarket A-Class is most popular in its turbocharged diesel guise, with the automatic A180d Sport proving a hit with buyers.

While it was once completely exempt from car tax, the new rules will see annual tax bills rise to £140 after a first-year rate of £120.

Want to know which car you should buy? See our round-up of the top cars for 2017.