Changes to the TV transmitters in preparation for 5G mobile signals has led to some people losing Freeview channels.

Ofcom and Digital UK, the company in charge of coordinating the mammoth task of re-engineering the hundreds of TV transmitters across the UK, expects that between 14 and 20 million households will need to retune their TV to access all the Freeview channels.

The process of retuning is exactly the same as the first time you set up your TV. The tuning menu can be found in your TV’s settings and your set will search for all the channels automatically.

If you use YouView, NOW TV, BT TV, TalkTalk and EE TV then you will also need to retune.

Virgin Media, Sky, BT or someone else? Take a look at the best TV providers we recommend.

What should you do if retuning doesn’t work?

For some households retuning may not be enough. Ofcom predicts that between 100,000 and 160,000 households will need a new aerial to continue getting all the channels they had before. Our own testing has shown that the quality of indoor aerials differs wildly and choosing the right model can give you access to more channels with a clearer, more stable picture. You can see which models we recommend in our list of the best aerials.

It may not be necessary to buy a new aerial though. If retuning doesn’t work, then Freeview can send an engineer to replace it. An engineer will be sent if you don’t have access to satellite or cable TV, the issue you’re experiencing can be attributed to the transmitter changes and the channels can’t be restored after receiving advice over the phone. The number to contact Freeview is 0808 100 0288.

The changes to the transmitters could cause issues for people with external aerials, too. Ofcom expects 40,000 to 100,000 of these aerials will need to be realigned. This procedure will usually need to be performed by a professional. As with indoor aerials issues, Freeview will send an engineer if the issue can be attributed to the transmitter changes and you don’t have access to satellite or cable TV.

In some rare cases viewers may even need to change their TV platform entirely. Satellite TV and cable TV services, such as Virgin are unaffected by the changes to the transmitters. 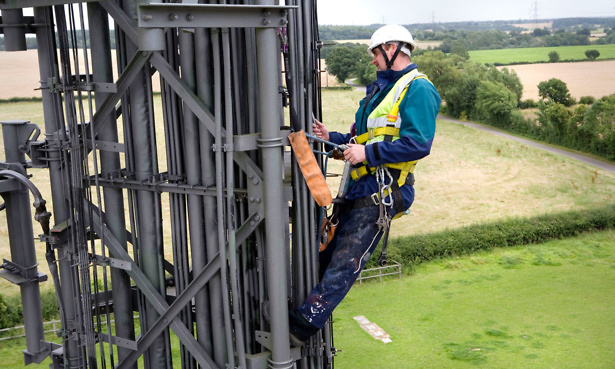 Why are the transmitters changing?

The 700 Mhz spectrum, which is used to wirelessly transmit digital TV signals, will be auctioned off in 2020 to provide a boost for 4G and 5G mobile signals. In the lead up to the auction, alterations are being made to the TV transmitters to make the transition as smooth as possible after the auction.

The majority of the transmitters in the south of England, some in the midlands and northern Scotland have already been altered.

The transmitters in most of Wales and the remainder of Scotland will be changed towards the end of the year. The south west and north east will follow in 2019.

Who is most likely to be affected?

Everyone using Freeview will need to retune, but for people living in certain areas there’s a higher chance that you’ll need a new aerial or risk losing channels.

Digital TV is broadcast in different aerial groups to different parts of the UK. Aerial group C/D uses the 700 MHz spectrum and people in this areas with these transmitters are at a greater risk of losing channels, though Digital UK’s website does say that households in this band should still continue to receive reliable reception.

You can see on the map below which areas of the UK have C/D transmitters. 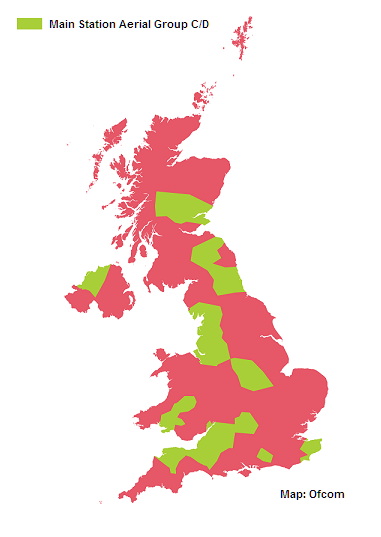 Fed up with re-tuning? All of our Top 5 TVs are ‘smart’, so you can watch on-demand channels with ease.