Carbon monoxide alarms bought from Amazon and Ebay have repeatedly failed to detect the killer gas in recent Which? lab tests and would be potentially lethal in your home if there were to be a build-up of carbon monoxide. Based on the terrifying test results we’ve seen, we have no hesitation in making all four models Don’t Buys.

One of the carbon monoxide (CO) alarms – The Topolek GEHS007AW CO alarm (£14.99) – was listed as a bestseller on Amazon. However, it failed to detect the killer gas in 80% of our carbon monoxide lab tests.

This alarm wasn’t alone in not being able to do the one job it exists to do. Three unbranded alarms repeatedly failed to sound when there was carbon monoxide in the air. All three were made in China and sold through sellers on Amazon and Ebay for less than £10.

Following the results of our tests, Amazon and Ebay removed the four alarms from sale and went on to de-list another 50 lookalike alarms that we believe to be identical and equally as dangerous as those that failed our tests.

Want to know which alarms are safe and reliable? Head to our carbon monoxide alarm Best Buys.

Video: check whether your carbon monoxide alarm is a Don’t Buy

As the packaging of the unbranded alarms can vary, you can’t tell by the name on the box whether you’re buying an unsafe model. But you can tell by the way the alarm looks. Use our carbon monoxide alarms video to make sure you don’t buy one in the future, and to check that you don’t already own one.

If you own one of these unsafe alarms, replace it. Based on our tests, you can’t trust it to go off when you need it to.

We bought three of them – two from Amazon, one from Ebay – that failed to sound in our tests.

What do the unsafe, unbranded CO alarms look like?

All appear identical to those that failed our 2016 tests (Which?, November 2016, p72) and each one was equally as poor at detecting carbon monoxide. They all look like the alarm pictured below. 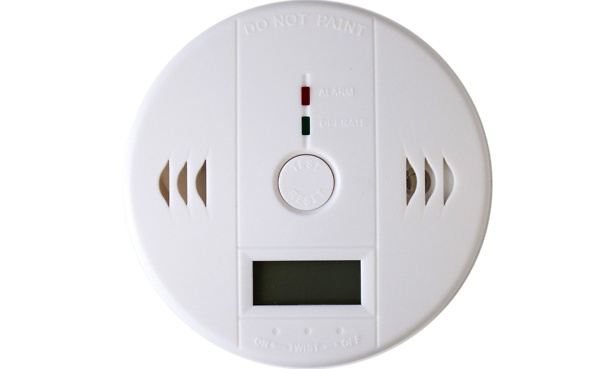 If there was a carbon monoxide build-up in your home, you wouldn’t be able to rely on them to sound. Because of this, we’ve made all alarms that look exactly like this Don’t Buy carbon monoxide detectors, based on the evidence from our lab tests. Everything we’ve seen leads us to believe that they’re the same product being packaged differently and that at a product type level, they are dangerous.

Why are these CO alarms so dangerous?

The problem with this type of cheap and imported alarm is that they fail to detect CO, which makes them dangerous. We first reported on this in 2016, when we tested three versions of this unbranded and potentially dangerous alarm.

When we selected three more alarms to test this year, we found exactly the same problem. Time after time, the alarms didn’t trigger when CO was present.

The alarms that have failed our tests all claim to meet the BS EN 50291 safety standard. Based on the evidence from our tests, we very much doubt these claims.

Among the four alarms that failed our tests was the Topolek GEHS007AW CO alarm (£14.99, pictured below), which claims to meet the British Standards test (BS EN 50291) for detecting CO. 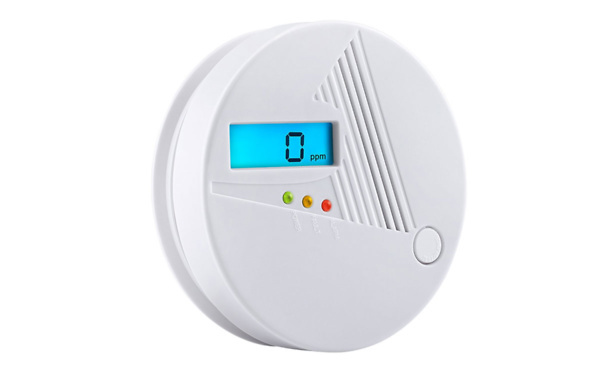 When we tested it, this Topolek alarm was listed as a bestseller on Amazon. The seller also claimed on the Topolek alarm’s listing on Amazon that it ‘has been verified and approved from Amazon’s product safety side’.

But it repeatedly failed our tests, which are based on the CO detectors standard, and it can’t be relied on to detect the gas.

When we raised our concerns with Amazon and Ebay, the two sites removed the listings for the alarms that had failed our tests. Both sites also removed another 50 alarms that look identical to the unbranded alarms – this is because our test results this year, and in 2016, lead us to believe they cannot be trusted to detect CO.

Amazon told us that sellers need to follow its guidelines or face having their accounts removed. Ebay said customer safety is its number one priority and it works with Trading Standards to ensure only lawful products are listed.

As we went to press, we couldn’t find any of the two types of dangerous CO alarm for sale on Amazon. However, we did find additional listings on Ebay, and we are continuing to work with Ebay to remove this type of product from sale.

Dangerous carbon monoxide alarm instructions to watch out for

The potentially dangerous instructions included with the alarms were also a massive concern for us.

All of the alarms that failed our tests come with instructions wrongly advising consumers not to install the alarms in the kitchen, where in the UK a gas boiler is most likely to be found. 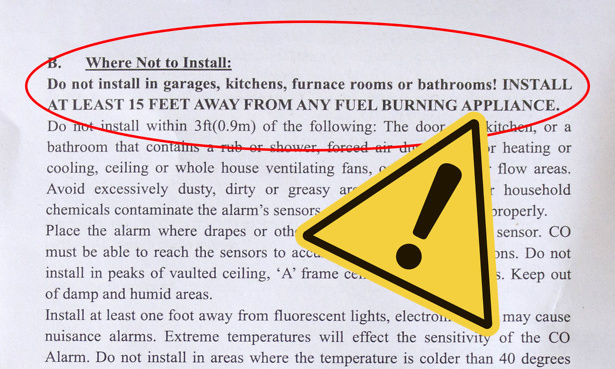 If a boiler develops a serious problem, this could lead to a build-up of CO – so it’s important to have a CO alarm near a boiler or any other potential source of CO.

How we test carbon monoxide alarms

We see how well the alarms recover after triggering to assess whether they continue to detect CO, and we also check how well they respond three months after initially being tested.

Best Buys need to pass every one of our 24 CO tests. If an alarm fails one of the 24 tests, we will make it a Don’t Buy. All of the Don’t Buys we’ve seen since we started testing CO alarms in 2016 have each failed to detect CO multiple times in our tests.

Find out more about how we test carbon monoxide detectors.

What should I do if I have a dangerous carbon monoxide alarm in my home?

If you’ve bought one of these alarms, you need to replace it immediately. Contact the company you bought it from and request a refund, based on the fact that the alarm is dangerous.

Which? members should look out for our full carbon monoxide alarms investigation in the October edition of Which? magazine.

Alex Neill, Which? Managing Director of Home Products and Services, said: ‘It’s extremely concerning that these unsafe alarms were being sold by major retailers, and anyone who has one of these alarms should replace it straight away.

‘When household names such as Amazon and Ebay are selling products that could put consumers at risk, it is clear more must be done by businesses and the Government to proactively identify potentially dangerous products and stop them from entering people’s homes.’