The second-most popular mobile phone brand in China, behind only the rapidly expanding Huawei, Oppo is a name almost entirely unknown to those of us in the UK. Even smartphone fanatics could be forgiven for being unfamiliar with, you can expect to hear a lot more about Oppo in the coming months, as the company has registered trademarks for 40 handsets in the UK and Europe – and more are reportedly on the way.

With more than 100m units sold in 2017 alone, Oppo built its reputation off the back of affordable, entry-level phones that appealed to markets such as China and India that are less keen on spending upwards of £1,000 on a handset. That doesn’t mean there’s nothing to get excited about, though – Oppo is also responsible for some truly exciting handsets. In late 2014, the Oppo R5 became the world’s thinnest smartphone, and at a mere 4.85mm thick it’s a figure that’s still not been beaten by any of the major brands available here in the West.

That was one of its first smartphones to turn UK shoppers green with envy, but there’s been plenty to talk about since. Read on, as we detail some of the most intriguing, exciting and unique devices Oppo’s expansion could soon bring to a store near you. 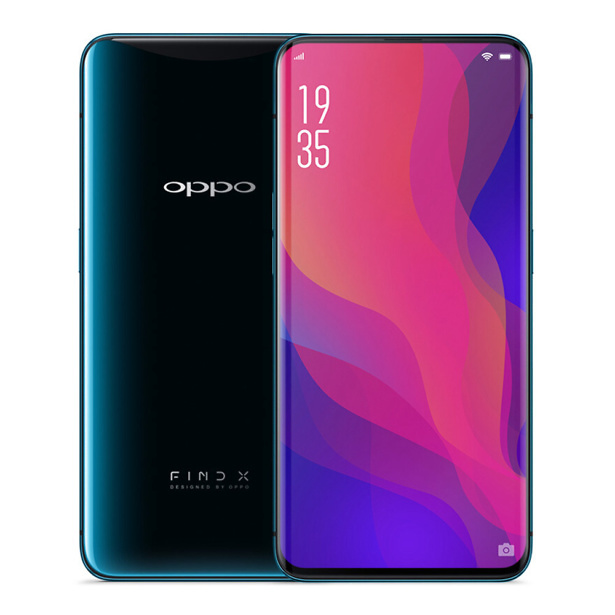 This is the big one, now officially declared to be arriving in Europe, and it’s easy to see why it’s garnered so much attention. With its absolutely enormous 6.42-inch curved display it’s larger than any smartphone we’ve ever tested – even the Samsung Galaxy Note 8. It’s a bright, vibrant AMOLED panel with Full HD resolution that comes closer than any phone we’ve seen to achieving a true bezel-less, edge-to-edge experience. Unlike the various notched phones out there, the Find X has a special trick up its sleeve – and it’s like nothing we’ve seen on a smartphone before.

It has what Oppo calls ‘stealth 3D cameras’. When you need to take a photo the back of the handset physically elongates, mechanically extending a camera out of the top of it from behind the display. Not only is it practical, it’s absolutely ingenious (and also looks and feels very sci-fi). While it may sound unnecessarily flashy, the impact it has on the handset every day is huge. Compare it with the Samsung Galaxy S9+, for example: the Find X has a display 0.22 inches larger, yet its body is actually 1.4mm shorter than the Galaxy S9+. It has a screen-to-body ratio of 87% – compare that with the Apple iPhone X, a similarly ‘bezel-less’ handset, which has a screen-to-body ratio of 83%.

All those moving parts may explain the Find X’s one curious absence. There’s no fingerprint scanner anywhere on it, with facial recognition taking precedence instead – as with the Apple iPhone X. Oppo claims it’s 20 times more secure than fingerprint unlocking – all well and good, so long as it actually works 100% of the time.

If it wasn’t clear already, the Oppo Find X isn’t just a smartphone designed to rival the big names – it’s one designed to surpass them. There’s also the small matter of it having a market-leading 8GB of Ram (a wildly excessive figure shared with a handful of other, less popular, handsets), a top-of-the-line Snapdragon 845 processor and a massive 3,730mAh battery and it almost seems too good to be true. You can be sure that we’ll be putting it to the test once it finally makes its way to British shores.

The Find X is up against the top five best smartphones for 2018. 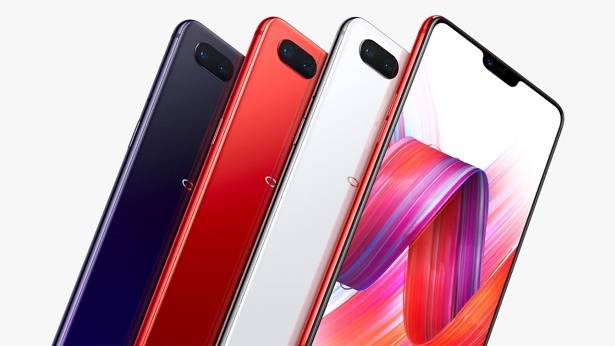 If the Find X seems a bit much for you, the R15 Pro could be slightly more palatable. We’d expect it to be priced at around the £500 mark, and it sits atop what is (Find X not withstanding) Oppo’s ‘premium’ range. It may not have the wow-factor of its princely sibling, but it’s still nothing to be sniffed at.

The display is even larger than that of the Find X, measuring in at an RSI-inducing 6.28 inches. It only has a Full HD resolution, so we would hope that the AMOLED panel keeps quality from deteriorating over such a massive area. It’s powered by a Snapdragon 660 chip – a processor originally designed with more mid-ranged handsets in mind, but we’ve found to perform fantastically in our tests. There’s then an ample 6GB of Ram and 128GB of on-board storage for you to use (plus a micro-SD card slot, should you need it).

It has the customary dual-lens setup on the rear, its two cameras capturing in 16Mp and 20Mp resolution, respectively, plus an impressively high aperture and dual-tone LED flash. Sadly, they do not magically slide out of the top of the handset.

While the R15 Pro wasn’t one of the names registered for trademarking in the UK, none of the company’s existing R-series models were. There was an ‘R25’, though, which we wouldn’t be surprised to see as a re-branded or perhaps even updated version of the R15 Pro.

Our guide to the top mid-range mobile phones can help you choose a great handset at a reasonable price. 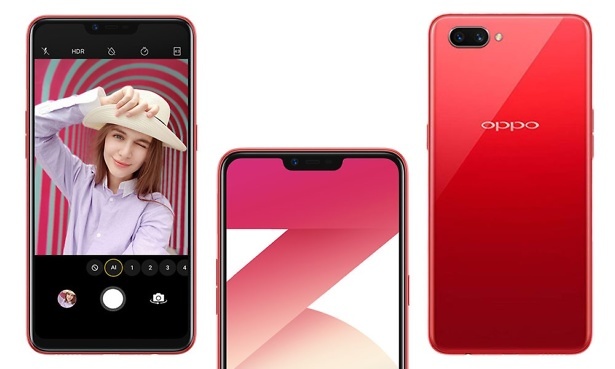 Budget handsets were once Oppo’s bread and butter, so we have high expectations for the A3s. So much as a quick glance at the A3s tells you how Oppo feels about it – this is a cheap handset designed to look like it’s anything but. In fact, it’s virtually indistinguishable from the R15 Pro.

You certainly seem to get a whole lot for your money: there’s still an enormous display (6.2 inches this time) with minute bezels, a Snapdragon 450 octa-core processor (the very same one powering the Motorola Moto G6, and even dual rear-facing cameras – a 13Mp main sensor plus a 2Mp companion that’s primarily to aid focus and depth perception. The most eye-catching figure of all, though, is the size of the battery: 4,230mAh is positively enormous, and should see even a smartphone of this size run and run.

Unfortunately, and unsurprisingly, there are some cutbacks. That enormous display only has a 720 x 1,520 pixel resolution, resulting in just 271 pixels per inch (PPI) – we generally look for at least 300 PPI for a consistently sharp image. There’s only 2GB of Ram and, perhaps most disappointingly, a mere 16GB of internal storage – although, you can expand upon it with a micro-SD card.

As with the R15 Pro, Oppo has trademarked six A-series model names, none of which exist yet. There’s also eight AX handsets – a series which doesn’t even exist yet. We fully expect at least one of them to feature the specifications of the brand-new A3s.

Oppo has some tough competition in the budget market – find out which models we rate as the best cheap mobile phones you can buy right now.

Are Oppo phones any good?

It might be tempting to write Oppo off as yet another of many nondescript Chinese smartphone manufacturers – and unlikely to have what it takes to take on Apple and Samsung, despite some promising handsets.

In China however, Oppo handsets are incredibly well received – not just by the public, as the incredible sales figures obviously suggest, but by reviewers, too. The Find X has, unsurprisingly, received praise across the board. Acknowledges not only for its unique looks, it’s also impressed when it comes to performance. One prevailing viewpoint is that in the past Huawei has used its handsets as experimentation in design rather than focusing on creating a truly functional device – the Find X seems to be a marriage of both.

Even the mid-range and lower-tier handsets seem to do well. More so than any brand we’re familiar with here in the UK, Oppo releases a lot of handsets – it’s already released 11 in 2018 alone, and there’s a whopping 32 currently promoted on the company’s global website. There’s bound to be a few duds, but with so many being pumped out it seems like the company is able to produce at least one or two solid models within each price bracket.

Not sure which smartphone to buy? Read our guide on how to choose the best mobile phone.