We tested 86 packets of low-fat and reduced-fat sausages between January and July to see if their fat content matched what was claimed on the label. In many cases it didn’t.

Sainsbury’s Butcher’s Choice Reduced Fat pork sausages consistently contained at least 60% more fat than the 5.5g per 100g stated on the label. In fact, one sample contained 13.3g per 100g, more than twice as much.

Overall, the worst sample was Heck Super Lean Thins, which describes the fat content as 2.7g per 100g. However, our tests found that one sample contained 9.3g fat per 100g – more than three times as much. 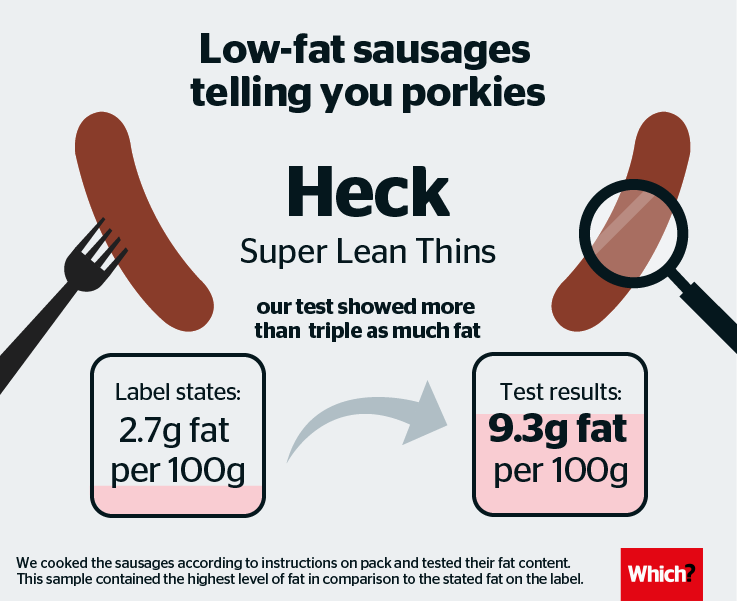 We also found more fat than printed on the label in:

Sainsbury’s told us: ‘We are concerned by the results of these tests on our Butcher’s Choice Reduced Fat pork sausages. We are investigating with our supplier and have temporarily withdrawn the product from sale while this is ongoing.’ Asda and Morrisons told us they would be doing their own investigations.

Find out what our expert tasters have named the best sausages. 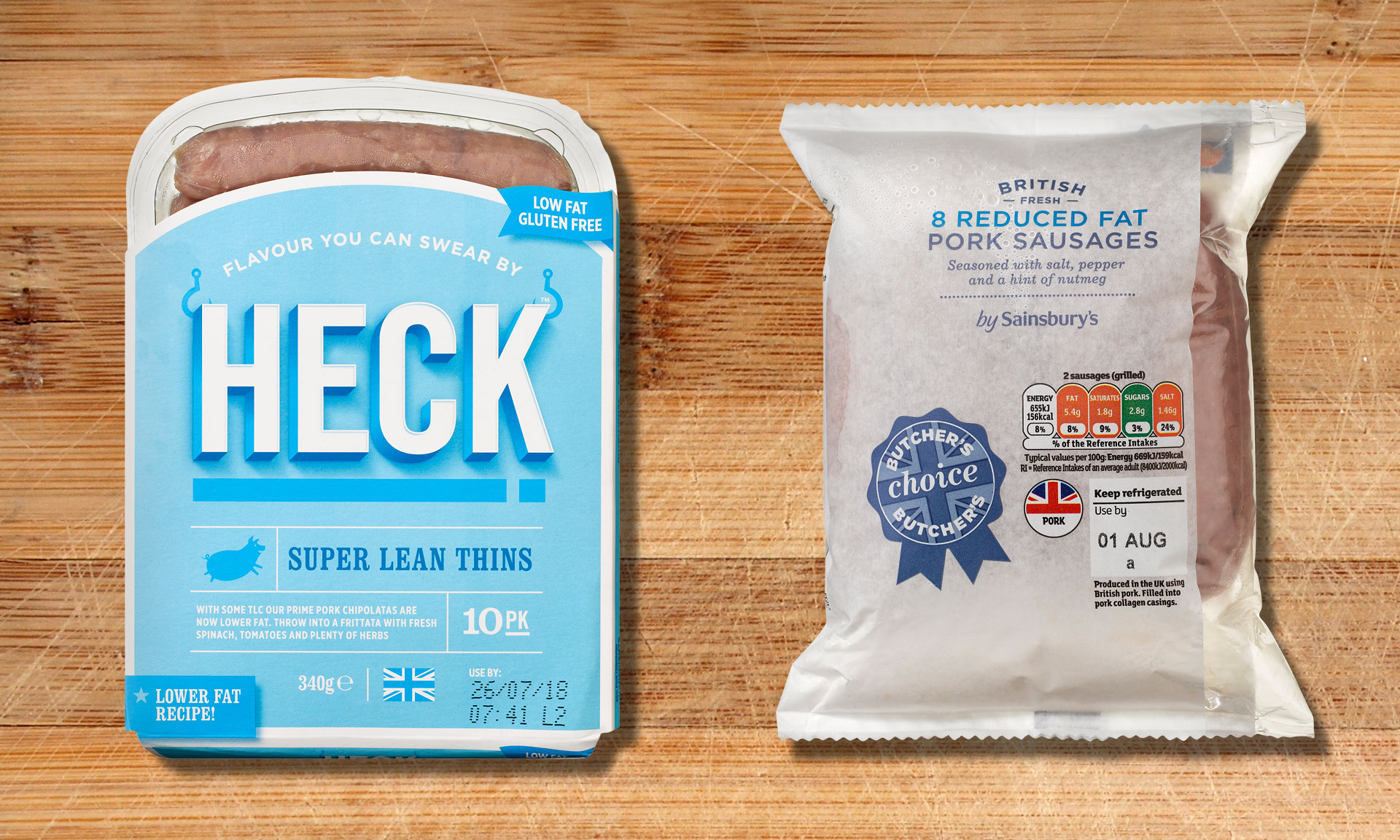 Heck, plus a number of supermarkets (Sainsbury’s, Asda and Morrisons) initially challenged our results. They told us our findings were invalid, as we’d tested raw sausages, whereas their nutritional information is for grilled sausages.

We took another set of samples, which we cooked and measured for fat content. This time, our results showed that the fat content actually increased after cooking. For example, one sample contained 6.7g fat per 100g raw, but 10g fat per 100g when grilled.

This is because sausages shrink when cooked, mainly due to water loss, which means there’s less sausage to fat content compared with raw sausages, and so the fat content is, in fact, even higher for sausages that state the nutritional information for when they’e cooked.

Did you know that the numbers you see on nutrition labels aren’t exact? These are, in fact, averages, and a margin of error is allowed. For foods that contain less than 10g fat per 100g – for example, the sausages we looked at – this margin of error is plus or minus 1.5g.

Samples that were always below the maximum margin of error, in other words, they contained less fat than advertised, were: