Our latest round of smartphone testing has seen an Android juggernaut – the Samsung Galaxy Note 9 – put through its paces. In a battle between high-end phones, can this new arrival outscore Apple’s iPhone X?

We’ve unleashed our speed and battery life tests on the Note 9 to see whether or not its hefty price tag is justified. But that’s not all – buyers on a budget will be pleased to hear that we’ve also tested the far more affordable Galaxy A6 and J6.

Keep scrolling to see if the Samsung Galaxy Note 9, Galaxy A6 and Galaxy J6 are worthy of Best Buy status.

Best Buy smartphones – these are the best mobiles money can buy

Samsung Galaxy Note 9 in the Which? test lab 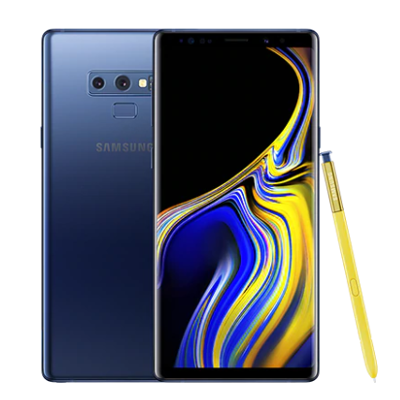 Starting at £1,099, the Samsung Galaxy Note 9 won’t be an option for buyers on a budget. But if money is no object and you’re looking for one of the best-performing smartphones around, does the new Note 9 tick all the boxes?

The Galaxy Note 9 is the latest addition to Samsung’s ultra-high-end smartphone line, pairing a huge 6.4-inch Quad HD+ display with a sleek and sophisticated aluminium and glass body. It has a massive 6GB of Ram and a 4,000mAh battery – Samsung’s biggest to date.

If you’re paying over £1,000 for a smartphone, you’ll be expecting a quality camera setup. The Samsung Galaxy Note 9 has two 12Mp rear-facing cameras, which the tech giant says will serve up stunning levels of detail whether you’re shooting during the day or late at night. A built-in HDR toggle lets you capture colour in low light, while the 8Mp front camera automatically detects faces to make sure you’re in focus.

Dealing with the large display is made easier thanks to Samsung’s S Pen, a Bluetooth stylus stored neatly within the handset’s body. Pick it up and you can jot down some notes, annotate images or use it as a remote shutter for the phone’s camera.

On paper, this Samsung flagship has the toolset to top our expert tests. But does the Note 9 outperform every Samsung handset before it? Head over to our Samsung Galaxy Note 9 review for our expert verdict. 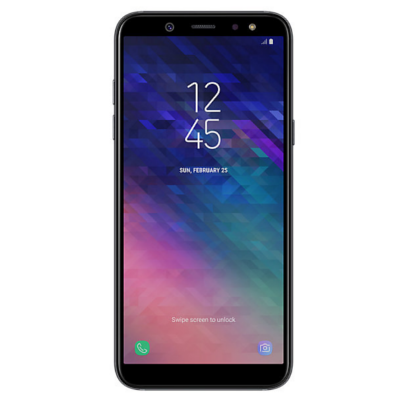 It’s not going to turn heads in the same way that the premium Note 9 does, but there any plenty of features tucked inside this affordable mobile that make it worthy of your attention. Facial recognition, front flash and a rear fingerprint sensor are all included.

This smartphone is aimed primarily at the middle of the market, balancing performance with a low price. Looks-wise, it’s not worlds apart from the pricier Samsung Galaxy S9, although you won’t be surprised to hear that the A6 feels cheaper in-hand.

Samsung is confident that the A6 will last you up to 16 hours of video playback on a single charge, thanks to a 3,000mAh battery. We’ve put those claims to the test in our lab, so you’ll have to check in with our full review for the details.

If you enjoy taking pictures and videos on your phone while you’re out and about, it’s worth noting that without a micro-SD card, the A6 can only offer up 32GB of storage. If you have a large selection of apps, you might get through this allowance quicker than you’d like.

If you’re shopping for a budget-priced phone, it’s hard to ignore this Samsung. But are there better options? Our full Samsung Galaxy A6 review has the answer. 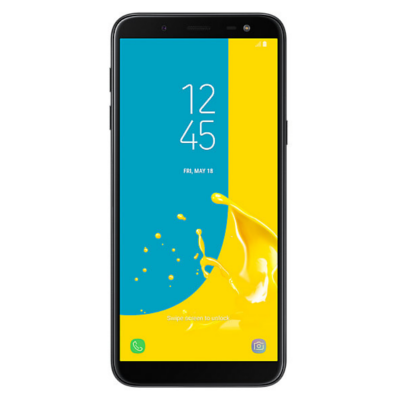 Like the A6, this model ships with a 5.6-inch Super AMOLED display, which is an impressive feat for such an affordable smartphone. Under the hood, the Samsung Galaxy J6 is powered by 3GB of Ram – that’s less than the average flagship, but it should be powerful enough to handle most of the apps you throw at it.

Once the reserve of high-end smartphones, the Galaxy J6 flaunts a fingerprint scanner and NFC compatibility, which means you can make payments at mobile terminals in-store.

Is this Samsung smartphone one of the best sub-£200 mobile you can buy? See how it scored by reading our full Samsung Galaxy J6 review.

The best mid-range mobile phones for 2018

The latest flagship handsets from big-name brands can cost upwards of £1,000, but there are now plenty of options if you’re looking for a powerful alternative for less.

When it comes to testing the latest Android and iOS smartphones, we pay attention to the things that matter – battery life, screen quality and ease of use, for starters. Since we don’t take price into account you can be assured a high-scoring phone can perform, even if you’re paying less. 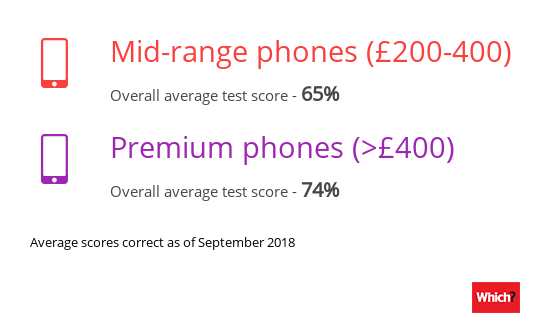 Based on our expert reviews, you’re more likely to pick up a Best Buy smartphone if you spend big. But as our tests show time and time again, you don’t always need to break the bank for a high-scoring smartphone. The average test score of a ‘mid-range’ phone (which we’ve defined as costing between £200 and £400) is only 9% less than premium models. In fact, our cheapest Best Buy smartphone will cost you less than £200.

To see the best mid-range smartphones uncovered in our test lab, head over to our handy guide on the top five best mid-range mobile phones. Alternatively, head to our smartphone reviews to see our full selection of tested models.