Tonight’s concluding episode of The Great British Bake Off will see the winner crowned 2018’s king or queen of cakes. If you’ve been inspired to dust off your apron and prove your own star baker status, you may well be firing up your oven at home, too.

But if your bakes don’t turn out as well as you’d expected, don’t despair. It could well be your oven that’s to blame for a flat sponge, burnt biscuits or even the dreaded soggy-bottomed pastry.

Our in-depth lab tests regularly find ovens that veer away from their set temperatures by 20˚C or more – and some soar way off by as much as 40˚C.  A consistent, accurate oven temperature is vital for turning out showstopper bakes.

More than 170 ovens have passed through our test lab. In our latest batch, we’ve put 15 ovens, from big brands including Bosch, Neff, Samsung, Siemens and Stoves, through their paces. We’ve found five Best Buys that should ensure your signature bakes are worthy of the Hollywood handshake.

Read on to learn what to look out for in a great oven, or head straight to our built-in oven reviews to see which ones are the cream of the crop. 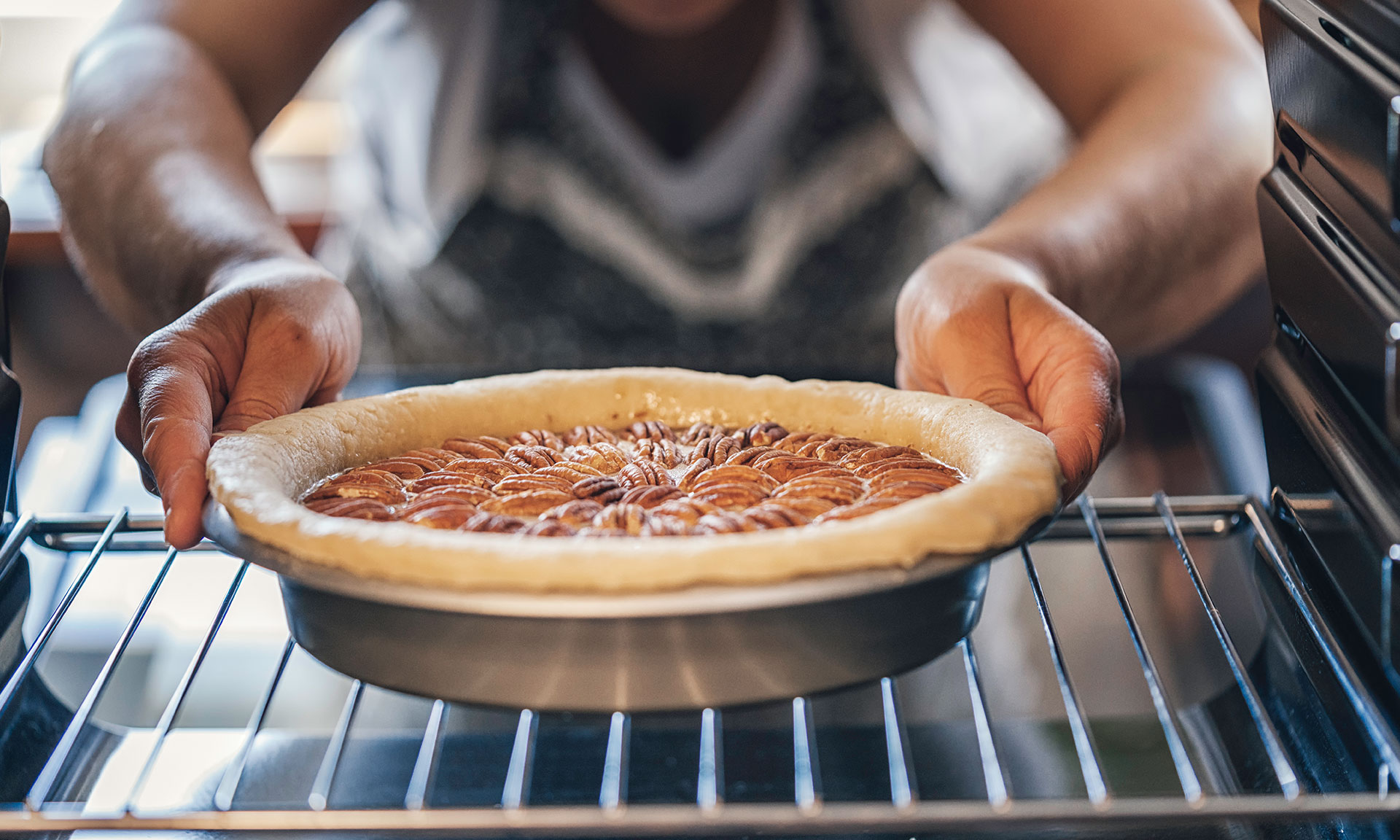 We bake fatless sponges and thin strips of shortbread in all the ovens we test. These tests are quick to reveal how evenly an oven spreads heat, and whether its temperature is accurate and consistent enough to bake a sponge properly.

These qualities are essential for turning out excellent baked goods. But only about a third of the ovens we’ve tested do well enough to score four or five stars for heat distribution and ability to supply heat consistently. So make sure you choose one of these models if you know you’ll be using it for baking.

For speedy batch baking, you’ll need an oven that can rotate plenty of baking trays. Look out for models that come with two or three shelves, telescopic runners and movable shelf positions.

If you’re unsure about any of the features or functions on modern ovens, use our oven symbols and controls explained and oven jargon buster advice pages to explain terms such as multifunction, catalytic and pyrolytic.

Should you buy a Neff oven? 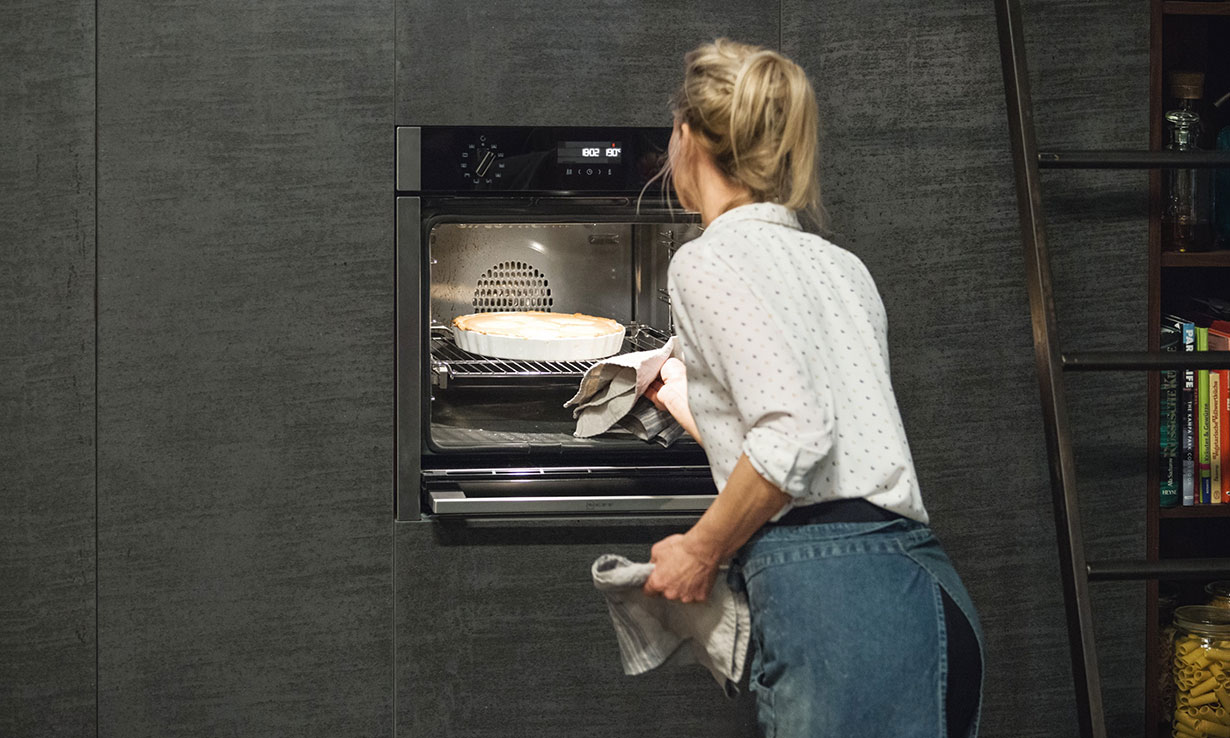 Along with KitchenAid stand mixers, pastel hues and the nail-biting suspense of rapidly collapsing pastry sculptures, Neff ovens, with the brand’s patented slide-away doors, have become a Bake Off staple.

It’s certainly a popular brand among Which? members. In fact, nearly a third of members own one, and eight out of ten owners say they’d recommend a Neff oven to a friend.

But can a ‘Slide and Hide’ oven help you create delicious desserts? Head to our Neff oven reviews to see which models perform best in our tests.

Two ovens for the price of one

The Samsung NV75N5641RS  (£620, below) and Samsung NV75N5671RS (£720) are similar, but the pricier one has a pyrolytic function for easier cleaning, which should do away with the need for scrubbing  inside your oven when it’s time to clean. 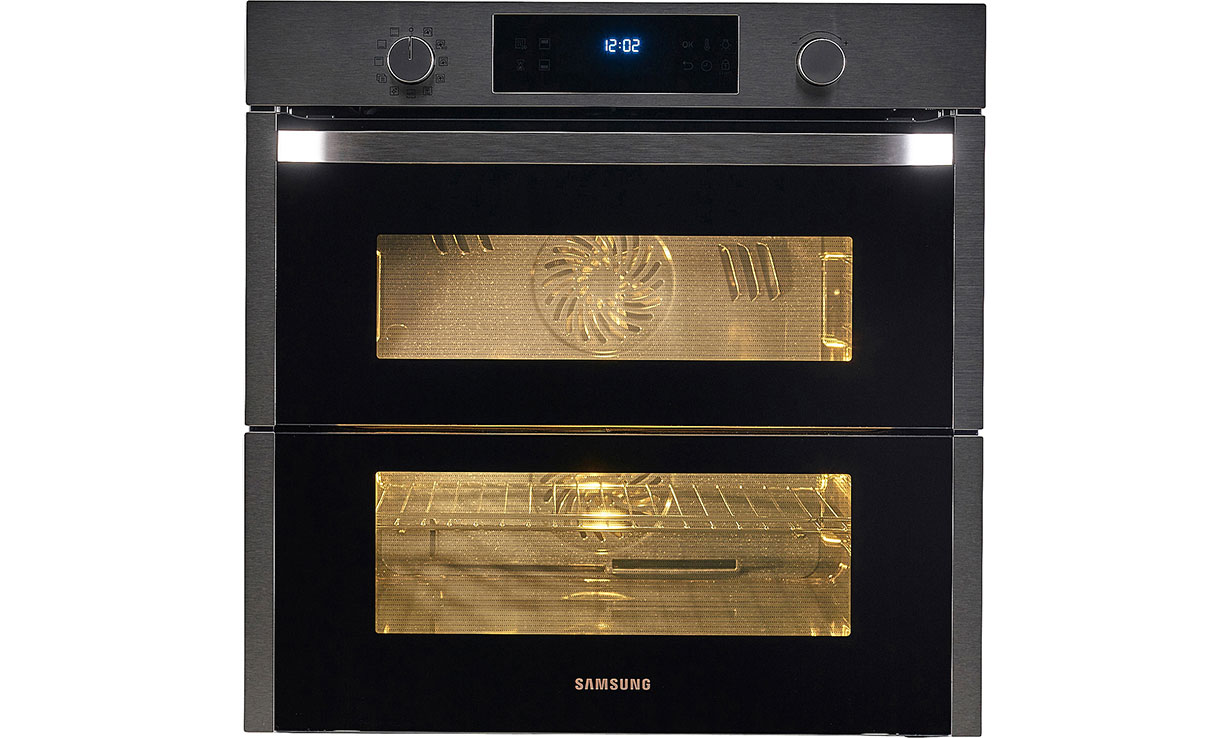 The Beko BXVM35400X (£360) costs several hundred pounds less than the Samsung models so, if it cooks well, this could be a great budget choice. Find out how it fared in our Beko BXVM35400X review.

Black Friday isn’t far away, so even if you’ve already narrowed down your choice of new oven, it may be wise to wait until Friday 23 November to see whether you can bag yourself a bargain Best Buy oven. While Black Friday isn’t always the cheapest time of year to buy new products, there are certainly some good deals to be had on kitchen appliances throughout November, December and January.

If there’s a model that you’ve got your eye on, it’s worth checking its usual retail price ahead of the sales, so that you can get a clear idea of how much you’re saving if you see it discounted.

Follow our advice on how to check if a Black Friday deal is real to make sure you’re getting a genuine bargain.

Here’s a run-down of the latest ovens we’ve tested. Click on the links to go to the review.

Five things you need to know about juice and smoothie diets

Can you actually get a bargain with Sainsbury’s Nectar Prices?