4.2 million claims were closed by train operators in this period, with 94.7% of all delay compensation claims being closed within 20 working days.

Which? managing director of public markets Alex Hayman says: ‘It is unacceptable that train companies have left people making almost a quarter of a million compensation claims waiting more than a month to get a resolution – piling further hassle and stress on passengers who have already suffered from severe delays and unreliability in the last year. It’s little wonder trust in the rail industry is worryingly low.

‘The rail review must ensure that automatic compensation is introduced across the network so that passengers can have their claims resolved quickly and no longer have to jump through hoops to get the money they are owed.’

26 March 2019: If claiming compensation for a delayed or cancelled train sounds like more hassle than it’s worth, the hundreds of pounds some passengers are receiving might make you think again.

We’ve been speaking with passengers who are regularly claiming back compensation after experiencing substandard train services, and cumulatively clawing back some significant sums as a result.

But most of us don’t claim, even when we know we can. In our latest survey of train passengers*, 60% of the 3,740 passengers who had known they could claim compensation, didn’t.

When can I claim compensation for a poor train journey? Know when to exercise your rights and get money back.

Supporters of our Train Pain campaign, and passengers on Twitter and Facebook, shared their stories about the compensation they’ve successfully claimed, including:

How do passengers rate rail firms for commuter and leisure travel? Our article on the best and worst train companies reveals all.

Why don’t some people claim compensation?

In our latest train survey, more than 2,000 people told us that they didn’t claim compensation even when they knew they had a right to, so we asked them why. Here are the top three responses:

Claims for delayed or cancelled train journeys should be made with the train company you travelled with, online or by paper form.

Most train companies now offer a refund under the national Delay Repay scheme, which covers all types of ticket. This entitles you to claim when there’s a delay of 30 minutes or more, with some train companies reducing this threshold to 15 minutes.

Under Delay Repay, passengers can still claim for compensation even when the train company isn’t responsible for the delay – because of bad weather or a signal failure, for example.

For specific information about how to claim compensation with the train company you use, head to our article on how to claim single or return train ticket refunds for delays and cancellations.

Blogger HalimaBobs told us about her compensation experiences: ‘I do remember thinking it wasn’t the most straightforward process (whereas it’s so easy to buy a ticket online), but it’s worth doing as you shouldn’t be out of pocket.’

In our recent passenger survey, nearly half of the 1,283 people who had claimed compensation said they found the process easy, while a third thought it was difficult.

People’s experiences really vary from train company to train company. For the most extreme comparison, while 69% of those who had claimed compensation with London Northwestern Railway found claiming compensation easy, only 35% of West Midlands Railway claimants said the same.

If you’ve never claimed and the prospect of it doesn’t fill you with joy, we sympathise. But, by not claiming when you’re owed, you’re essentially accepting below-par service for full price.

You may not be bothered about claiming the odd quid or two, especially after a particularly horrendous train delay. But over time, those pennies can mount up.

South Western Railway user Jon told us that his annual ticket costs £1,607, and he’d expect to get around £50 back per year – which could be a nice meal out or two. That said, for Jon, the amount itself isn’t that important: ‘For me, it’s not about the money so much as signalling my dissatisfaction with the unreliability.’ 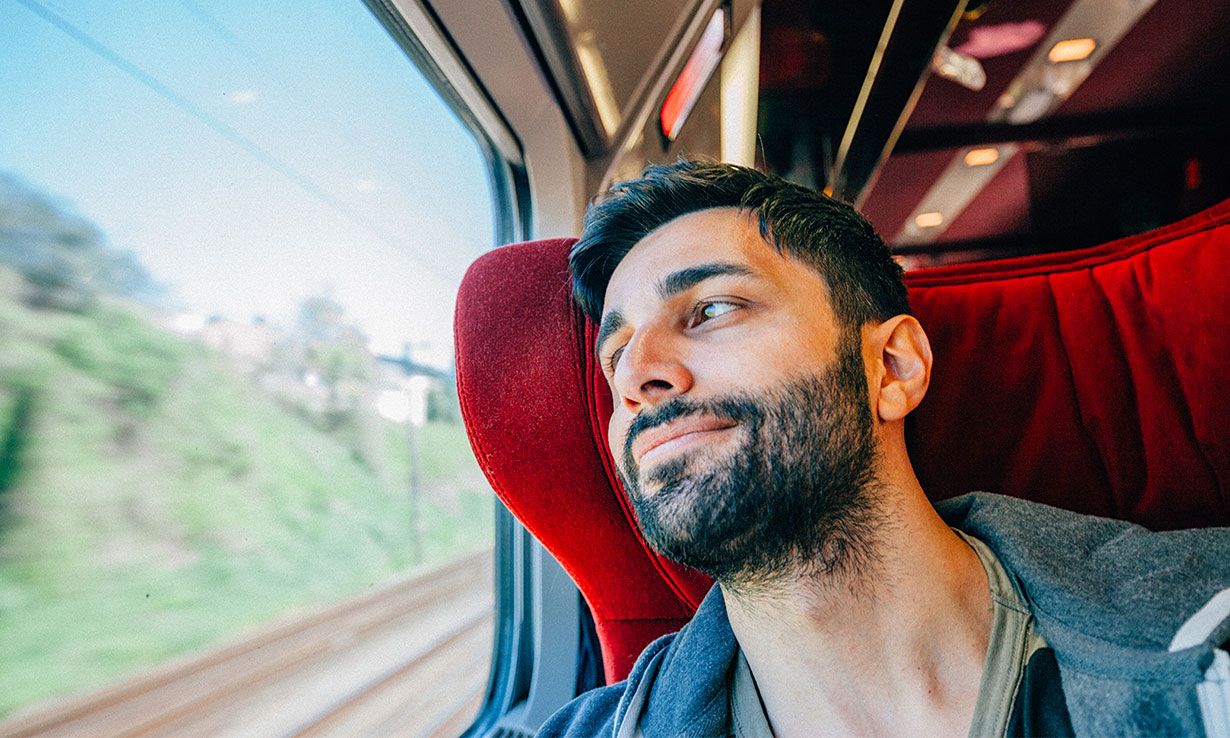 In the long term, we don’t think that passengers should have to fight for the money they are owed.

This is why we’re calling for automatic compensation, meaning money would be immediately transferred into your bank account if you’re eligible to claim.

Some train companies already offer this – such as Virgin Trains and Northern Rail – but we want to see it rolled out across the UK network.

Help us fight for this, and demand a better rail service across the board, by signing up to our Train Pain campaign.

*In October and November 2018, we surveyed 10,000 members of the public about their experiences of travelling with UK train operators.