Whisper it, but there’s a revolution happening on our roads, and its got some of the lycra-clad cycling community a little worried.

Head to your local cycle shop this weekend and we would wager there are electric bikes in pride of place in the front window. Meanwhile, electric bike rental schemes, such as Lime and Mobike, are popping up in cities all across the UK.

The electric bike market, while still relatively small, has shown signs of rapid growth in the past year. So what’s all the fuss about, and what could an e-bike do for you?

What is an e-bike?

Electric bikes are pretty much identical to normal bikes, except that they have a battery-powered motor and small control unit for changing the level of support the motor gives (assistance level).

You still have to pedal, or the motor won’t kick in, but you can choose how much exercise you want to do by adjusting the level of assistance.

Electric bike speeds are capped at 15.5mph by law. You can go faster than this, but only by pedalling. The motor can’t help you beyond this speed.

An electric bike could be the perfect excuse you need to start commuting to work by bike, or getting back into exercise post-injury or after a long absence.

We caught up with Sean Yates at the 2019 London Bike Show to chat about his journey into electric bikes.

Electric bikes buying guide – we explain what you need to know before you buy, and reveal the best and worst e-bike systems

Get back on your e-bike

Electric bikes are expensive, with serious bikes starting from approximately £1,500. But if buying one gets you back out on the open road and building up your exercise levels it could be worth the investment.

The main benefit is that you can choose the level of effort you put in, and dial up the help when you need it. So if your commute is just that bit too long to manage without turning up sweaty-faced and exhausted, an e-bike can ease off the pressure a bit.

Equally, if you love a long country cruise, but are worried you won’t make the whole circuit, or can’t face those punishing inclines, with an electric bike you can simply up the assistance level and breeze through the tricky patches.

E-bikes tend to be heavy though, typically weighing 10kg more than a regular bike. This can make them difficult to carry or transport when you’re not riding them.

E-bikes: view from the saddle

If you aren’t sure about electric bikes, it’s worth trying one out before you buy to get a feel for them. Renting one can be a good way to have a trial run. If you live in Scotland, you can arrange a three or five-day e-bike trial for free, thanks to a scheme run by Home Energy Scotland.

Here’s what a keen cyclist (and self-confessed e-bike snob), and a lapsed cycling fan had to say about riding e-bikes for the first time: 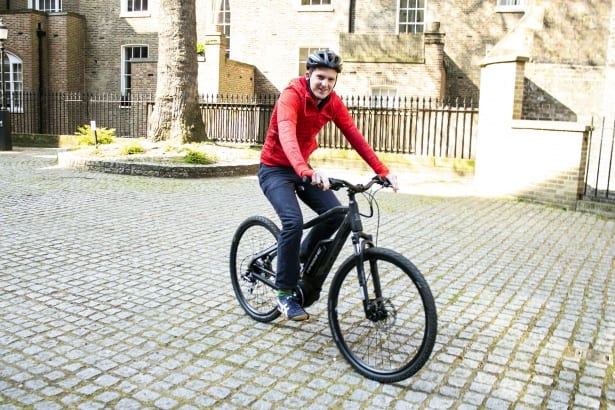 I’m a keen cyclist. I commute to work on a folding bike, and most weekends you’ll find me noodling around the lanes where I live on a road bike.

I’ll confess to initially being a bit sniffy about e-bikes. I was wrong. It still feels like proper cycling. Your heart rate goes up, you get the thrill of the wind in your hair and it’s impossible not to smile when the motor kicks in.

The 15.5mph limit does feel a little restrictive, though. And because they’re so heavy, the bikes can feel a bit like tractors when the motor cuts out; but this won’t bother most. 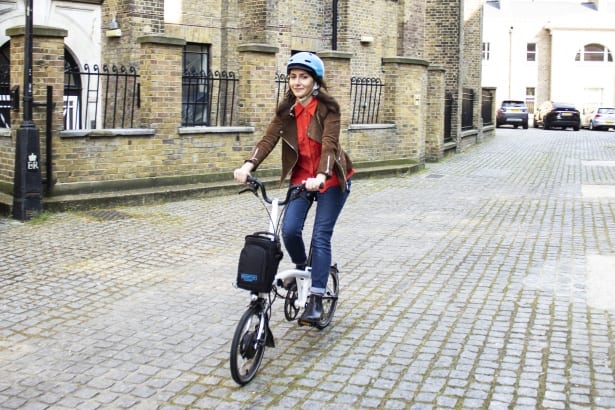 I’ve cycled to work for years but this beloved habit was put on pause when I was suffering from endometriosis, a condition that at its worst made me too tired to cycle 15 miles a day.

I used an e-bike for a few weeks, returning to my regular cycle route across the city, and it was a revelation. Suddenly I could ride effortlessly with other cyclists again. It was a joy to rediscover a happier me, far away from the crush of rush-hour commuter trains.

I still worked up a little sweat, but I think that’s a good thing. It makes the whole experience more real and satisfying, which is important if you’re looking to get some form of moderate exercise in your life.

E-bikes: are they cheating you out of exercise? 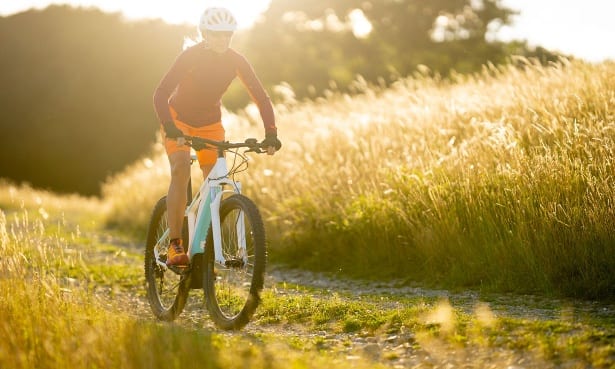 To some, the idea of an electric bike just seems wrong – what’s the point of cycling at all if the bike is doing the hard graft, after all?

Sure, your body won’t work as hard on an electric bike as it will on a normal bike, but it’s still a great form of exercise. You can still get fit and lose weight from riding an electric bike, and you can work your way up to more challenging rides by adjusting the amount of assistance you use.

Rest assured, an e-bike isn’t a cop out – unless you’re a professional cyclist of course. In which case, you’d be joining a long history of inventive ways to bend the rules: 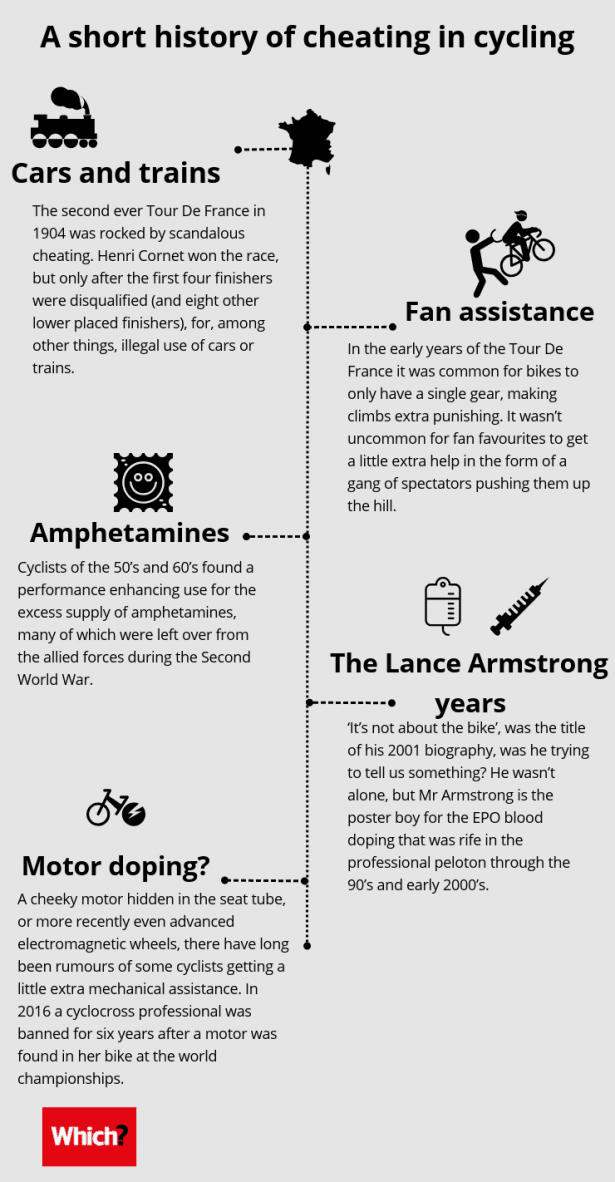 Key things to bear in mind when buying an e-bike

For more, head to our guide on everything you need to know about electric bikes

Keen to avoid the crowds? Nine AONBS rated best for peace and quiet