Rechargeable batteries can be used over and over again – in fact, in our testing, we put our rechargeables under high-drain conditions to see just how long they’ll last before you’ll want to replace them.

Some of the best batteries will last for at least 200 charges before their capacity decreases significantly. Although disposables are often cheaper and don’t require a charger, if you think of how many you’ll have to buy in just one rechargeable battery’s lifetime, it’s pretty clear there’s a great saving.

And that’s not the only good thing about them. Rechargeable batteries are far better for the environment, one of them being that they use a lot of energy and resources in their production for such a short lifespan.

Want to find out which batteries excelled in our tests? Check out our rechargeable battery reviews. 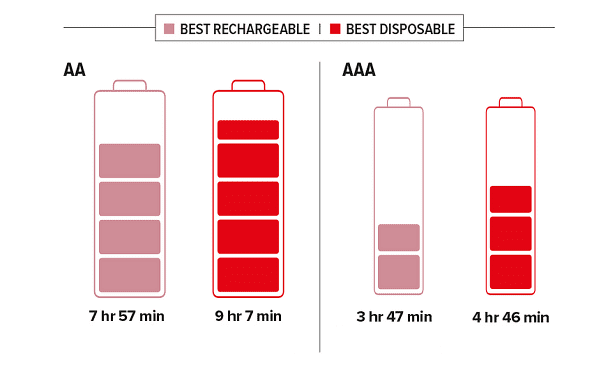 In high-drain devices, such as torches and toys, you’ll get slightly longer from a disposable battery. But when you bear in mind that you can use a rechargeable again and again, and still get plenty of hours of use each time, they’re a definite winner.

In low-drain scenarios, most types of batteries will last for a long time. Low-drain devices include clocks and remote controls, and only use a small amount of power over a long amount of time. If you’re comparing rechargeables and disposables here, you’re not going to notice much of a difference in battery life. But it’s still better to use rechargeables thanks to their other benefits.

You’ll be able to re-use rechargeables instead of throwing them away after just one use, saving you from frequent trips to the shops. If disposables aren’t gotten rid of properly, chemicals from them can leak into the ground and harm wildlife and even humans, if we eat food from contaminated soil or sea. And there’s more chance of that the more batteries we use.

The other advantage of rechargeables is that they stay at a constant voltage. This means, when they run out of juice, they’ll just cut out – much better than if you’re used to disposables which drop in power towards the end of their lifecycle, resulting in dim torches or a half-hearted camera flash. 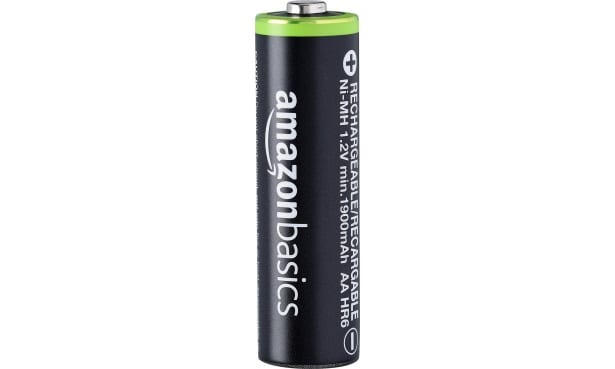 Amazon’s basic AA rechargeable batteries promise to keep their permanent capacity even after multiple recharges. At £19.99 for a pack of 16, they work out at an impressive £1.25 per battery – a lot cheaper than some of the other batteries we’ve tested. But how long to they last on a single charge? Read our Amazon AA Pre-charged 2000 review here. 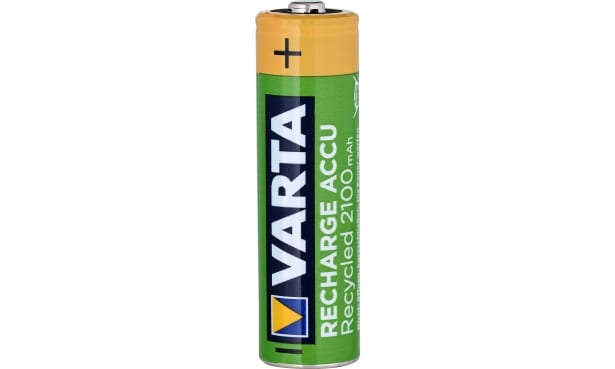 The Varta AA rechargeable batteries are made from 11% recycled materials so, alongside rechargeables being the most environmentally friendly choice compared with disposables, you’ll be doing your bit for sustainability opting for this formula. We’ve tested them on how well they retain charge when stored and how good they are in the short and long-term. Find out how they scored in our Varta AA Recharge Accu Recycled 2100 review. 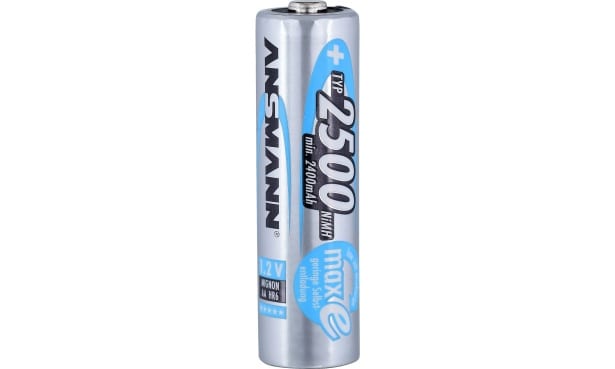 Ansmann’s high capacity batteries are said to be perfect for high power devices, with great long-term use and a promise of up to 1,000 recharges. We’ve run them through our tests to find out how good they are in the long term and also how long they’ll last in the most power-hungry devices on just one charge. Read our full Ansmann AA Max 2500mAh review to find out the results. 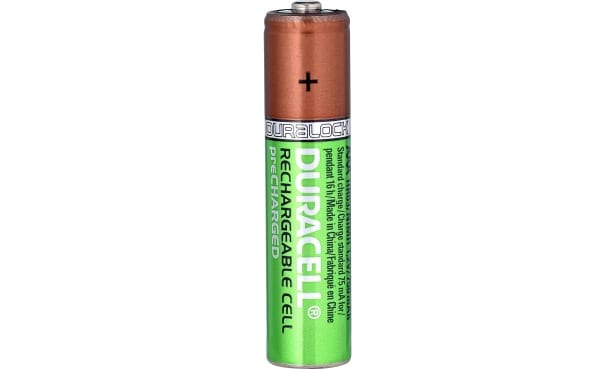 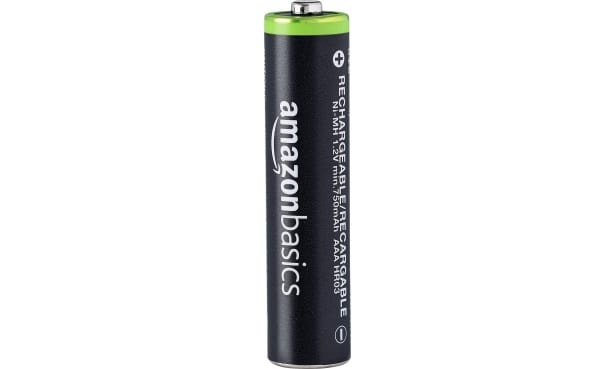 At £10.99 for a pack of 12, Amazon’s AAA Pre-charged 800 batteries are a seemingly great deal. They’re ready to use as soon as they arrive and have low self-discharge technology – which Amazon claim means they’ll retain some charge even after years of storage. Our tough tests reveal whether they’re a steal or if it’s worth investing in more expensive batteries. Read our full Amazon AAA Pre-charged 800 review to find out.

What to look for when shopping for rechargeables

Rechargeable batteries come in different capacities, and this is important to look out for when you’re shopping. In general, the lower the capacity, the shorter the battery will last on a single charge – but they often retain their charge really well and don’t drop in capacity even after hundreds of recharges.

Make sure to keep a look out for anything under 1,500mAh for AAs and 600mAh for AAA – these will be low capacity and you’ll be recharging them much more often.

mAh means milliamp Hour and is a unit that measures (electric) power over time. In general, the higher the mAh, the less often the battery will need to be charged.

Discover the best batteries and how to dispose of them properly in the August issue of Which? magazine