Looking for a new dishwasher deal this Black Friday? You might think they haven’t changed much since you last bought one, but there are plenty of new features and things to consider.

They are smarter, more feature-packed, bigger and (slightly) more efficient than ever before.

Here’s what to consider before you buy so you don’t get confused with the flashy promises on the adverts around Black Friday:

See our round up of the Best dishwashers. 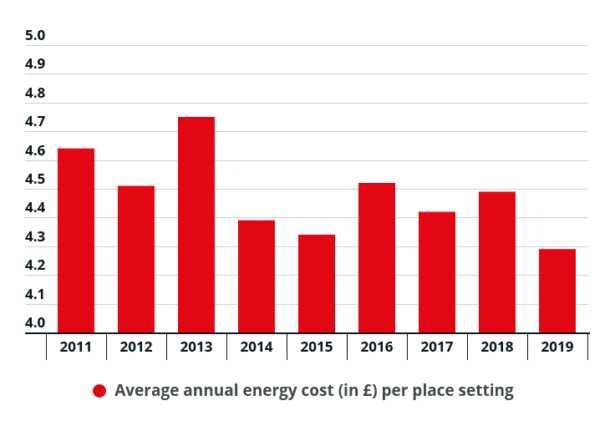 Full size dishwashers have gotten a little more efficient with energy over the past few years.

If you bought a 13 place setting dishwasher in 2011, it would cost around £60 a year to run, based on using it five times a week.

If you bought a similar sized dishwasher now, it would cost around £55 a year. A saving of £5.

This is because the energy efficiency of dishwashers still varies wildly.

Find out: What are the most energy efficient dishwashers?

2. Do I need the fancy programs? 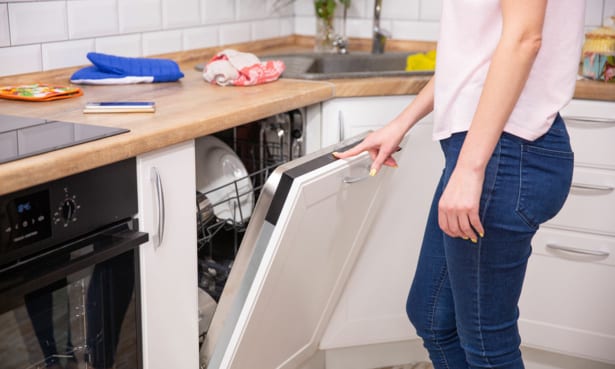 There are more programs than ever before on many new dishwashers, including:

Read our glossary of dishwasher programs to find out more. 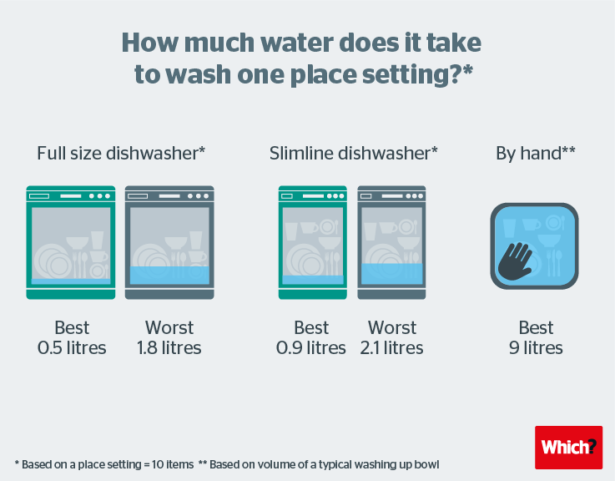 A typical washing-up bowl holds nine litres of water. You can wash a few plates and glasses and some cutlery – about one place setting – before needing to rinse and refill.

A full-sized dishwasher can wash and rinse between 12 and 16 place settings using the same amount of water, so it’s a more efficient way to wash your dishes.

To get the same water efficiency from washing up by hand, you’d need to clean at least a dozen plates, bowls, cups, mugs and tonnes of cutlery on a single washing up bowl.

Have dishwashers got more water efficient?

The average water efficiency rating has gone up from three to four stars (out of five) in the last eight years. This shows that on average dishwashers sold now use a little less water than those from eight years ago. 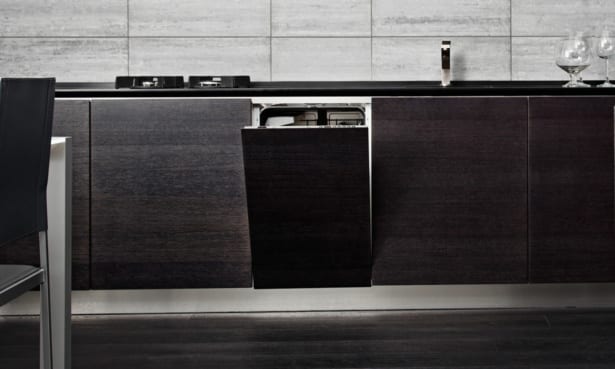 Built in aka integrated dishwashers are designed to be incorporated into built-in kitchens so completely blend into your kitchen, hidden behind a cabinet door.

This is great if you want your kitchen to look streamlined, but they’re often more expensive than freestanding models.

The controls and display aren’t visible at a glance, either, so you can’t see at a glance how long is left of your wash. But some modern dishwashers, such as the Bosch SMV68TD06G/01, get around this by projecting the time straight onto the floor in front.

5. How many place settings do I need? 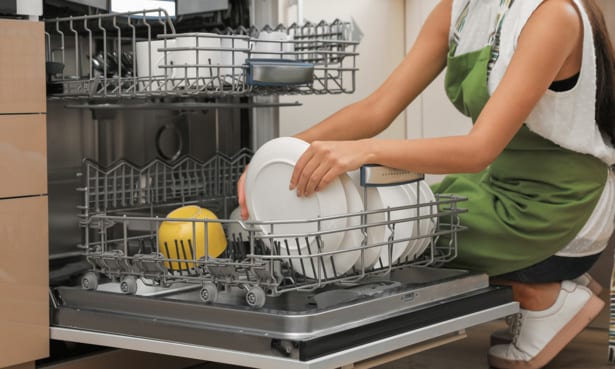 This doesn’t necessarily make loading and unloading them any easier, though. In fact, our testing shows that to fill a 16 place setting dishwasher to max capacity, you have to really squeeze everything in. But having more spaces for plates, bowls, cups and mugs will be handy if you have lots of washing up, even if fitting them all in is a challenge.

For those that don’t need so much space, there are still plenty of regular 12 and 13 place setting dishwasher available from the most popular brands.

A slimline dishwasher may also be worth considering if you don’t have much space, or don’t need to clean as much. But we’ve sometimes found them trickier to load, and our lab tests reveal that they use about the same amount of energy and water as a full-sized dishwasher – meaning per item they’re actually less environmentally friendly. 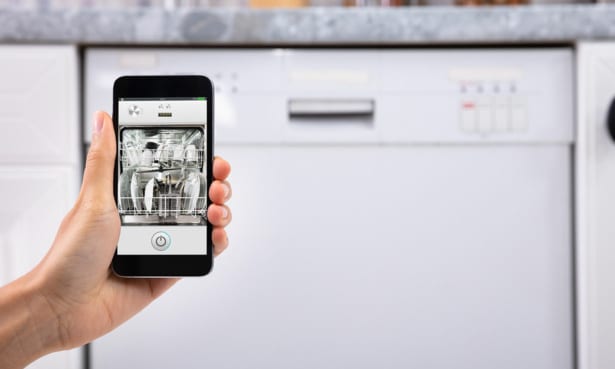 Smart dishwashers connect to your home wi-fi network and pair with an app on your smartphone or tablet.

They started out pricier – usually more than £600 – but recently we’ve seen ones available for less than £300.

Most allow you to start your dishwasher from your phone, but some allow you to automatically order more detergent on a timer and download new programs.

This should give you greater flexibility to operate your dishwasher, but we’re not convinced it’s worth paying more for.

If you forget to put your dishwasher on in the morning, being able to do it from your smartphone won’t be of much use as there won’t be any dishwasher detergent in there and there are also safety aspects to consider with running electrical appliances when you’re not at home.

We’ve begun to include privacy and security testing in our regular dishwasher testing.

See all our smart dishwasher reviews.

7. Does it come in a different colour? 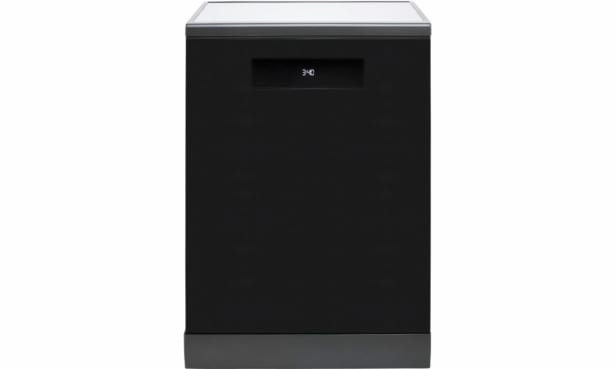 Black, silver, stainless-steel, cream and even bright red dishwashers are available nowadays, but you could have to pay a premium to get the same dishwasher in something other than white.

If you want a different colour it will limit your choice, as many retailers will only sell one colour – either the white one or the black one usually.

Dishwashers with a stainless-steel exterior will acost more because stainless steel is more expensive than the plastic many dishwashers are made of.